A Response to Hooked In Wisconsin

Authored By American Addiction Centers Editorial Staff
Leave a Comment :: Posted to: Addiction in the News, Drugs and the Law

Bear’s story reminds me of the countless women I met in prison battling drug addiction.

“I don’t want to be here. I don’t want this to be my life,” Sarah Bear says from the Marathon County Jail. Currently serving two years behind bars, she is one of 10 people interviewed by USA TODAY-Wisconsin as part of Hooked in Wisconsin, a project that examines the lives of heroin addicts trying to get clean.

Bear’s story is like so many others struggling with drug addiction. Caught up in the endless cycle of drug use for years, she was ready to get clean.  She entered – and completed – an addiction recovery program last fall. Her future seemed bright, and with a couple months of sobriety under her belt, she got a job, found a place to live and was regularly visiting her kids. But then, her roommate kicked her out after an argument and things went downhill fast. Struggling to find housing and maintain her job, Bear found herself using again weeks later.

Ultimately, she felt like her efforts in doing the right things didn’t really matter. She told USA TODAY, “it just seems like you put forth all this work just to have nothing, and so why try?”

Last month, the judge sentenced Sarah to two years in prison on multiple counts of bail jumping and possession of narcotic drugs, even commenting that she was “awfully young” to have been arrested as many times as she had. To make matters even more difficult, she is currently pregnant with her fifth child.

“I guess that’s just what we turn to when everything’s going horrible, instead of turning to something more positive or working through it in a different way,” she said. “That’s the way we cope, is to not cope.”

My Own Journey in Prison 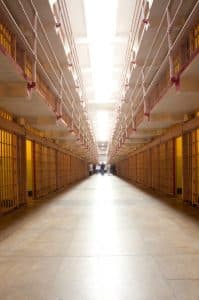 Bear’s story reminds me of the countless women I met in prison battling drug addiction. Even though they came from many different walks of life, their backgrounds were similar: in and out of jail, starting with one drug and progressing to others, using drugs to escape the pain of their pasts.

But like Bear, the women I knew and lived with were good people. They cared about others, loved their family and wanted so much more out of their lives. They wished they could simply walk away from their addictions and live normal, happy and drama-free lives, but the hold drugs had on them was just too strong. For them, being locked up was considered a blessing because it meant a much-needed break from the temptation of using. For many, it also meant a clear head and a renewed desire to stay clean.

Unfortunately, though, prison isn’t designed to help rehabilitate those with addictions. It is simply a place to warehouse individuals for a period of time and release them after their debt to society has been paid.  More often than not, the women I knew went right back to using soon after their release, as the obstacles faced in the “free world” often proved to be insurmountable. Once a person receives the “felon” label everything is more difficult – getting a job, finding a place to live, being accepted by those around you.  It’s no wonder why so many struggle to cope with this new, seemingly hopeless, reality – and oftentimes an unfortunate relapse.

Temptation From Behind Bars

There’s also the temptation factor to account for. Being behind bars, it’s easier to maintain sobriety. Sure, there is still access to drugs, but for the most part, the out of sight, out of mind mantra applies. Once out of prison, however, everything – including any drug in existence – is at your fingertips. This temptation can often be detrimental, especially to those who’ve solely relied on their period of abstinence in prison to keep them sober after release. Being active in addiction ingrains many negative thought patterns, attitudes and behaviors, and simply removing alcohol or drugs without changing these underlying factors is grounds for relapse.

In the end, prison doesn’t teach addicts new coping mechanisms or address the core problems that make them use in the first place. It basically spits the user back out into his or her old drug-using environment without the tools needed to succeed.

Will Bear succeed in staying clean once she gets out? Will her unborn child be enough of a reason to maintain her sobriety? Only time will tell, but I know all too well the uphill battle awaiting her upon her release.  Being hopeful for change isn’t enough.  Beating addiction takes hard work, and it requires constantly working on yourself and through your issues and triggers if you want to be successful.

Still, Bear remains hopeful of her time off the streets and plans to take it one day at a time – both in prison and once released. “All I can do is try and give it my best shot,” she said.  “I have to, because it’s going to end up killing me if I don’t.”

Let us know what you think! Share your story here.