Drug Abuse in the United States

In America, drug policy involves the laws that control the distribution and use of both prescription and illicit drugs. From the classification of drugs according to their potential for abuse to the legalization or decriminalization of certain drugs, drug policy has undergone many changes over the years.

According to the Office of National Drug Control Policy, drug courts send someone to treatment instead of prison every four minutes. Approximately $6,120 is spent in the United States every second on health care and issues related to the use of drugs.

Drug use in the United States is dropping, however, and has been doing so for the last 30 years, according the Office of National Drug Control Policy.

Drug abuse policies address issues such as drugged driving, prescription drug abuse, prevention methods and how drugs affect specific populations. Drug abuse policies in the United States work to help prevent drug abuse and educate the public about the dangers of drug use and sales.

Whereas the 1980s brought a hardline war on drugs to the United States, the public’s opinion on that war has changed over the years. In fact, 67% of Americans would prefer that the government focus more on drug rehabilitation treatment rather than criminal penalties for drug possession, a survey by Pew Research Center showed. 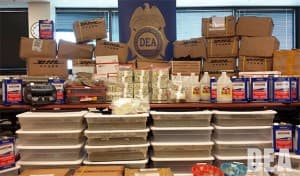 Coupled with the legalization and decriminalization of certain drugs, such as marijuana, in various states, the public seems to be more accepting of the progressive concept that addiction is a disease that must be treated and managed rather than a matter of willpower or moral corruption.

In 2014, the U.S. Sentencing Commission opted to decrease sentences for nonviolent drug offenders in an undisputed vote. In order to avoid recidivism, these released inmates will need to have solid relapse prevention strategies in place. Social and familial support, in the form of a structured outpatient treatment program or 12-step meetings in the community, can help recovered addicts remain strong in their newfound sobriety.

The Drug Enforcement Agency (DEA) schedules drugs according to their drug abuse potential as well as their accepted medical use. The DEA categorizes drugs into five schedules, ranging from most dangerous at Schedule I to those with the least potential for abuse at Schedule V. 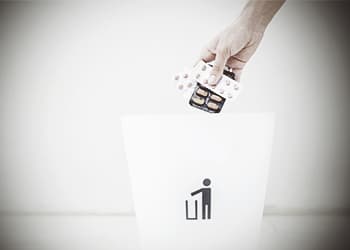 The Above the Influence campaign is used as a teen anti-drug program, while the DFC helps support organizations that promote drug-free living for youth with federal funding.

Prevention has been shown to be one of the most cost-effective ways of promoting healthy communities. Teens who abstain from drugs perform better in school, while prevention programs have ensured fewer drugged drivers and more productive workplaces. Prevention also helps to lower HIV transmission rates and to create safer neighborhoods.

The U.S. government has resources of $1.7 billion budgeted for education and outreach programs to stop drug use before it starts. Drug abuse policies in the United States focus on prevention at the youth level to prevent drug abuse as early as possible.

Populations of the United States

Drug addiction does not respect any ethnic, geographic, or social boundaries, but there are certain groups more likely to be exposed to drug use. 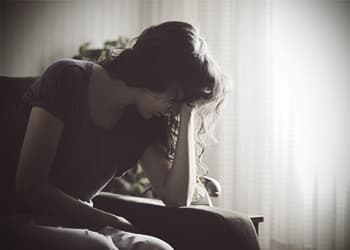 For the members of the military, the government focuses on the ways trauma and combat can affect drug use and abuse. Drug use for veterans is often caused by service-related experiences, so appropriate measures have to be taken to directly treat both psychological issues and physical addictions.

Women, children and families may be exposed to drugs for different reasons. Women may be prone to drug use due to:

Addiction may occur more quickly for these individuals. There are special drug abuse policies with programs in place for women suffering from drug abuse. These include programs focused on maternal health and health during pregnancy.

Drug abuse tends to occur frequently at colleges and universities. The ONDCP supports college and university drug prevention policies, interventions, and treatment and recovery plans that can deal with the effects of drugged driving, underage drinking and more.

Drug use for Native American and Native Alaskan populations has become heavy, and the U.S. government has been working to develop programs tailored to these populations. These policies help by promoting ideas and themes specific to those regions and to help tribal authorities create a strategy that includes treatment, prevention, recovery and law enforcement.