If a Drug Is Legal, Is it Safe?

There is a common misconception, especially amongst young people, that if a drug is legal then it is safe. This is certainly not the case. In fact, many of the most dangerous drugs are legal with a valid prescription. Safe, short-term use of opioid painkillers like hydrocodone and oxycodone can occur when the treated individual closely follows the dosing and schedule outlined by their prescribing health-care professional. However, the same drugs – when abused – can have many detrimental physical and psychological effects. Similarly, benzodiazepines like Xanax and Valium are prescription sedatives that may not cause problems when taken as directed but can be dangerous, if not fatal, when misused or combined with other substances, such as alcohol.

In addition to prescription drugs, there are endless amounts of synthetic, legal highs sold over the Internet and in head shops that mimic the effects of illegal drugs. These drugs are sometimes referred to as “research chemicals” or designer drugs. Spice and K2 – popular marijuana alternatives – typically have labels that read “not safe for human consumption” as part of the manufacturer’s strategy to sidestep drug laws.

The legality of a substance has little bearing on its safety—abuse of any drug is often closely tied to health risks (physical and mental) and negative lifestyle changes.


Why Are Legal Drugs Dangerous?

This fallacy of safety surrounding legal drug culture can hasten the development of long-term complications, addiction, and place individuals at risk of overdose.

Alcohol is widely used and abused. Those who consume it in excess may quickly develop tolerance, physiologic dependency, and, in some cases, experience a dangerous withdrawal syndrome mere hours after the last drink. The health impacts can manifest across a number of organ systems—from cardiovascular to central nervous system, and beyond. Some of the potential short-term effects include:

Oftentimes, people will not act like their “normal” selves while under the influence of alcohol. Their judgment is impaired which can lead them to make decisions they wouldn’t make while sober, such as engaging in unsafe sexual practices, violence, or illicit drug use. There is also an increased risk of suicide while someone is under the influence, per the Diagnostic and Statistical Manual of Mental Disorders (DSM-5). In addition to the adverse effects caused by acute intoxication, there are countless long-term effects from reckless alcohol use that include: 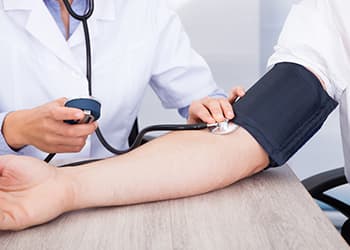 Over time, Spice and K2 can lead to cannabinoid dependence when used frequently. These drugs bind to the same cannabinoid receptors as marijuana, and research has shown that this bond is stronger than that of marijuana. Synthetic cannabinoids produce a similar high to that produced by marijuana—causing relaxation, altered perception, and euphoria.

Due to the ever-changing compositions of these drugs and the difficulty in regulating them, the effects are unpredictable. These may include:

Find out how to help someone who is abusing Spice.

Opioid painkillers can have fatal effects when misused or abused. Continued use can quickly lead to tolerance, which causes the need to take increasing amounts to get the desired results. This can be a dangerous practice, as opioids can profoundly depress breathing—potentially leading to coma and death when used in excess.

These drugs are commonly prescribed, but they have proven themselves no safer than their illicit opiates counterparts when abused.

Opioid painkillers are chemically very similar to heroin and produce nearly identical effects; for this reason, in some cases, those who abuse them go on to abuse heroin in order to get the same feelings at a lower cost.

It’s important to get help for prescription painkiller addiction, as the consequences can be deadly.

Some harmful and possibly surprising effects of opioids include:

Benzodiazepines like Ativan are extremely habit-forming, and may carry a number of risks when abused. Even those who take them as directed over a certain period of time may eventually experience tolerance and develop a physical dependence to the sedative

As with opioids, there is a risk of experiencing life-threatening respiratory depression if taken in high doses, which may become increasingly more likely as people begin to take large doses to counter the phenomenon of tolerance. There are numerous detrimental effects associated with benzodiazepine abuse, such as:

Although legally prescribed benzodiazepines can be quite beneficial pharmaceuticals for managing acute panic attacks, they are not safe to use recreationally. They are sometimes abused in party settings in which alcohol is present and the combined effects of these central nervous system depressants can lead to coma and death.

Prescription stimulants – such as Adderall, Ritalin, and Concerta –  have gained popularity as a study aids or as party drugs due to their energizing effects. Oftentimes, people will abuse these drugs by taking more than directed, or crushing and snorting the pills. This misuse can accelerate the development of substance dependency. Effects of abuse include:

What many students may think is just a helpful way to increase attention and energy while studying is actually a dangerous and potentially life-threatening practice. If you’re abusing drugs like Ritalin or Adderall, you don’t have to suffer any longer. You can find help at .

“Research chemicals” encompass a variety of designer drugs, mostly sold on the Internet. They can come in powders, crystals, or herbal forms and are created to mimic the desirable effects of known illegal drugs without containing banned substances.

Like Spice and K2, the effects of designer drugs are unpredictable, as the chemical components are always being altered in order to sidestep law enforcement. These drugs haven’t been tested on animals or humans so users are taking a huge risk when purchasing these highs.

Designer drugs can be hundreds of times stronger than the illegal drugs that they mimic, which can have grave results. There are hundreds of different research chemicals on the market at any given time, increasing one’s risk for a wide range of physical and mental health issues, including: 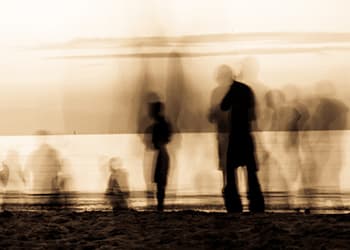 It’s important to note that research chemicals are not legal because they’re safe, but rather because it isn’t realistic for the FDA to be able to keep up with every new designer drug or “research chemical” that’s released. Each time a new one is banned, a chemical company tweaks the recipe and releases a new form of the same drug. There’s no regulation as to what substances you are putting in your body when you buy and use these drugs. The effects can be volatile and potentially fatal, sending thousands of people to emergency rooms across the country for preventable injuries and illnesses.

Whether you’re looking for a specific type of rehab treatment, substance related info or additional guides, below are some our popular and recommended.