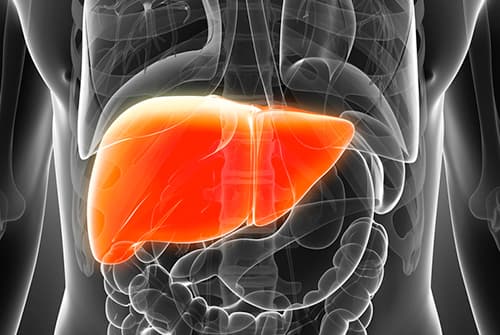 The Function of the Liver

The liver plays an extremely important role in the body. It ensures the removal of toxins and has numerous other functions, including:

Further functions of the liver include 1,2:

How the Liver Metabolizes Drugs

When blood enters the liver via the portal vein, it carries nutrients as well as drugs and other toxic substances the individual may have consumed 1. The liver’s job is to detoxify these drugs and remove the byproducts resulting from the process of metabolism 1.

The majority of drugs are fat-soluble, meaning that they are difficult to pass in urine. The enzymes in the liver work to break down these substances and convert them into water-soluble forms, which can then pass in bile and/or urine.

A hepatocyte, or liver cell, contains several sub-cellular organelles that serve as the primary sites of drug metabolism. Additionally, there are dozens of hepatic enzymes that contribute to a complicated chain of events that eventually result in the breakdown of drugs (and other liver toxins).

Not everyone metabolizes drugs at the same rate. Different genetic and physiological characteristics can influence the speed at which an individual metabolizes a drug. A few influential factors are as follows:

Certain medical conditions can slow drug metabolism. These include:

Even different drugs themselves can alter the rate of metabolism; some drugs fall into the class of enzyme inducers, which boost metabolism, while others are classified as enzyme inhibitors, which reduce the speed in which a drug is broken down.

In many cases, the liver is able to metabolize drugs (and other toxins) without significant damage to the organ itself. However, when persistent detoxifying demands are made of the hepatic system – for example, when drugs are taken in excess, when the frequency of drug use is on the order of daily or hourly, or when multiple substances are consumed simultaneously – drugs can cause significant, cumulative damage to the liver. 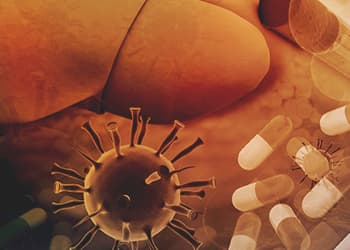 Drug-Induced Liver Injury (DILI) occurs when the consumption of a substance, such as a drug, nutritional supplement, medicinal herb, or plant, causes direct damage to the liver. In some cases, there might not be any symptoms, which can allow damage to go unnoticed. 3.

While some drugs, such as acetaminophen (also known as Tylenol), elicit predictable and dose-dependent effects on the liver, others may have unforeseeable results, oftentimes unrelated to dose 3. DILI typically occurs within three months of beginning the drug, but it can vary from a couple hours to a year after drug initiation 4.

These drugs, among others, can cause drug-induced hepatitis even in moderate doses. It’s important that you take your medication exactly as prescribed and avoid drinking alcohol while taking it 5.

If you have drug-induced hepatitis or any other drug-induced liver damage, your physician will likely tell you to stop taking the medication immediately 5. The symptoms usually dissipate once the individual stops taking the drug, although medical treatment may be necessary in cases of excessive acetaminophen consumption 5.

Factors that Raise Your Risk of DILI

A few risk factors that increase a person’s chance of experiencing drug-induced liver injury include 3, 6:

When your doctor prescribes you a medication that is known to cause liver damage, you will want to make sure to tell him or her what other medications you’re on in the case of possible drug interactions.

Alcohol and the Liver

When alcohol reaches the liver, it is broken down and excreted through the urine. This process produces many harmful by-products, such as free radicals and acetaldehyde, that may play a part in liver toxicity 8. If consumed in moderation, the liver typically has no problem with alcohol metabolism, but chronic and long-term alcohol abuse can lead to significant liver damage 8.

Cirrhosis is characterized by scarring of the liver, which blocks the flow of bile and blood and inhibits proper functioning. The harm caused by cirrhosis of the liver is irreversible, but early detection can prevent further damage.9

Some signs and symptoms of cirrhosis include 9: 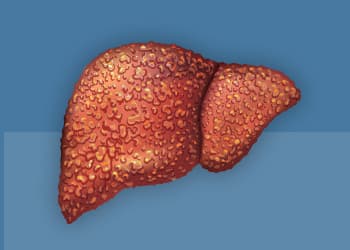 Some signs and symptoms of alcoholic hepatitis are 10:

Individuals with alcoholic hepatitis may have a variant of the disease called alcoholic steatohepatitis, which presents as pathological fat accumulation in the liver. It is caused by an increased production of fatty acids due to poor nutrition 12.

Severe forms of alcoholic hepatitis may lead to the following complications 10:

Individuals afflicted with alcoholic hepatitis are more vulnerable to infections, such as 10:

Although not actually caused by alcohol use, hepatitis C, which is an infection leading to liver inflammation 20, is very common among those who abuse alcohol 19. Chronic hepatitis C that goes untreated can lead to liver damage and liver cancer 20.

When combined with heavy alcohol intake, the amount of harm done to the liver is compounded 19. Those with hepatitis C that consume alcohol have an increased risk of developing liver disease and cirrhosis 19. For this reason, patients who are diagnosed with hepatitis C should abstain from drinking any alcohol.

Drugs that Can Damage the Liver

There are certain drugs and drug classes that have a higher likelihood of damaging the liver. These substances include 3, 5, 7:

If you or someone you love may be at risk of substance induced hepatic injury, it is vital that you be aware of the signs and symptoms of liver damage so that you can seek medical attention immediately.

Symptoms of liver damage include 5, 18:

There are many different things you can do in order to prevent liver damage. Be mindful of the following tips 5, 7:

If you or someone you know is struggling with substance misuse or addiction, it’s important to know that there is help out there. American Addiction Centers owns and operates a 24/7 addiction helpline that can help answer your questions about substance abuse, connect you with suitable rehab centers, and verify your insurance benefits. Recovery is possible; call us today at to get started.