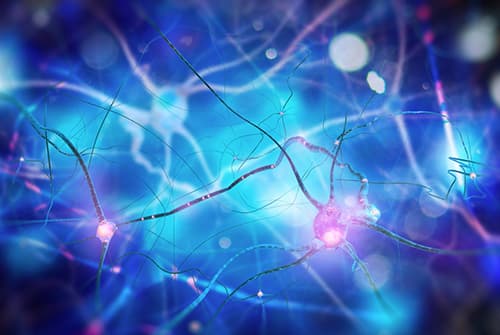 While substance abuse may cause a user to feel a short-lived euphoria or impart a sense of temporary well-being, the adverse effects can be dangerous and, in some instances, may lead to permanent brain damage. Chronic drug and alcohol abuse is associated with a number of severe neurological risks, some of which may be fatal.

Central nervous system (CNS) stimulants, such as cocaine and methamphetamine, speed up brain activity, blood pressure, and heart rate 1,2. Stimulant users may experience strokes as a result of constricted blood vessels and elevated blood pressure, which may result in sudden death 1,2.

Not all stimulant drugs are the same, however; each has unique neurological risks associated with abuse. 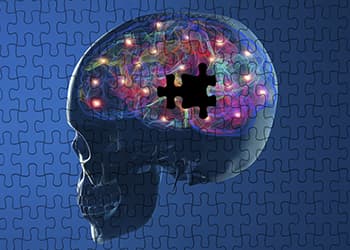 Methamphetamine (“meth”) can cause permanent damage to certain brain cells, particularly those involved with dopaminergic chemical signaling 3. Dopamine is an important neurotransmitter involved in the reward pathway of the brain, and when an individual abuses meth long-term, dopamine levels may decrease. Some studies have demonstrated an association between the cumulative damage to the dopaminergic system and an increased risk of Parkinson’s disease 18. Research from the University of Utah found that meth users were 3 times more likely than non-illicit drug users to develop Parkinson’s disease and that the risk may be higher for women 4.

Furthermore, research has revealed that abusing methamphetamine, as well its chemical cousin MDMA (“ecstasy”), can have neurological consequences similar to that of a traumatic brain injury (TBI) 5. Traumatic brain injuries are often a result of a sudden blow to the head or an object piercing the brain through the skull 6.

Meth and TBI both result in protein changes in the brain that can lead to subsequent cell death and brain inflammation 5. Research suggests that neurological damage associated with methamphetamine abuse may not always be reversible, even with sustained abstinence 5.

Chronic cocaine abuse can cause users to have seizures 7.

Besides cardiac arrest, seizures are one of the leading causes of cocaine-related deaths in users 7. Long-term cocaine abuse appears to cause a process known as “kindling,” in which it takes smaller and smaller doses over time to induce the same or more severe negative effects, such as seizures 8.

“Sensitization” may also occur in those suffering from chronic psychiatric disorders. Sensitization refers to a state in which psychotic symptoms like paranoia get worse with continued cocaine use.

Chronic alcohol consumption, particularly when combined with poor nutrition, can lead to neurologic damage over time. It is common for someone afflicted by alcoholism to be deficient in many vital vitamins, including vitamin B1, or thiamine – an essential nutrient found in meat, poultry, whole grain cereals, peas, soybeans, and nuts. As many as 80% of people who are addicted to alcohol do not get enough thiamine in their diets 9.

Wernicke-Korsakoff Syndrome, which consists of Wernicke’s encephalopathy and Korsakoff’s psychosis (or Korsakoff’s syndrome), is a grave neurologic condition caused by a lack of vitamin B1. The former is a short-lived condition, while the latter is enduring and disabling 9.

The symptoms of Wernicke’s encephalopathy are 9, 10:

Up to 90% of those with Wernicke’s encephalopathy eventually develop Korsakoff’s psychosis, 9 which is characterized by the following symptoms 9, 10:

Korsakoff’s psychosis interferes with a person’s ability to form new memories 9. Individuals with this condition are often easily frustrated by the problems that arise from forgetting conversations and events that just occurred 9. 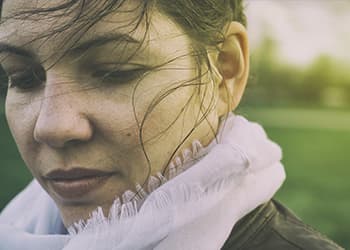 The group of drugs known as opioids is comprised of the prescription painkillers, such as Vicodin, Percocet, and oxycodone, as well as illicit drugs, such as heroin. Research suggests that long-term heroin use can cause the white matter in the brain to degenerate, which can interfere with the following 11:

Although more research is necessary to confirm the negative impacts of long-term opioid abuse, data suggests that chronic heroin or painkiller use alters the function and structure of the brain, leading to issues with 12:

Further, opioids cause severe respiratory depression – slowed or arrested breathing which can lead to an insufficient supply of oxygen to the brain. Over time, the limited oxygen flow can lead to irreversible brain damage 13.

Inhalants, which often are easily accessible household items, can cause a range of neurotoxic effects when abused. Most notably, sniffing or huffing inhalants can lead to seizures and/or a coma 14. Sudden sniffing death syndrome, in which irregular heart rate causes fatal heart failure, may occur within minutes of only one use.

Since inhalants have different chemical components, they will vary in terms of the damage they can cause. For example, toluene or naphthalene can harm the myelin sheath of nerve fibers, which helps to conduct impulses 14. Nerve damage caused by inhalants is clinically similar to that of patients afflicted by multiple sclerosis 14, which is a central nervous system disease characterized by 15:

Chronic inhalant abuse can lead to problems with 14:

Drugs and the Brain’s Reward Pathways

The mesolimbic dopamine system is the brain’s reward pathway and is an important circuit that connects a number of different structures and promotes motivation and survival 16. Dopaminergic cells release dopamine in response to natural rewards, such as engaging in sex and social interactions, and eating food, thus positively reinforcing those behaviors 16. Dopamine also communicates with the memory centers of the brain, telling them to store the pleasurable feelings associated with an activity so it can be repeated later on 16.

Drugs hijack the brain’s reward pathway. When someone abuses a drug, an excessive amount of dopamine is released into the synapse, leading to euphoria. Over time, the brain begins to adapt to the overflow of dopamine by both decreasing the amount of dopamine receptors at the synapse and becoming more efficient at transporting or clearing dopamine from the synapse 17. This means that without the drug, a substance user will find less pleasure from natural rewards.

If you’re unable to stop using drugs or alcohol and need help, don’t hesitate to call us today at . Someone is available 24 hours a day to discuss treatment on a confidential basis.