Effects of Drug Abuse on the Male and Female Reproductive Systems

Substance abuse can negatively impact the reproductive health of both sexes in a number of ways and may contribute to serious problems like sexually transmitted diseases (STDs), infertility, and cancer.

Women who use drugs and alcohol while pregnant put their unborn children at risk of pregnancy-related complications and future problems that can impact their health and ability to function in the world.

It is crucial for both men and women to understand the effects of drugs on their reproductive system in order to make more informed decisions about their health.

Effects of Drugs on the Female Reproductive System

Research on humans and animals has found that women are generally more vulnerable to the long-term physical effects of drugs and alcohol compared to men 2. Differences in physiology, weight, and hormone levels can affect the breakdown of drugs and alcohol in the body. In particular, drug use can harm the reproductive system and impact women in one or more of the following ways:

Avoid worsening adverse effects and even turn them around by getting the help you need.


Effects of Drugs on the Male Reproductive System

Men may experience one or more of the following reproductive problems as a result of drug and alcohol use:

Effects of Drugs on Pregnancy 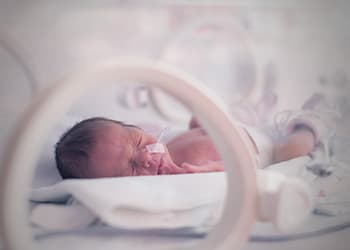 Women who use alcohol and other drugs, including heroin, cocaine, methamphetamine and marijuana, risk harming their unborn children 1. Drugs and alcohol can easily pass through the placenta to the fetus, increasing the risk of:

Women who use illicit drugs during pregnancy are up to two times more likely to have a stillbirth. Some infants become dependent on the drugs their mothers take and go through withdrawal shortly after birth. This is common in infants exposed to heroin and other opiates, alcohol, benzodiazepines, barbiturates and caffeine.

Drugs that may have a negative effect on infants during pregnancy include:

According to the National Survey on Drug Use and Health (NSDUH), in 2013 approximately 19% of women in their first trimester and 5% of women in their second trimesters reported drinking alcohol while pregnant 10. Despite the fact that almost one in five women drink alcohol while pregnant, the National Institute on Alcohol Abuse and Alcoholism (NIAAA) states that there is no safe level of drinking during pregnancy 11.

Drinking alcohol while pregnant can increase the risk for: 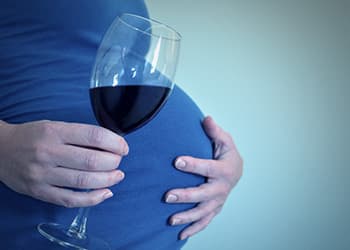 Abuse of alcohol and other drugs can cause serious harm to your reproductive system and to a developing fetus. If you need help to stop using drugs and/or alcohol, don’t wait another day. Call to get help now.