Dangers of Snorting and Sniffing Drugs

Users abuse drugs in varying ways; some drugs are taken orally, while others are smoked, injected, or snorted. Each mode of administration elicits its effects differently and presents with unique dangers. Compared with oral routes, snorting or insufflating drugs may produce more intense and rapid effects, which can ultimately increase the rate of addiction onset as well as place users at relatively higher risk of overdose and other substance abuse-related health concerns.

Some drugs that are commonly snorted include:

When a user snorts a drug, he or she inhales the substance — usually as a powder or crushed pill — through the nose. This mode of administration is also referred to as nasal insufflation.

Snorting a substance, such as cocaine or heroin, is one of the more rapid ingestion routes since the drug bypasses the digestive tract and, later, the liver – where the drug would otherwise be subjected to an initial round of processing (e.g., first pass metabolism). Instead, nasally insufflated drugs go straight into the bloodstream via blood vessels in the nasal cavity.

Upon entering the bloodstream, the drugs travel quickly to the brain, thus eliciting a host of intense effects shortly after snorting. 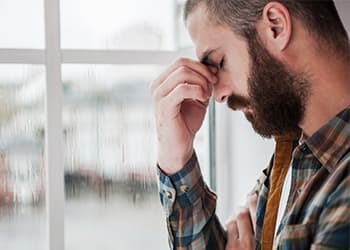 Snorting drugs can have detrimental effects on your health. For people who repeatedly snort drugs, such as heroin or cocaine, the cumulative irritation of the external nares (nostrils), nasal passages and sinus structures can lead to a number of adverse events, such as:

In addition to the usual suspects (i.e., cocaine), many people will snort prescription drugs that have been crushed into a powder, such as opioid painkillers and prescription stimulants. These medications may come in extended-release formulas intended to slowly release the drug into your system throughout the day. Users may crush and snort the pills or otherwise tamper with the extended-release mechanism to release the effects immediately. This produces an amplified high but also increases the risk of negative consequences and overdose.

Sniffing (“Huffing”): Dangers of Inhalant Use

Sniffing, or “huffing”— not to be confused with snorting — is the term associated with inhalant abuse. Inhalants, which can be gases, solvents, aerosols, and nitrites, are often household products, such as:

Due to the ease of accessibility and perceived safety as compared to other drugs, adolescents may be drawn to sniffing inhalants. When inhalants are breathed in through the nose or mouth, the high is immediate and intense but only lasts for a few minutes. Due to the short duration of effects, many people who abuse inhalants will repeatedly sniff over a period of many hours in order to maintain the high.

Sniffing inhalants can produce a host of short-term effects on the mind and body, such as:

Due to nausea and vomiting while under the influence, many inhalant-related deaths are caused by the aspiration of vomit into the user’s lungs. In addition to the dangerous acute effects of huffing, long-term inhalant users place themselves increasingly at risk of experiencing several medical and psychological complications, such as:

Huffing may also cause damage to the:

These complications will vary in association with the specific toxic chemicals contained in different kinds of inhalants.

You can recover from addiction. Get help finding treatment today at .

Snorting drugs such as cocaine can have fatal consequences. Cocaine is a profoundly addictive stimulant that can drastically raise the user’s blood pressure and heart rate, which can lead to a number of overdose situations. When someone uses cocaine, even for the first time, he or she can suffer from a heart attack or stroke, according to the National Institute on Drug Abuse. In fact, research has revealed that cocaine users are about 4 times more likely to experience sudden death than non-users.

Further, CDC data show that in 2014, more than 28,000 people died of an opioid overdose. Snorting heroin or prescription painkillers, particularly opioids that are extended-release, can lead to an overdose due to profound respiratory depression. An opioid user’s breathing may slow to a dangerously low rate, which can lead to a coma or death.

Similar to cocaine, inhalants can be life-threatening, even for a first-time user. The fatal syndrome caused by abusing inhalants is referred to as “sudden sniffing death” and is caused by an irregular heartbeat or heart failure. Furthermore, an inhalant user may die of suffocation if using with a paper or plastic bag over his or her head.

If you or someone you know suffers from a drug addiction, help is available. There are many different treatment options to consider when looking for a recovery program. Some examples of drug addiction treatment programs include:

Call our helpline for free at to speak to a treatment support specialist about drug addiction recovery programs or how to help a loved one. There are also free drug abuse hotline numbers you can call.