The Prevalence of Substance Abuse in the Workplace

Substance abuse permeates every aspect of life for those suffering from addiction, and that behavior doesn’t get put on hold during a 9-5 job. Employees engaging in substance abuse during work hours is a more common occurrence than most people think, regardless of random drug tests and the risk of discovery.

To look at trends in workplace substance abuse, our team conducted a survey to see how many people from a random sample have used illegal drugs or alcohol while at work. The results were intriguing and we’ve compiled the most interesting insights below. 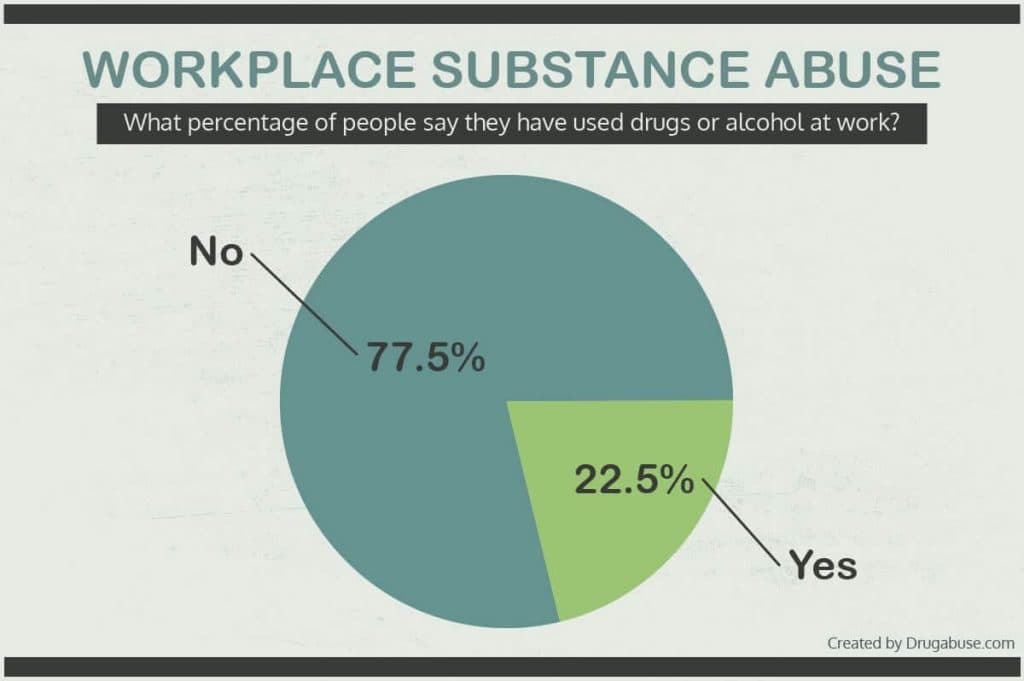 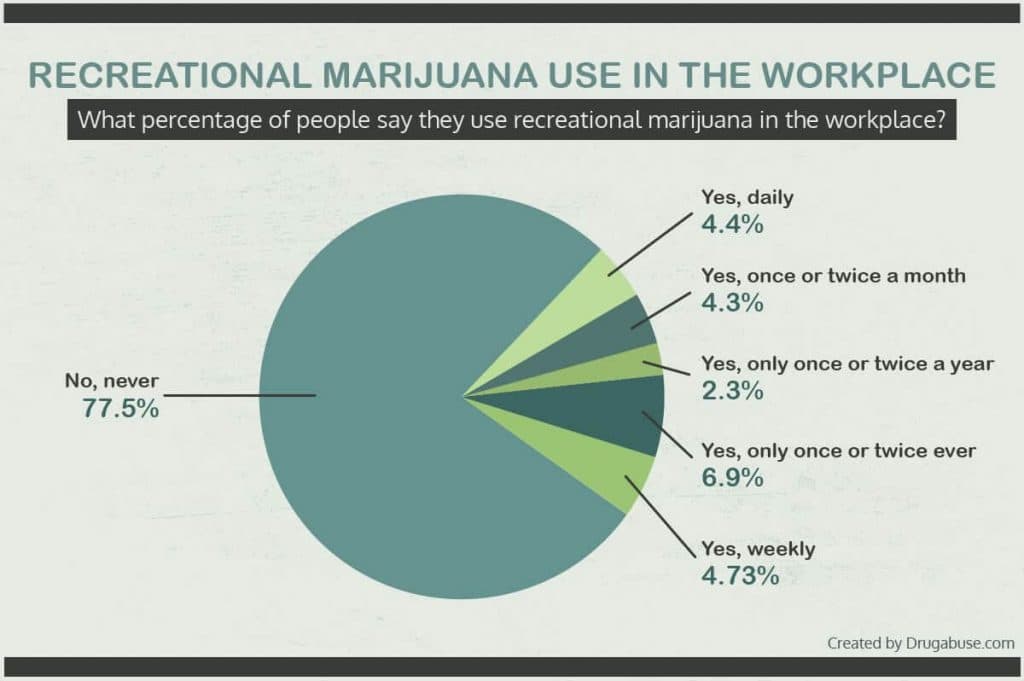 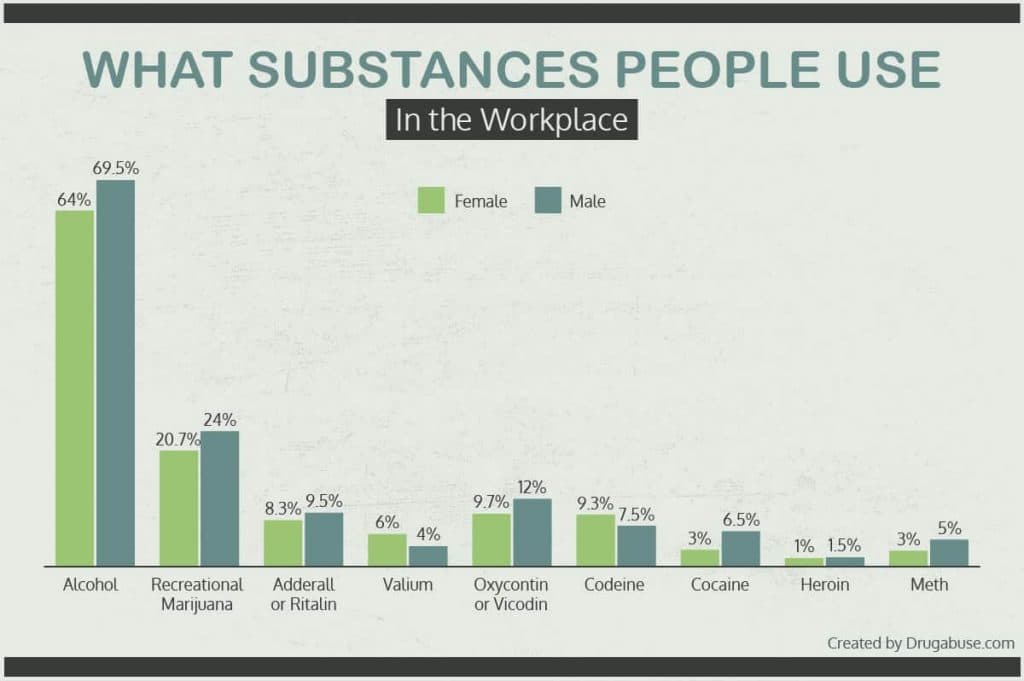 A whopping 66% of people admit that they have once used alcohol during work hours. Marijuana was the second most common substance to be used during work hours, with over 22% of respondents saying they have used the drug recreationally at work. Over 10% of people admit to using Oxycontin or Vicodin at work outside of medical need at work. Codeine, Adderall, and Ritalin all had similar rates of use in the workplace, hovering at a little over 8%. 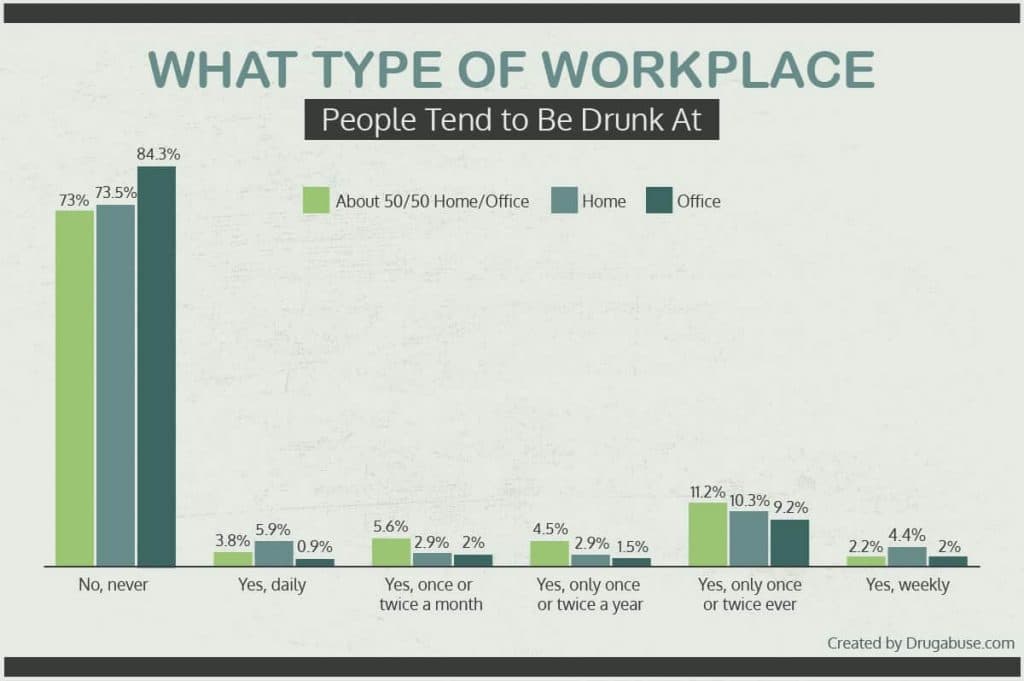 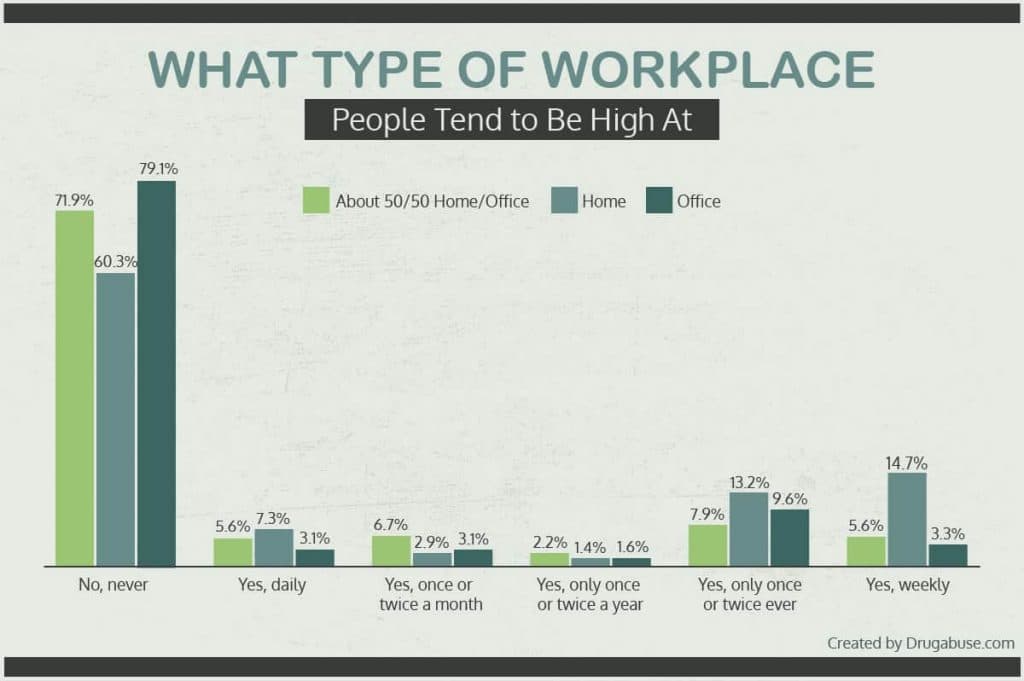 People are far more likely to get high at work than to be drunk during work hours, according to our results. 40% of people who work from home full time say they have gotten high before and during work hours. 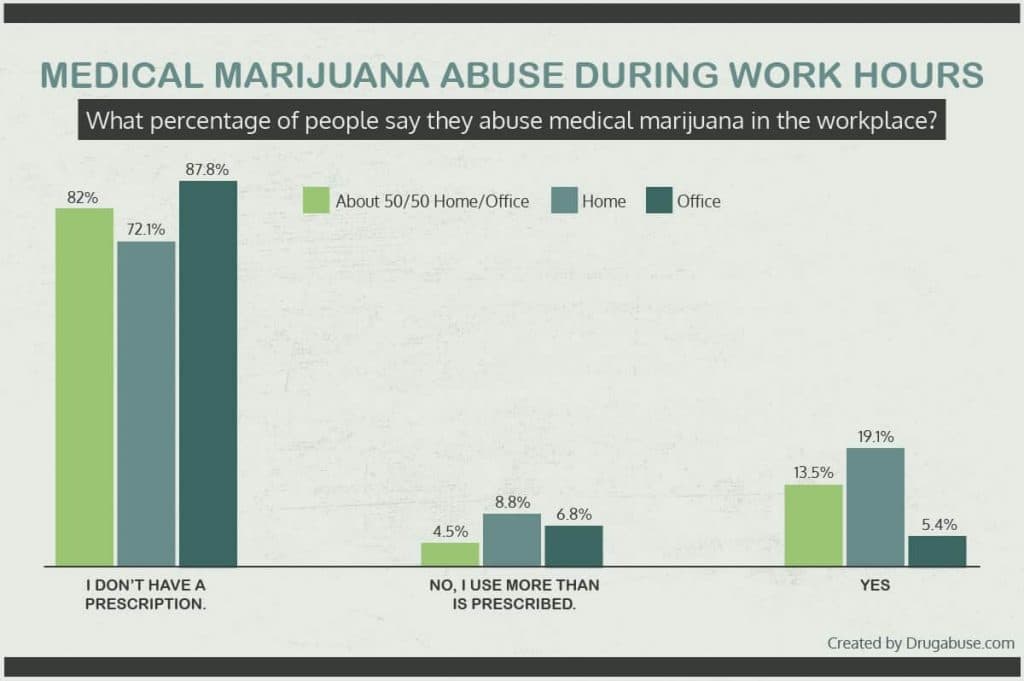 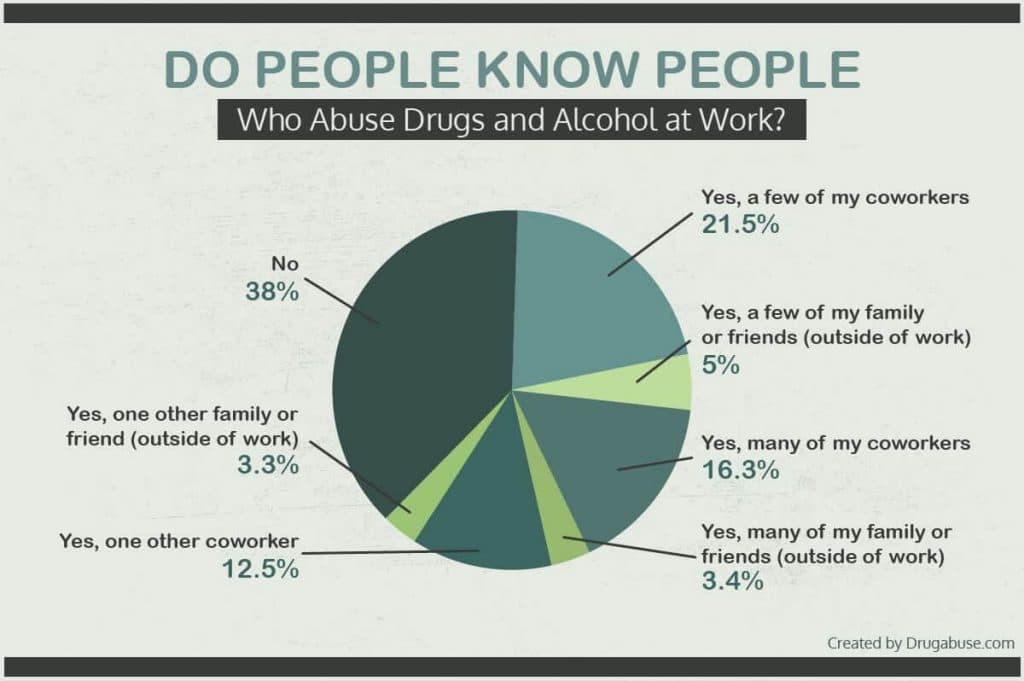 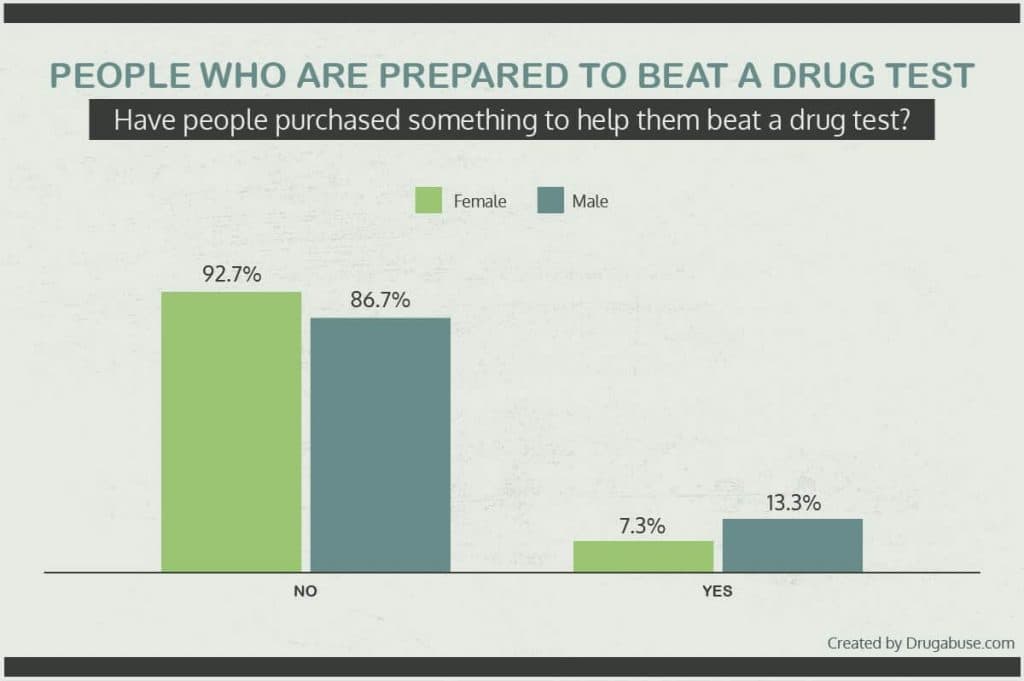 Substance abuse in the workplace is an ongoing problem, and those who struggle with this sign of addiction need help and support. If you know someone struggling with addiction, contact us here.

Whether you’re looking for a specific type of rehab treatment, substance related info or additional guides, below are some our popular and recommended.