Alcohol is considered one of the most harmful substances, with 1 in 20 worldwide deaths attributable to drinking 1, 2. Alcohol overdose is startlingly common­­—6 people die from alcohol poisoning every day in the United States, most of them adult men 3.

Knowing the cause and effects of alcohol overdose can help prevent unnecessary deaths and prepare you to take action in potential poisoning scenarios.

Signs and Symptoms of Alcohol Overdose

When a person overdoses on alcohol, blood alcohol levels elevate to a point that a  number of vital brain processes become so slowed that the person is at risk of dying without even first being aware that they are in serious danger. Overdose deaths involving depressants like alcohol can be the result of a number of pathological processes, including irregular heartbeat, slowed or stopped breathing, choking, extreme dehydration, and dangerously low body temperature 4.

Alcohol poisoning, which can lead to overdose death or lifelong brain damage, involves a number of warning signs 4:

Someone in overdose may also have a slow heart rate and may choke due to a dulled gag reflex 4.

If someone is experiencing any combination of these symptoms, it is vital that they receive medical help right away. Alcohol poisoning is not always a situation that resolves with time, as the already-ingested alcohol can continue to do damage by entering the bloodstream and circulating throughout the body even after the person has lost consciousness. Never assume someone who is intoxicated will be fine because he appears to just be passed out 4.

Alcohol overdose requires medical intervention—cold showers, drinking coffee, eating food, and “walking it off” will not work. Waiting to call 9-1-1 can be a deadly mistake.

The Importance of Taking Action

Recognizing the signs of alcohol poisoning can mean the difference between life and death. The following video tells the story of one young man’s tragic and untimely death due to alcohol overdose and the failure of his peers to recognize the signs and take action. 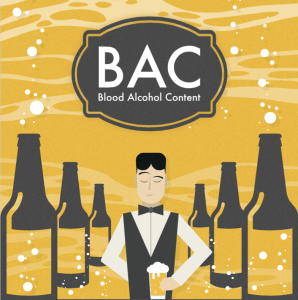 Alcohol overdose happens when a person drinks so much that their brain begins to shut down several functions vital to sustaining life such as breathing, temperature control, and heart rate 4.

The number of drinks that will result in a state of severe toxicity is different for every person and is influenced by a number of variables, including the drinker’s body mass and how quickly the drinks are consumed.

Additional factors that regularly come into play during instances of alcohol overdose include:

Tolerance refers to the seemingly diminishing effect of alcohol as a person drinks more often and in higher quantities. The more a person drinks, the more accustomed their brain becomes to the presence of alcohol, and they will begin to need higher and higher doses to achieve the same subjective effects. However, the damage incurred also increases as well; when a person with a high tolerance seeks alcohol’s intoxicating effects, he may inadvertently drink more than his body and brain can handle.

In contrast, people that are new to drinking may not know their own limits when it comes to drinking, leading to excessive consumption and increased risk of alcohol poisoning. Trying to keep up with other drinkers or to drink more in order to seem “cool” can lead to over-consumption and dangerously high levels of alcohol in the body.

Even if it doesn’t meet the criteria to be defined as a binge, simply drinking quickly can also increase overdose risk. On average, the human body can process one ounce of liquor (or one standard drink) every hour 6. Drinking more than this in an hour will typically result in a state of subjective inebriation. Some people drink much faster than this, consuming high quantities of alcohol in a short amount of time, as in the case of shots or drinking games. This leads to a rapid rise in the body’s BAC, which can have very dangerous consequences for the drinker. Those whose rates of drinking outpaces the onset of the expected intoxicating effects may not be able to gauge just how much they have had to drink, and quickly find themselves in a situation of alcohol poisoning.

The time between consumption and intoxication varies from person to person and depends on 6:

If someone does not wait for the alcohol to be fully absorbed from the digestive tract into the circulation, where it may exert its effects, he may unwittingly consume a toxic dose.

What to do in Case of Alcohol Overdose

If you suspect that you or a friend are experiencing alcohol overdose, seek help immediately. Do not wait for a person to show all the signs of overdose. Calling 9-1-1 can ensure that the person in danger is helped as soon as the paramedics arrive, rather than waiting to drive to the hospital, This can make a big difference when it comes to the potential damage alcohol can cause.

Make sure the person in danger is not alone—he should have a capable person with him to make sure he does not hurt himself. A person suffering from alcohol poisoning is extremely vulnerable. Left on his own, he can fall unconscious and hurt himself, choke on his vomit, or even stop breathing.

If the intoxicated individual is unconscious, make sure he is not on his back, as this increases the chances of choking. Gently roll him on his side and do not leave him alone. If his body begins to get very cold, wrap him in a blanket and make sure he stays warm. In the case of breathing problems, you can try and arouse him to remind him to breathe, but do not attempt CPR unless you are professionally trained.

The most important step to take if you believe yourself or someone else is experiencing alcohol overdose is to call 9-1-1 and get professional medical help as soon as possible.

Alcohol overdose is an avoidable risk. Knowing the factors that can contribute to alcohol poisoning will help you prevent it in yourself and others. Monitoring the number of drinks consumed and making sure to keep this amount within safe limits is a great way to avoid alcohol overdose.

In addition, avoid combining alcohol with other substances. Drinking while under the influence of stimulants can blunt the subjective effects of alcohol, leading an individual to drink more. Alcohol in combination with other depressants – such as benzodiazepines or opioids – can lead to pronounced, cumulative sedation, greatly increasing the chances of deadly consequences. It is best to be aware of how the alcohol is affecting your body, rather than confuse these effects with the high of other substances. 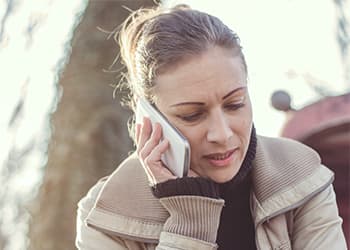 If you notice risky drinking habits in yourself or a loved one, seeking treatment for alcohol addiction may be the best option. In treatment, individuals learn:

If you are struggling, help is available. Your new life can begin today by confidentially calling 1-888-744-0069 .

Ethanol, or alcohol, is abused more than any other drug among those engaged in treatment, as Recovery Brands revealed with a 2017 survey. Out of all the survey responses, nearly 70% of people went to treatment to get help with a drinking problem, and a shocking 52.87% of respondents sought the most treatment for alcohol abuse. Despite the wide variety of abused substances individuals seek treatment for, ethanol seems to cause the most widespread damage. Fortunately, you are only one call away from getting help. Talk with our treatment support specialists at 1-888-744-0069 to discuss your program options and start your recovery today.