What Is Alcohol Abuse?

Those who abuse or misuse alcohol are not necessarily addicted to or dependent on alcohol. An individual can misuse alcohol without drinking on a consistent basis. For example, an individual who abuses alcohol may only drink once a week. However, when that individual drinks, they may put themselves in risky situations or drink enough to cause problems.2

Addiction is a chronic disease that involves uncontrolled, continued substance pursuit and use despite any harmful consequences.3-6 Individuals who suffer from alcohol addiction are often diagnosed with an alcohol use disorder (AUD), and they may also have developed a dependency on alcohol.

The effects alcohol has can vary between people, and there are factors that influence those effects, including age, health status, family history, and how much and how often one drinks.2

What are Common Methods of Alcohol Abuse?

Alcohol abuse symptoms can vary. Binge drinking and excessive use of alcohol have a wide range of consequences, from nausea and headaches from a hangover to severe liver problems from chronic drinking. In the short term, drinking too much can be very dangerous, sometimes deadly. Effects may include:2,5,7

The risk of significant personal harm or long-term health problems are increased with chronic alcohol consumption. People who use excessive amounts of alcohol are at higher risk of:2,5,7

How is Alcohol Use Disorder Diagnosed? 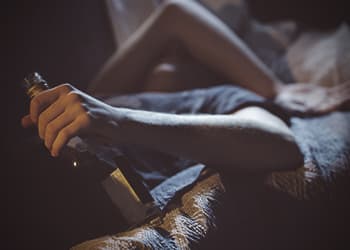 When has drinking progressed to alcoholism?
Learn more.


Alcohol Combining with Other Drugs 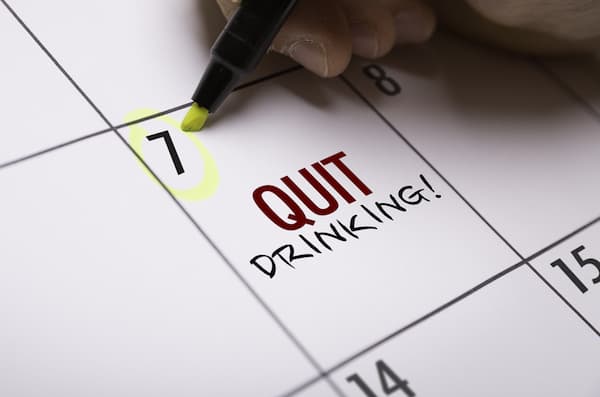 Individuals who wish to overcome problems with alcohol use or who suspect they may have alcohol use disorder have a number of options. You may, for example, wish to contact a free alcohol addiction hotline (or drug abuse hotline number).

According to the National Survey on Drug Use and Health (NSDUH), more than 2.4 million people age 12 or older received substance use treatment in 2017 for alcohol use alone.8 Many of the individuals who are treated for alcoholism and alcohol abuse often seek outside help from treatment centers and therapy sessions.

Alcohol treatment centers are designed to help individuals who are addicted or who abuse alcohol in a number of ways. Some treatment centers require an individual to stay at the center for a specific amount of time while others offer outpatient treatment. Many centers offer both long- and short-term treatment options.3

During treatment, individuals go through detoxification. Detoxification is the set of interventions used to keep a person safe as they readjust to a lack of alcohol in the body.9,10 Medical detox is extremely important for someone dependent on alcohol because withdrawal can cause delirium and potentially life-threatening seizures, along with other very serious symptoms.2,9,10

Treatment with therapy and possibly medication should follow detox.10 Treatment centers are designed to provide support in the form of individual therapy, as well as group therapy and educational classes on drug addiction. During therapy sessions, patients can explore their reasons behind their excess alcohol consumption, as well as what they can do to overcome their abusive behavior.3

Inpatient treatment allows patients to receive care in a structured, controlled environment.3 With housing, medical care, and various forms of therapy, inpatient treatment can be best for those who do not have an effective home support system or are dealing with a more severe form of alcohol abuse.3

Ryan Kelley
NREMT
Ryan Kelley is a nationally registered Emergency Medical Technician and the former managing editor of the Journal of Emergency Medical Services (JEMS). During his time at JEMS, Ryan developed Mobile Integrated Healthcare in Action, a series of in-depth articles on Community Paramedicine programs across the country that go beyond transporting patients to emergency rooms and connects specific patients, such as repeat system users, the homeless and others with behavioral health issues and substance use disorders, to definitive long-term care and treatment. In his current capacity as Medical Editor for American Addiction Centers, Ryan works to provide accurate, authoritative information to those seeking help for substance abuse and behavioral health issues.