Get the Facts on Alcohol Abuse 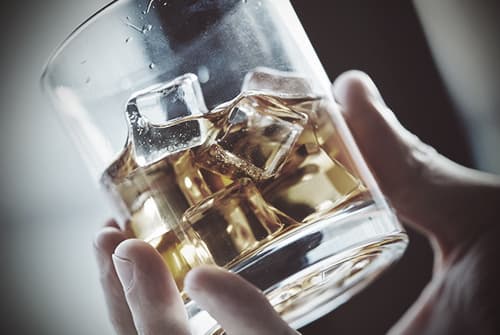 As a substance that most adults can easily obtain from their neighborhood store, or order off the menu at a favorite restaurant, the hard facts about alcohol use and abuse are frequently overlooked. Statistics about alcohol abuse can be quite alarming, however.

Placing a spotlight on the damaging effects of alcohol consumption helps bring awareness to, and hopefully helps to fight this nationwide problem.

The Short Term Effects of Alcohol Use

The drug ethanol is more commonly called ‘drinking alcohol‘ or simply ‘alcohol’. Alcohol is an organic compound, produced in various ways from the fermentation of sugars. Its chemical structure makes it easy for alcohol to cross human cell membranes and, therefore, highly diffusible into all tissues in the body, including the brain. Ethanol acts as a central nervous system depressant, with a wide range of alcohol use effects based on dosage, speed of ingestion and the resultant concentration in the blood over time.

The concentration of alcohol is measured in percentage units of ‘blood alcohol content’ (BAC). Tolerance to the physical influence of alcohol tempers the effects in some individuals but, in general, the following percentage ranges roughly describe the short-term effects possible at different BAC levels.

Not all drinkers stop after a single drink. Furthermore, an evening consisting of multiple drinks doesn’t always occur in isolation. Chronic alcohol consumption can quickly lead to a whole host of detrimental effects:

A less commonly known outcome from prolonged alcohol consumption is the increased incidence of a variety of cancers (with risk being heightened even more who smoke in conjunction with drinking). Aside from the personal health impact that alcohol abuse has, one must also factor in an increased association with violent crime, and accidents (car or otherwise). All told, the economic costs of alcohol abuse are in the hundreds of billions of dollars.

The United States Centers for Disease Control and Prevention (CDC) has reported that nearly 90,000 people die annually from alcohol-related causes, placing it in third place on a list of preventable causes of death in the US.

Video: How Alcohol Affects Your Brain and Body

Alcohol abuse can nebulously be defined as having maladaptive or unhealthy drinking behavior. This could include drinking too much at a single moment in time, or continuing to drink every day. Most alcohol abusers know that what they are doing is detrimental to their daily lives, but are unable to easily discontinue the behavior. If a person continues to abuse alcohol, they may quickly find themselves meeting the criteria for an alcohol use disorder, which include:

If you or a loved one meet the criteria for alcohol abuse or dependence, and are ready to seek help, call our toll-free number at .

Drinking Too Much – Recognizing Alcohol Overdose

We previously outlined some of the effects of alcohol based on blood alcohol level. The overdose phenomenon known as “alcohol poisoning” can occur in those higher levels when BAC percentage is so markedly elevated that areas of the brain normally dedicated to life preserving functions such as respiration and heart rate regulation begin to fail. Symptoms of such an acute alcohol overdose may include:

Seek immediate emergency medical help should you witness any of the aforementioned symptoms.

Video: How to Handle Alcohol Poisoning

Getting Clean and Sober

There are a number of treatment options available (discussed in more detail below) to aid the transition to a clean and sober lifestyle.

Common Questions and Answers about Alcoholism and Problem Drinking

What are some signs of alcohol dependence? Dependency can occur in someone who drinks heavily and repeatedly, and can include tolerance to alcohol, withdrawal effects when abstinent, as well as continued drinking behavior despite recognizing the problem exists.

Can a problem drinker or alcoholic simply cut down their drinking? While a problem drinker may be able to achieve this, a clinically diagnosed alcoholic will not be able to. It is an inherent part of alcoholism that sufferers are unable to moderate their consumption, at least in the long term

What are the safe levels of drinking? For most healthy adults, two drinks per day for men and one for women is believed to be acceptable, where a drink can be a 12-oz. bottle of beer, a 5-oz. glass of wine or similar. Some people should avoid alcohol completely, such as recovering alcoholics, those on certain medications, those with certain medical conditions, and those driving or using machinery that requires care and concentration.

Can women drink during pregnancy? Research has established that heavy drinking during pregnancy can harm the baby. That said, it is still unknown if there is any safe level, so total abstinence is recommended for pregnant women.

Isn’t alcohol good for my health? While some studies do support that moderate drinking can be beneficial in some cases, the negative health effects of excessive drinking far outweigh these. This should never be used as a justification to continue drinking.