Alcohol addiction is one of the most common substance abuse problems in the United States. A 2015 National Survey on Drug Use and Health report shows that among adults, nearly 27% admitted to binge drinking in the past month, and 7% of them said they drank heavily in that same month 1. Problematic drinking behaviors such as these may eventually give way to the compulsive patterns of abuse that underlie an alcohol addiction. Other signs of alcohol addiction are persistent cravings or a powerful desire to use alcohol and drinking despite the negative impact and detrimental consequences. Doctors use the term alcohol use disorder to refer to the condition that occurs when alcohol abuse leads to this kind of distress or harm. Nearly 15.1 million adults ages 18 and older suffered from an alcohol use disorder in 2015 alone 1.

Around 88,000 people die each year due to alcohol-related causes, and the National Institute on Alcohol Abuse and Alcoholism reports that alcohol is the fourth-leading preventable cause of death in the U.S.1 Addiction treatment is an essential component in bringing down these numbers.

However, while treatment is beneficial for your recovery and overall wellbeing, it is not uncommon to relapse after a period of sobriety. In fact, some schools of thought see alcohol relapse as a normal part of the recovery process. So it’s important to understand what a relapse is and how to respond once one has happened.

Drug abuse treatment can usher you safely through all stages of the recovery process.


What Is a Relapse?

In its simplest terms, a relapse is when you start drinking again after a period of abstinence 2. Heavy cravings or obsessive thoughts about drinking can feel impossible to ignore in the early days of recovery, especially if you are experiencing stress or feel unhappy in your day-to-day life. Despite your best efforts to stay clean and sober, you may turn to drinking as a familiar coping mechanism and relapse.

Relapse happens, in part, because of the chronic nature of the disease of addiction. According to the National Institute on Alcohol Abuse and Alcoholism, evidence shows that roughly 90% of people with alcoholism relapse within 4 years after completing treatment 3.

For those who view alcoholism as a chronic, relapsing disease, such as the authors of the book, Relapse and Recovery in Addictions, relapse acts as an impetus for learning more about what a person needs to sustain long-term recovery 4. With the belief that people who suffer from alcoholism are powerless over their disease, then, it makes sense that they may need to attend treatment numerous times before they are truly able to conquer their addiction.

Alcohol relapse rates vary widely in clinical studies, but some studies show that people who receive treatment have a short-term remission rate between 20% and 50% 5. Somewhat discouragingly, other studies indicate that between 20% and 80% of people who receive treatment and experience short-term remission are estimated to relapse in the long-term 5.

Why Do People Relapse on Alcohol? 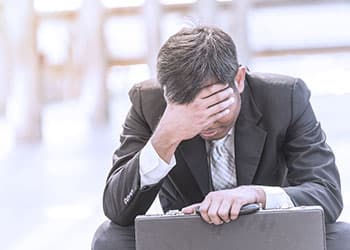 The alcoholism relapse process may be the result of a progressive series of problems, according to substance abuse expert Terence T. Gorski 6. In his perspective, relapse is seen as a series of individual problems exacerbated by negative situations. Everything gradually becomes more overwhelming until a person reaches a point where they feel out of control. In such cases, some people tell themselves the only possible source of relief is alcohol.

Another perspective, presented in a 2013 study published in the journal Clinical Psychological Science, involves the possibility that some people relapse because of feelings of shame and embarrassment about their drinking. They feel that they are “bad” people who are unable to change who they inherently are. These feelings are warning signs that may increase their chances of alcohol abuse and relapse 7.

However, alcohol addiction relapse can also be an opportunity to work on the issues and triggers that first led to the development of the addiction. For those who have already been in treatment, it might signal that it’s time to try a different approach. If you are looking to learn more about alcohol addiction, visit our trusted resource library.

A strong craving to drink may be precipitated by many factors that vary from person to person. People tend to experience several warning signs of alcohol relapse, including 2, 5, 8:

What to Do When You Relapse on Alcohol


Some of the steps a person may take if they experience a drinking relapse include 5, 6:

Going to Treatment After a Relapse

After a relapse, a person’s support system—which might include their therapist, psychiatrist, family, friends, or sponsor—may advise them to enter a treatment program again. This is not a sign of weakness but a sign that they are ready to stand up again despite having stumbled. It’s not uncommon for people to experience repeated relapses—it can take numerous attempts to remain abstinent for life.

Some of the mental and emotional symptoms that may follow an alcohol relapse can make it difficult for a person to admit to a renewed need for treatment, including 6:

If you’re not sure where to turn for help, call to speak to a treatment support professional about your rehab options.

How to Create an Effective Relapse Prevention Plan 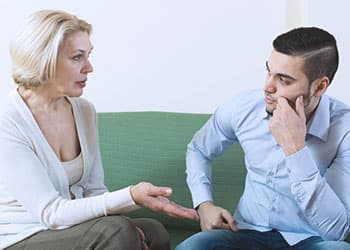