Why Are Amphetamines So Addictive?

Written by: American Addiction Centers Editorial Staff
On This Page

Amphetamines are a class of synthetic drugs that similarly stimulate the central nervous system (CNS). They are prescribed for legitimate use in the management of attention deficit hyperactivity disorder (ADHD), narcolepsy and, rarely, in cases of extreme obesity.

Despite their status as legal, yet controlled prescription substances, they are also illicitly abused for their potent stimulant effects that are similar to those of cocaine.

Through their stimulant effects on various processes in the body, and the rewarding high that they elicit, amphetamines have the potential to be physiologically and psychologically addictive.

Through direct molecular interaction and resultant stimulation throughout the nervous system, the amphetamines have the potential to increase activity in both the body and the brain. While this increased activity can boost alertness, attention, and energy, it can also generate a range of unintended effects—some of which are dangerous, or even life-threatening.

Users of these amphetamine drugs need to be aware that dependence and addiction are potential risks, even if taking them therapeutically. These risks increase when the drug is abused, as the typical medical oversight that occurs among those taking it for medical need is absent.

According to the 2012 Treatment Episode Data Set (TEDS), prescription stimulants like amphetamine were involved in 7% of admissions to treatment facilities. In addition, those admitted for amphetamine/methamphetamine treatment were more than likely than all other substance admissions combined to have been referred to treatment by the legal system.

The brain is made up of neurons (nerve cells) that communicate with each other through the release of chemicals called neurotransmitters. Amphetamines exert their influence on a family of key brain neurotransmitters (norepinephrine and dopamine) that are related to attention, alertness, blood flow, reward, motor control, and motivation. Amphetamines boost the effects of these chemicals in the brain and body. The associated increase in activity of these neurotransmitters can induce a feeling of euphoria, as well as a rewarding feeling that motivates continued use.

People who use amphetamines regularly can develop a tolerance to them, which means they need to regularly boost their dosage to achieve the same effect. Amphetamine users may find themselves taking increasingly larger doses in order to experience the drug’s expected “high” effect. This process will continue for as long as a person keeps taking the drug. The resulting cycle of amplified tolerance and increasingly compulsive drug use fosters addiction and accounts for amphetamines’ high addictive potential. 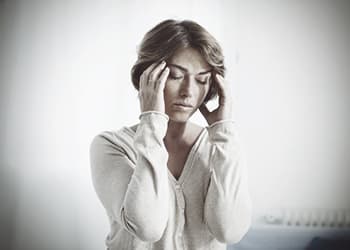 A person trying to quit amphetamine use may experience very pronounced physical and psychological cravings for the drug. As addicts use amphetamines, their bodies chemically adjust to the persistent presence of the drug, and may feel or perform subjectively worse or sub-optimally when the drug is removed. This state of physiological dependence can result in powerful cravings for the drug when the individual is not using – a major contributor to relapse. Cravings can last for several weeks, while accompanying effects of withdrawal such as depression can last for months and even years after discontinuing use.

When users experience cravings, they often are convinced that they cannot function without the drug because the boost of energy that amphetamines supply is intense and difficult to mimic in normal life. They also may use amphetamines to cope with personal issues or psychological pain. Therefore, they become psychologically dependent on the powerful effects that the drug provides to keep them feeling motivated or to “numb” emotional pain and distress.

Cravings (both physical and psychological) are particularly acute at the beginning of detox. The longer the user remains amphetamine-free, the fewer cravings he will experience. In the absence of amphetamines, the brain is able to reestablish its chemical balance. Cravings can be the last of the withdrawal symptoms to dissipate.

Methods of Use and the Effects of Amphetamine

Amphetamines may be taken orally, snorted, smoked, or injected. Even small doses may exert a profound effect. Depending on the method of administration, the user may experience an intense ‘rush’ or a prolonged ‘high’. Both effects are believed to be due to the release of high levels of dopamine into the pleasure-regulating areas of the brain.

Oral administration of amphetamines is the only route used in the therapeutic setting, but is also a common method of recreational use.

When snorted or inhaled, amphetamines are absorbed rapidly through the mucous membrane. According to the 2012 TEDS, 8% of prescription stimulant abusers inhale the drug as the primary method of use.

Injection of amphetamines is the most complicated and dangerous method of administering amphetamines—not only due to the drug’s intense effects, but also to the dangers surrounding needle use. Many variables can cause dose ineffectiveness, serious side effects and even death. Additionally, the inherent risks of this method (disease transmission, infection, abscesses and other damage due to inadequate technique) make injecting amphetamines a particularly risky habit. A troubling 25% of prescription stimulant abusers report injection as their method of use, according to the Substance Abuse and Mental Health Services Administration (SAMHSA).

Short-term effects of amphetamines may include:

Over the long term, abuse of amphetamines can lead to:

Combining alcohol with amphetamines is extremely risky, because the stimulant effects of cocaine counter the user’s awareness of alcohol intoxication, which can lead to excessive alcohol consumption and alcohol poisoning. This combination also increases heart rate and blood pressure – in fact, there have been multiple medical reports of heart attacks occurring when alcohol and amphetamines are used together.

What Does It Mean to be Addicted to Amphetamines?

According to the Diagnostic and Statistical Manual of Mental Disorders, some of the diagnostic criteria of a stimulant use disorder include (but are not limited to) the following: 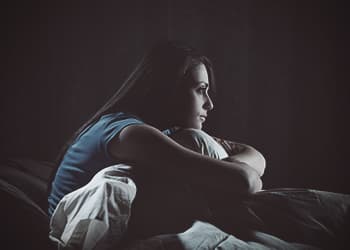 The acute initial symptoms of amphetamine withdrawal can last 1-2 days, followed by a period of days to weeks of mood changes, sleep disturbances, low energy levels, and cravings.

Cravings – which are one of the hallmark signs of withdrawal– can, in some cases, lead to drug relapse even when there is no conscious desire to use the drugs. The brain becomes conditioned to associate past use behaviors and the pleasurable effects of the drug with emotions, events, and thoughts that can trigger cravings and encourage the individual to return to use to obtain those feelings once again.

Quitting amphetamines can be a difficult and uncomfortable process. Seeking treatment in a professional facility that offers supervised detox can increase the level of comfort during the process and help to minimize the risk of relapse. Additionally, should any medical issues arise during the process, treatment can be initiated immediately. This is especially important because someone going through detox on his own may not be able to distinguish between benign withdrawal symptoms and those that would benefit from medical intervention—such as severely depressed mood.

How to Get Help for Amphetamine Addiction

After detox, formal treatment, including therapy and counseling, begins. Below are the treatment modalities available:

A number of other means of treatment can also be offered such as herbal remedies, supplements, exercise, and holistic practices (e.g., acupuncture, yoga or massage). Alternative methods have helped many in easing the discomfort associated with amphetamine withdrawal.

A relapse prevention plan will help the user tremendously, not only with preventing amphetamine relapse but also with avoiding a problem with other drugs and/or alcohol (polysubstance abuse or cross addiction). When the user leaves an addiction treatment facility, it is imperative that they do so with a plan of action at hand. The treatment team in most treatment facilities creates a plan to be followed before discharging the recovering addict from treatment. The plan should be customized to meet the individual’s needs and address any unique challenges.

While the appropriate recovery approach will vary from individual to individual, the following sobriety-promoting tools are available and helpful for many as they navigate through the journey of recovery. 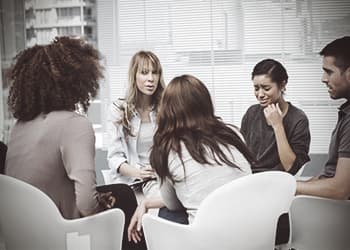 The more tools the recovering addict has in his toolbox, the more likely he will be to possess and utilize the right one when temptation arises. Early recovery can be challenging and tends to be full of surprises. Preparation can make the journey a lot easier. The recovering amphetamine addict needs to learn to spot the various relapse triggers and have readily available relapse prevention tools to be used at the right moment.

American Addiction Centers Editorial Staff
The editorial staff of DrugAbuse.com is comprised of addiction content experts from American Addiction Centers . Our editors and medical reviewers have over a decade of cumulative experience in medical content editing and have reviewed thousands of pages for accuracy and relevance. Our reviewers consistently monitor the latest research from SAMHSA, NIDA, and other reputable sources to provide our readers the most accurate content on the web.
Popular Providers