Are These Moms Handing Their Kids Over to the Justice System?

A new study shows pregnant women who drink heavily tend to have kids who end up behind bars.

During the four years I spent behind bars, I encountered hundreds of women – all with a unique personal story and background. I remember wondering to myself, “How did all these women end up in prison?”

Some of them had traumatic childhoods, some were victims of physical and/or sexual abuse and others had grown up visiting their loved ones in jail. The majority had substance abuse issues, which eventually led to their crimes. But interestingly enough, a vast number of these women had one thing in common: They all came from a long line of addicts, specifically their mothers.

Recent research examined the correlation between a parent’s substance abuse history and whether or not their children ended up behind bars. 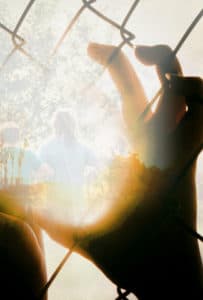 This study, published in the Research Society on Alcoholism, investigated if children whose mothers had a maternal alcohol-related diagnosis would be at risk of early-life contact with the justice system. Sure enough, researchers found adolescents in this group had almost twice the odds of exposure to the justice system compared to those with mothers without an alcohol-related diagnosis.

To arrive at this conclusion, the researchers utilized administrative data from Western Australia, using records of women with a birth recorded in their Midwives Notification System between 1983 and 2007. The researchers established two categories in this study:

Each group was matched based on maternal age within race and the year of the child’s birth. The Department of Corrective Services data was also pulled, identifying children who’d had contact with the justice system, ranging from age 10 and older from 1985 to 2011.

The researchers also discovered excessive alcohol consumption in the womb wasn’t the only cause of early-life contact with the justice system. Further risk factors were identified, such as:

Researchers recommended these factors be taken into consideration to develop targeted prevention programs, especially since early-life contact with the penal system could lead to a host of negative outcomes, including: