The Effects of Ativan Use 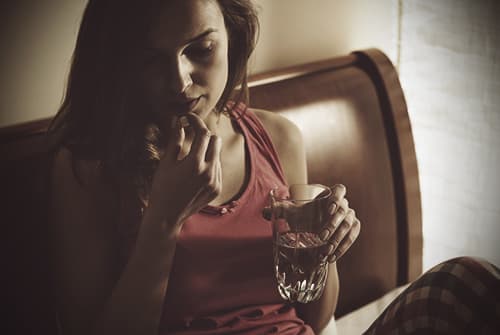 Ativan (generic name: lorazepam) is classified as a benzodiazepine medication used primarily for short-term treatment of anxiety and seizure activity. It is sometimes used to manage intractable insomnia, and as a sedative for hospitalized or aggressive patients. The drug works to slow down the central nervous system of the person using it by boosting the effects of a neurotransmitter called GABA–lowering signs of physical tension and psychological anxiety.

Generally when used as directed by a physician, Ativan is safe and effective. However, when misused or taken recreationally, it can be addictive and dangerous.

Ativan is widely prescribed in the United States. According to the Drug Enforcement Administration, in 2011 there were more than 27.5 million prescriptions written for Ativan in the US alone.

Short Term Effects of Ativan Use

The ability to achieve these desirable effects are reduced as the user develops a tolerance to the drug. Over the course of months, the drug is no longer as effective due to the user’s increasing tolerance level.

Like many benzodiazepines, Ativan can elicit confusion, depression, and memory loss in those taking it. These dose-dependent effects can be quite debilitating. This means that the effects will occur more markedly as the dosage amount of Ativan is increased.

The side effects of Ativan use are more common in elderly patients taking the drug. Taking Ativan may also cause difficulty in maintaining body balance, resulting in falls and other accidents–with varying degrees of resultant bodily injury.

Many people choose to abuse this substance concurrently with other drugs – including alcohol – to strengthen the pleasurable effects. Mixing substances also adds to the danger connected with Ativan.

Taking Ativan for an extended period may result in certain long-term effects. Generally, these effects will present as extreme or exaggerated versions of the side effects listed above.

For example, rather than mild sedation, someone may find themselves sleeping most of the day with no energy or motivation when awake. Or, rather than occasional misunderstandings, people will find themselves frequently and profoundly confused, or even begin to experience a delirium.

Long-term use of Ativan may cause other problems with cognition or thinking impairments in the patient.

For the most part, the issue will resolve with cessation of the drug. However, some level of cognitive impairment may remain, even after treatment. This is especially true for an elderly population, who may already be experiencing a decline in the cognition associated with aging. Additionally, the cognitive impact of substance abuse can accelerate the rate of mental decline associated with an existing dementia.

A common long-term effect of Ativan use is the development of a tolerance to the drug. Tolerance to Ativan is the body’s response to the persistent physical presence of the drug. As the drug becomes a common component of the user’s “everyday” body chemistry, that individual’s system begins to adjust to its presence and chemical influence.

This adjustment serves to lowers the perceived efficacy of the drug, causing the person to need higher doses of the drug to achieve the same high on Ativan as before. Eventually, the user becomes dependent on the drug–further advancing them down a path towards addiction. 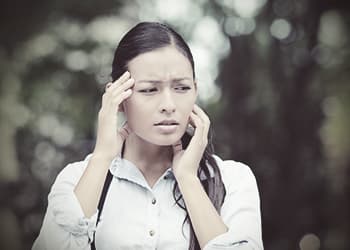 Ativan is a relatively fast-acting, highly addictive form of benzodiazepine. Extended use of the drug or use in high dosages can lead to both psychological and physical dependence.

Dependence can develop in as little as one to two months, with withdrawal occurring if drug use is stopped or severely curtailed after the dependency begins. Drug seeking behaviors – such as illicit purchasing or doctor shopping – may be seen in those that dependency has become an issue.

Recreational use of Ativan frequently occurs in the setting of polysubstance abuse, including the mixing benzodiazepines with alcohol, illicit opiates or prescription opioids. For instance, according to the National Institute on Drug Abuse, 15% of heroin users were users of a benzodiazepine on a daily basis, with 73% using weekly. Ativan itself is normally abused by prescription users increasing their dosage for an experience in what the Ativan high is like. For more information on how to help someone addicted to Ativan, give us a call.

Signs of Addiction to Ativan

Whereas the arrival of physiologic dependence can somewhat be gauged by the onset of the withdrawal syndrome that will occur when stopping the drug, Ativan addiction is sometimes reflected in a change in behavior of the person abusing the drug.

Someone addicted to Ativan may:

Withdrawal from Ativan occurs soon after the last dose is taken, and places an individual at risk of unwanted, possibly dangerous symptoms. The benzodiazepine withdrawal syndrome can include a rebound of many of the physical and psychological symptoms that Ativan is intended to reduce or eliminate, with symptoms such as:

Withdrawal symptoms vary in severity, with stronger symptoms occurring in users who have taken the drug for longer periods, have taken high drug doses, or have used the substance concurrently with other drugs of abuse–especially alcohol and/or other sedatives.

Because the drug reduces anxiety, users may be reluctant to discontinue its use due to fear of the anxiety’s return. Adding to this fear is the rebound effect correlated to ending Ativan use. This is when anxious symptoms return with increased severity following last use. With this being true, many will continue the pattern of abuse, addiction, and dependence to avoid the perceived risk.

The unwanted and uncomfortable withdrawal symptoms associated with dependency can be reduced or eliminated with appropriate, professional treatment options. 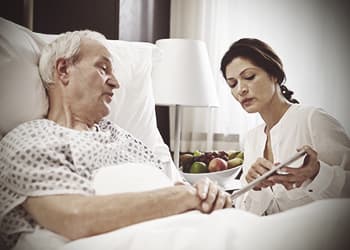 Treatment of Ativan frequently begins in a detoxification center. The treatment is done commonly on an inpatient basis and consists of a controlled detoxification by tapering the level of Ativan. The tapering process involves the slow reduction of the drug dosage amounts without bringing on withdrawal symptoms. At times, temporary administration of a longer-acting sedative – such as Valium – can be beneficial to managing seizure activity, if present. When the dosage of sedative has been tapered down low enough to quit the drug use without withdrawal occurring, then the drug use is discontinued. This is accomplished with observation of a medical team tracking vitals to ensure their health and safety.

Following successful detoxification, formal substance abuse treatment may occur in a rehab center or outpatient program. Rehab tends to occur in various types of residential settings where someone will live for a period of weeks or months with the purpose of focusing primarily on addiction recovery. Mental health counseling approaches—including cognitive-behavioral therapy—will assist with uncovering the triggers of addiction as well as looking forward to measures that will limit or eliminate unhealthy coping skills in the future.

The progress made during inpatient or residential treatment will be carried on post-rehab, when various aftercare approaches are implemented. Aftercare typically entails some form of outpatient drug and alcohol counseling or ongoing mental health treatment. Whether therapy occurs on an individual or group basis, it will focus on returning to life free from the influence of Ativan. Aftercare counselors will work with the recovering addict to establish a relapse prevention plan that outlines a series of behaviors to engage in and supports to contact so that the substance is not obtained or used.