Ativan (known generically as lorazepam) is a medication used to treat anxiety disorders, short-term anxiety symptoms, insomnia, and seizures.1 It is a benzodiazepine, which means that it belongs to a highly addictive class of drugs that work to slow down the central nervous system (CNS).1 It is intended to be used by prescription only, and often indicated for short-term use only, but many people use and abuse the drug by taking more than the prescribed dose or without a written prescription.

According to the Food and Drug Administration (FDA), Ativan is increasingly used in combination with other potentially hazardous drugs, such as opioids.2 Because it depresses the CNS, when combined with opioids (which also depress CNS functioning), the results can quickly become lethal.2 Combining Ativan with alcohol may also have deadly effects by depressing the respiratory system.2

Ativan is available as a tablet, an injectable, or as an oral solution—all forms can be abused. The tablet form is sometimes crushed and snorted by those attempting to create a more fast, intense effect, while some people choose to inject the liquid form for the same intensified results. When Ativan is snorted, it can be highly addictive and may lead to life-threatening side effects.

A 2010 study found that nearly 30% of deaths caused by pharmaceutical drugs were due to the overuse or overdose of benzodiazepines like Ativan.3 Furthermore, 75% of overdose deaths caused by benzodiazepines are unintentional.3 When Ativan is snorted, for instance, it may be easier to misgauge or underestimate the effects of the drug, prompting higher-than-recommended dosing, which can then lead to lethal consequences.

You can start over. Learn how to begin living a new life in recovery.

Ativan is often used as an anti-anxiety medication because of its ability to quell the otherwise heightened CNS activity that is associated with intense worry, agitation, irritability, and psychomotor symptoms, such as shaking. So the relaxing effect Ativan has on the CNS significantly improves these symptoms.

Those who take Ativan without any of these symptoms present, or who take it in excess even with legitimate anxiety issues, may see the drug suppressing their CNS activity to an unnaturally slow state, which can result in serious health problems.

In many instances, people who snort it or otherwise use the drug illicitly, are uninformed about other medications that should not be taken at the same time, which further increases the risk of harm. People who concurrently use the following drugs are at increased risk for dangerous complications:1

People who suffer from acute glaucoma should also avoid taking Ativan in any form.1

When snorted, Ativan reaches peak blood concentrations at a faster rate than when consumed orally.4 When a drug is consumed orally, it is processed through the digestive tract, which is a relatively slow process accompanied by many stages of breaking down the drug for absorption. Snorting Ativan is a high-risk behavior that can lead to serious side effects.

Even when it is taken as prescribed for a legitimate anxiety issue, use of the drug is still associated with significant side effects. For example, some people who take Ativan experience:2

These side effects are often manageable when it is taken as prescribed. However, in some cases, Ativan use can cause more serious side effects, including:2

Side effects such as these may indicate that the current dose of Ativan is having too powerful an effect on the patient’s CNS. In such cases, a doctor may reduce the prescribed dose or prescribe a different medication. If any of these symptoms occur, emergency medical assistance must be called immediately.

Can Snorting Ativan Cause an Overdose? 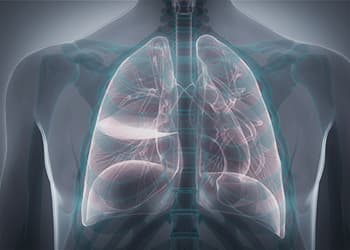 Ativan is a sedative and a benzodiazepine that slows various processes throughout the body. When Ativan is taken in excess, it can lead to an overdose.3 During an Ativan overdose, the body’s respiration slows dramatically, the brain and other vital organs are deprived of oxygen, and the result could be death.3

The first signs that an individual has consumed too much Ativan includes impairment in brain functioning, slurred speech, uncontrolled eye movements (nystagmus), a loss of control over their bodily movements (ataxia), and memory impairment.3 If intoxication continues, the individual may experience progress into full-blown overdose, which causes:3

A case of Ativan overdose must be treated immediately to prevent brain and nervous system damage. When a person is treated for an overdose, medical personnel first ensure their airway is clear and respiration is normal. If they are unable to breathe on their own, medical personnel will provide assisted respiration or may affix the person to a ventilator. Next, they will be treated for any cardiovascular problems, such as irregular heartbeat.3

With respiration and cardiovascular functioning stabilized, the person will then be treated orally with activated charcoal, which binds to toxic substances and drugs and removes them from bodily tissues. In some cases, people who have overdosed on benzodiazepines are treated with flumazenil, also known as Romazicon, which reverses the sedative effects of benzodiazepines like Ativan. However, flumazenil may not entirely reverse respiratory problems and may cause seizures in some people—it should be used with extreme caution, if at all.3 Those who have overdosed on Ativan will be monitored until their bodily functions return to a stable level.

Signs that Someone Is Addicted

Ativan and other benzodiazepines should be used for short-term management of anxiety symptoms—they are not intended to be used on a regular basis. However, many people enjoy the way it makes them feel, which can lead overuse.

The American Psychiatric Association outlines a specific set of criteria for identifying Ativan and other benzodiazepine use disorders in the Diagnostic and Statistical Manual of Mental Disorders (DSM-5). According to the DSM-5, signs that someone may be addicted to Ativan include:5

Individuals who snort Ativan are likely to show signs of damage to the nasal cavities and sinuses. For example, someone who snorts Ativan may sniff excessively, have frequent nosebleeds, lose or have a diminished sense of smell, or have problems swallowing.

When you first decide to get help for Ativan addiction, you will go through detox, which is the initial period when the body adjusts to being without the drug. Throughout the detox period, you may experience the effects of acute benzodiazepine withdrawal, which is characterized by unpleasant symptoms such as heightened anxiety, insomnia, nausea, and irritability or mood swings.2

Because Ativan is a prescription medication and not an illicit drug, some doctors or drug addiction treatment centers will help you taper off the drug gradually to lessen the severity of the withdrawal symptoms. Depending on how gradually you are tapered off Ativan, acute withdrawal symptoms may persist for as long as 3 to 5 weeks.6

In many cases, it is extremely important that those struggling with significant Ativan addiction be medically supervised during and, in some cases after, the acute withdrawal period. In addition to the risk of relatively rare, but severe withdrawal complications such as extreme agitation and seizures, it is during this time that it will be the most challenging for them to resist relapse, since cravings and unpleasant withdrawal symptoms will be their strongest.

Ativan addiction can be treated in an inpatient (residential) or outpatient setting. Many patients who find that their home environment increases the temptation to use—due to the availability of drugs or memories of past drug use—prefer an inpatient setting. Inpatient treatment also may involve relatively more comprehensive care and intensive treatment than some outpatient programs.

Outpatient treatment is often less expensive and allows you the flexibility to maintain your day-to-day responsibilities (such as school, work, and family life) while also getting specialized care. Intensive outpatient programs often require patients to report to treatment for several hours each day, up to 5 days per week. Moderate outpatient programs may require twice weekly attendance for 1 to 2 hours per session.

Though supportive medications may be used to manage some of the symptoms associated with Ativan withdrawal, there are currently no specifically approved pharmacologic interventions to comprehensively treat Ativan addiction; rather, mental health and substance abuse professionals offer specialized treatment modalities that include evidence-based practices.

Cognitive behavioral therapy (CBT) is a common and effective form of therapy for substance abuse because it teaches you to identify unhealthy thought patterns that used to result in substance abuse behaviors. By identifying those problematic thought patterns, you can learn new ways of responding to difficult thoughts and emotions. CBT also teaches you useful coping skills for handling stress and maintaining sobriety.

Motivational interviewing is another effective tool used in addiction treatment programs, in which a therapist helps you identify inner motivations for changing your behavior. By tapping into internal drives rather than external motivations or reasons for getting sober, you have a far better chance of successfully beating your addiction.

In some cases, psychodynamic therapy may be beneficial. However, psychodynamic therapy requires you to explore unresolved and often upsetting past memories, which are thought to cause current problematic behaviors. This is often painful for people at first and is not recommended for those who are new to sobriety.

There are numerous options available to treat an Ativan addiction. Call us today at to learn about your addiction treatment options.