The Effects of Clonazepam Use

What Is Clonazepam Used For?

Clonazepam, commonly known by its brand name Klonopin, is a prescription medication commonly used for its anti-anxiety and anti-convulsant benefits.

This medication is part of a larger group of substances called benzodiazepines. This group includes drugs like:

These substances all share similar chemical properties and effects, with their major differences being speed of action and the total time that the positive effects last. Some of these effects can affect the user for up to 24 hours.

All benzodiazepines have depressant effects that result in a net slowing of various physical and mental processes. In some situations, benzodiazepines are prescribed for their sedative-hypnotic effects, for their muscle relaxing benefits, and to manage the precarious withdrawal from substances like alcohol.

Because of its desirable anxiolytic—or anti-anxiety—effects, this drug is prescribed as a pharmaceutical treatment for anxiety disorders—including panic attacks, agoraphobia and others. Despite its benefits, caution must be taken when a person is using clonazepam. Even if the medication is taken as prescribed, both dependency and addiction may easily develop.

Clonazepam abuse becomes an issue in those taking this drug for a long period of time or at higher than recommended doses, as well as for those who use the medication for reasons other than those prescribed.

Short-Term Effects of Clonazepam Use

“Even those taking clonazepam with legitimate prescriptions can experience tolerance and dependency and, eventually, may find themselves struggling with addictions.”

In the short term, clonazepam can have several positive therapeutic effects. The drug works by interacting with GABA receptors in the brain. This inhibitory neurotransmitter serves to slow brain activity. This is helpful, since many theorize that anxiety may be caused by an overabundance of brain activity. Common short-term effects of clonazepam are:

It’s important to understand that even those taking clonazepam with legitimate prescriptions may develop tolerances to the drug’s effects. This can result in individuals taking more and more of the substance, soon leading to chemical dependency. Compulsive drug seeking and using behavior may come next, and this might signal the presence of a substance use disorder. Use should be closely monitored by a doctor in order to help prevent this dangerous sequence of events from occurring.

Side Effects of Clonazepam Use

Clonazepam can cause dangerous central nervous system depression, leading to markedly impaired alertness and slowed bodily functions, especially when it is taken recreationally or in doses higher than recommended.

There are a number of side effects of clonazepam use, especially if you take it for a long period of time or at high doses. You may experience:

In addition, clonazepam is reported to increase suicidal ideation or suicidal thoughts in some people taking the drug. If you feel depressed, restless or suicidal soon after starting clonazepam, you should immediately alert your doctor.

*It is important not to drive or operate machinery due to these effects, as you could significantly endanger yourself and others.

Taking a higher dosage than prescribed, taking the substance more frequently than prescribed, or taking a substance that is prescribed to someone else is ill-advised and dangerous, and doing so could lead to clonazepam overdose. Because of clonazepam’s depressant effects, many of its symptoms of use involve slowed bodily functions.

Effects of benzodiazepine overdose can include:

As mentioned, using other drugs and/or alcohol in combination with a benzodiazepine like clonazepam can greatly increase the intensity of symptoms and compound the risk of overdose.

Long-Term Effects of Clonazepam Use

Clonazepam is not generally recommended for long-term use because it is known to be a habit-forming substance. Over time, the patient’s body tends to build a tolerance to clonazepam. This means that it adapts to the presence of clonazepam in its system and the patient’s usual dose of clonazepam ceases to be as effective.

Users who have developed a tolerance may need to take higher or more frequent doses of clonazepam to get the relaxation and anti-anxiety effects they were feeling when they originally began taking it.

Once someone builds a tolerance to clonazepam, it is likely that a physiologic dependency has also arisen. If doses aren’t increased, or if an individual stops taking the drug suddenly, they will be at heightened risk of experiencing a resurgence of the symptoms they were treating with the medication—symptoms like anxiety, panic, insomnia and other effects may rebound.

As mentioned, in parallel with the phenomenon of tolerance, patients often experience physical dependence on clonazepam. The body begins to essentially require the drug for normal function. Patients who do not continue to take clonazepam may grow violently ill as they experience the onset of a debilitating benzodiazepine withdrawal syndrome. Shakiness, shortness of breath, nausea and other physical effects may occur along with psychological effects such as mood swings, increased anxiety, agitation, and depression if a person abruptly stops taking clonazepam. Abrupt cessation of benzodiazepines is never recommended, as seizure and convulsion may be the result—placing one’s life in peril.

When someone stops taking clonazepam, they will experience a rebound effect. This means that the problems which the medication was designed to treat will present with great intensity and for long durations. If someone is using the medication to manage anxiety, anxious symptoms will reappear, with increased worry, agitation, and nervousness.

Sudden withdrawal from clonazepam can be potentially life-threatening due to unwanted withdrawal symptoms. Medically supervised sedative detox takes this into account. The abrupt cessation of long-term clonazepam use can lead to marked agitation, neural excitation, and withdrawal seizure activity, so medical supervision is essential for someone looking to cease their use of this drug.

Usually, patients go to a detox center for a period of time to gradually withdraw from the drug in a safe environment. Doctors at the detox center may give patients other medications or treatments to help with the uncomfortable physical effects of withdrawal from clonazepam. Medical supervision may also help manage psychological symptoms such as mood swings, hallucinations, and depression. 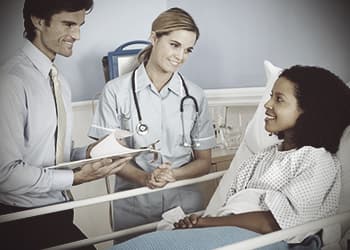 After detox is complete, patients may transition to a residential program or inpatient rehab center for further addiction treatment. Rehab is usually focused on the psychological reasons for addiction and planning ways to live a happier life without use of the substance. Patients may receive individual counseling and group therapy sessions, as well becoming active participants in 12-step support group sessions, allowing them to benefit from the camaraderie and encouragement of engaging with others working through similar recovery issues. Patients live at the rehab facility with other people who are learning how to live without addictive substances. Rehab may last for anywhere from 30 days to one year, depending on a number of factors, including the severity of the addiction, progress in treatment, and outside supports.

Rather than moving to an outpatient setting after rehab, some patients may choose to live in a sober living facility or halfway house upon completing treatment. These homes give patients some freedom. Patients usually have to work during the day and be home by a certain hour at night. They also have to follow house rules and submit to random drug testing to prove they are clean.

If you or someone you love is addicted to clonazepam, seek out the needed help. It is possible to get off clonazepam and live a productive and happy life without the drug.