Diazepam is the generic name for Valium. It is one of many benzodiazepine substances that all affect the central nervous system (CNS) by amplifying the depressant effects of GABA, an inhibitory neurotransmitter, to subsequently decrease brain activity 1,2,3.

Diazepam is one of the 5 most prescribed benzodiazepines 3. In fact, approximately 15 million prescriptions were written for diazepam in 2011, per the Drug Enforcement Administration (DEA) 3. It is also one of the most commonly found benzos on the illicit market 3.

Diazepam is prescribed in tablet form, as an oral liquid, as an injectable solution, and as a rectal gel. Each form can be helpful when used as directed, but when use turns to abuse, the harm can outweigh the benefits.

Benzodiazepines like diazepam have known abuse potential. Continued misuse of these drugs can easily lead to addiction. According to the DEA, more than 20 million people have abused benzodiazepines 3. Because diazepam can be addictive, caution should be exercised when prescribing the drug. A thorough medical history should be taken beforehand, to investigate for any episodes of prior substance abuse, dependence, and addiction.

It’s important to recognize that even people who’ve been prescribed diazepam can abuse the drug and eventually become addicted 4. Abuse of the drug occurs when a person:

Not only can abusing diazepam lead to ill effects on a user’s physical and mental health, it can be fatal. The risk is especially high when an individual combines diazepam with other CNS depressants like alcohol, opioids (e.g., heroin or painkillers), barbiturates, and prescription sleep aids (e.g., Ambien).

In a dose-dependent manner, diazepam can lead to a pleasant sedation and euphoric high—sensations that motivate continued abuse of the drug. Other desirable effects sought after by those abusing the drug include 3,4:

There are numerous side effects, however, that worsen with abuse of the drug. These include 1:

In addition to the effects on a user’s physical health, the effects of diazepam can also extend to a user’s mental health in some cases, causing distressing symptoms like 1:

Someone who abuses high doses of diazepam or combines it with other substances is at risk of overdose. This risk will increase greatly if diazepam is used with other CNS depressants because of the combined negative impact on respiration and heart rate. Overdose may result in 1: 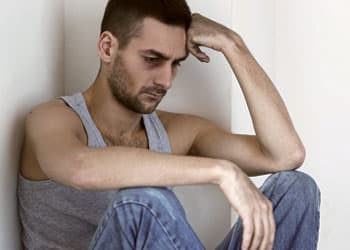 Long-term abuse of diazepam can have a sizable impact on one’s health and overall well-being. Notably, diazepam misuse and abuse is linked to tolerance, physical dependence, withdrawal, and addiction.

Tolerance. Tolerance develops with continued use of many substances like alcohol, opioids, and benzodiazepines like diazepam. Over time, as the body adapts to the medication’s consistent presence, the original dose of diazepam is not able to produce the same results. This leads to the need to increase the dose taken, increase the frequency, or both 5.

Dependence. This is an expected and common process that is related to consistently using or abusing a substance. The body gets used to having diazepam and begins to need it to function normally. Dependence is possible even when one is taking diazepam as prescribed 5; however, dependence can indicate that someone is developing an addiction, as well.

Addiction. Addiction is often confused with physical dependence. Dependence is often an indicator of potential addiction development, but the two aren’t synonymous concepts. Physical dependence is the body’s reliance on the drug, whereas addiction is marked by the user’s compulsive desire to get and use more of the substance no matter what negative consequences might occur. People addicted to diazepam will continue using the substance despite problems related to their 5:

Once someone is addicted to diazepam, it can be extremely difficult for them to stop their use without the assistance of a drug treatment program. If you’re struggling, you don’t have to do it on your own. Call today to learn about your options for recovery.

According to the DEA 3:

In 2014, more than 7,900 people died of overdoses involving benzodiazepines like diazepam 4.

The high prescription rates and illicit availability of diazepam contribute to the high rates of abuse seen among teens. The National Institute on Drug Abuse (NIDA) issues an annual survey as part of its Monitoring the Future study. Benzodiazepine use is recorded on this survey as part of a group of other similarly intoxicating substances—collectively referenced as tranquilizers. In 2015, NIDA survey results indicated that 4:

When it comes to preventing drug abuse in your teen, education is essential. Teach your teen the risks associated with prescription drug abuse, and have the conversation more than once. Also, make sure to learn the signs of abuse, so you can identify a problem and intervene early.

You can also take the following practical steps to prevent abuse.

If you believe that you or someone you care for has an issue with addiction to diazepam, consider calling for treatment options that could lessen the impact of the drug.

To talk to others or share your story, visit our Forum today.