Side Effects of Diazepam Abuse

Diazepam is a benzodiazepine commonly prescribed under the brand name Valium. This substance depresses the central nervous system (CNS) to manage 1,2:

Despite diazepam’s ability to effectively treat the issues listed above, it can be harmful. The substance is classified as a Schedule IV controlled substance, indicating the potential for abuse and dependence.

The risk of harm associated with diazepam increases when 1,2,3:

Unfortunately, abuse of the drug is all too common. Consider that 2:

Diazepam abuse can be fatal. In fact, more than 7,900 people died from benzodiazepine-related overdoses in 2014 3. The risk of death increases when it is combined with other substances like alcohol or other CNS depressants (e.g., opioid painkillers like OxyContin). If you’re abusing dizepam, don’t wait to get help. Call to find a treatment program today.

When taken as prescribed, diazepam decreases anxiety and agitation. It can also calm the nervous system to minimize seizure activity and alleviate symptoms of alcohol withdrawal.

When abused, the sedating effects of diazepam are heightened and the drug can cause a high marked by 2,3:

How Does Diazepam Work in the Brain?

The rewarding effects of diazepam are elicited primarily via the influence of the drug on two neurotransmitter systems:

Whether the medication is prescribed or abused, diazepam can generate a long list of side effects that range from uncomfortable to dangerous and may include 1: 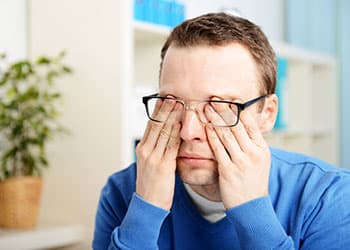 The following side effects may be dangerous if left untreated 1,2:

With excess doses of diazepam, the risk for and intensity of side effects increases. The likelihood of serious dangers is also heightened any time diazepam is combined with other drugs, such as 3:

At high doses, diazepam can contribute to numerous physical and mental symptoms over the long term, including memory problems. Diazepam use and abuse is specifically associated with anterograde amnesia, which entails the inability to remember events that occur after the drug is consumed. 2,8

Beyond the physical and mental health risks that come from abusing diazepam over time, continuously misusing this drug may easily lead to addiction, which may be reflected in the following 5,6:

Addiction is a frequently encountered problem for people abusing diazepam, as is physical dependence.

Physical dependence can develop even when a person is taking diazepam as prescribed. Dependence is the body’s adaptation to the constant presence of the drug in the system. Over time, this artificially high level becomes the new normal. Unfortunately, this means that the supply of diazepam must be steady for the body to operate optimally 5. Again, physiologic dependence may eventually be present in anyone using the drug for a certain duration of time; however, it may be quicker to develop in those who misuse the drug.

In most cases, those who have become dependent on diazepam will experience a withdrawal syndrome upon attempting to cease or reduce use. Withdrawal from sedatives like diazepam may be dangerous and often necessitates medical monitoring to ensure the safety of the detoxing individual. Symptoms may include 2:

Symptom severity will depend on the dose and duration of use. Concurrent use of other substances may further complicate withdrawal and treatment 7.

n many cases, addiction treatment or other medical professionals may recommend a supervised, medical detoxification for people attempting to curtail or altogether quit their use of diazepam. This level of treatment will allow for the safe removal of the remaining medication from the body. Medical providers on staff will be able to address any complications and risks as they arise. 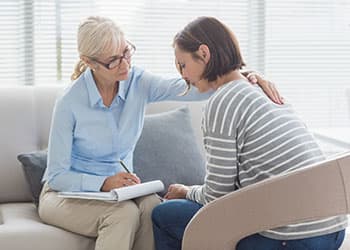 There are several medically managed approaches to diazepam withdrawal treatment. These include 7:

Anticonvulsants and sedating antidepressants like trazodone may be used to manage symptoms of diazepam withdrawal, as well.

Following detoxification, addiction treatment should begin. Treatment will include behavioral therapies to manage thoughts, feelings, and behaviors associated with substance use while finding ways to build motivation and reward the individual for periods of abstinence. Options include 7:

To begin the process of exploring treatment options for you or your loved one, call today.