Valium is a prescription sedative medication that falls into the class of drugs known as benzodiazepines 1. Also available as generic diazepam, Valium is prescribed in pill form to treat anxiety and panic symptoms 1,2.

When taken as prescribed, it can be a safe and effective drug to manage anxiety, muscle spasm, and seizures. However, the pleasurable, relaxing effects of Valium may lead some to misuse the drug by:

Some users may snort Valium in an attempt to intensify their high. Apart from the overdose risk that comes with abuse of drugs in this manner, there is a potentially pronounced risk of addiction development 2. People who repeatedly abuse Valium can develop physical dependence and may experience severe and sometimes dangerous withdrawal symptoms when not using, making it extremely hard to quit.

Snorting it can result in drowsiness, low blood pressure, and delayed breathing 1, in addition to possible severe damage to the nose 3,4. While the effects of snorting Valium on the nose have not been well-studied, it may damage the nose in ways similar to cocaine.

Trying to quit benzodiazepines like Valium can be challenging. People addicted to snorting Valium may benefit from treatment programs to help detox from the drug and provide continued support throughout the recovery process. To find help today, call . Rehab placement specialists are available to take your confidential phone call 24 hours a day, 7 days per week.

Does Snorting Valium Cause a Faster High?

Valium users may assume that snorting the drug will result in a faster and better high, since in some cases snorting drugs can speed up and intensify their effects. However, it is unclear whether snorting Valium actually intensifies its effects more than ingesting it orally 5.

While there is no guarantee of any intensified high, there is a significant risk that the user will misjudge the amount they ingest, which may lead to overdose.

Snorting Valium may do nothing to increase the effects the user feels; instead, it introduces a slew of risks such as overdose and the development of addiction.

What Happens in the Brain When You Snort Valium?

Valium works in the brain by increasing activity of the neurotransmitter gamma-aminobutyric acid (GABA), which inhibits brain activity and causes a calming effect 2. The effects of Valium on certain GABA receptors also leads to an accompanying increase of 6. Dopaminergic surges in the brain are known to be a huge contributing factor in the addictive nature of many drugs, such as benzodiazepines, opioids (heroin and painkillers), and stimulants (cocaine, methamphetamine).

Over time, snorting Valium is likely to lead to physical dependence. Physiologic dependence is closely linked to tolerance, withdrawal, and addiction 2,7,8:

Valium misuse subjects the user to a variety of physical and mental side effects that can be uncomfortable and dangerous. Some side effects may improve once the drug is stopped, but others may persist for some 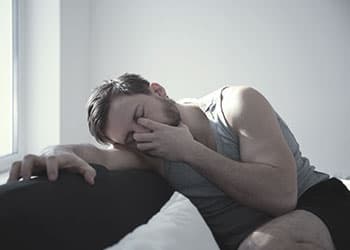 Common side effects that can occur while using Valium include 7:

Other symptoms that may be dangerous or that may persist and need medical attention include 7:

What Will Happen to My Nose if I Snort Valium?

Snorting Valium may also cause damage to the nose in similar ways as other drugs like cocaine and snorted painkillers like OxyContin. Side effects may include 3,4:

To learn more, visit our page on the Dangers of Snorting and Sniffing Drugs.

Can Snorting Valium Cause an Overdose?

Using Valium as prescribed by a doctor is generally safe. However, misusing it either unintentionally or on purpose may lead to an overdose 9. Certain factors may increase the risk of overdose:

In some cases, overdosing on Valium can lead to death, and this risk is especially high when it is combined with alcohol or other depressants 8.

Signs of an overdose may include 9:

In rare cases, a Valium overdose may be fatal. However, the risk for death by overdose increases significantly when it is combined with other central nervous system depressants (e.g., opioids, alcohol, other sedatives).

Valium overdoses are dangerous and should be properly treated to reduce the risk of serious medical complications and death. If you witness a Valium overdose, call 911 immediately and remain with the victim until medical attention arrives.

If you witness an overdose, take action immediately. Learn how.

Signs That Someone is Addicted to Valium

Other noticeable signs that a person is addicted to snorting Valium include:

If you notice signs of Valium addiction in yourself or someone else, it may be time to consider treatment. 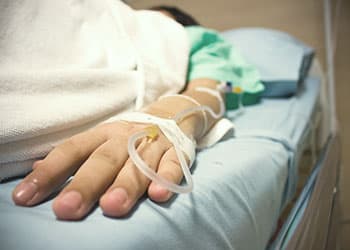 Making the decision to seek help for Valium addiction is the first step in the recovery process. Getting professional help when trying to quit it is important because the acute withdrawal syndrome often associated with quitting can pose serious risks, and in some cases, may result in potentially deadly seizures 8. The National Institute on Drug Abuse recommends that drugs like Valium not be abruptly discontinued without professional help 2.

Several different types of treatments are available for Valium addiction:

Dual diagnosis treatment programs may be especially beneficial for some people recovering from Valium addiction. These programs target both addiction and mental health problems in either an inpatient or outpatient setting. Many people struggling with Valium addiction also experience anxiety and may have started taking Valium on a prescription basis but ended up misusing the drug. Treating the addiction without treating the underlying anxiety can increase the risk of a relapse. Dual diagnosis programs can help people to manage their underlying anxiety with non-addictive medications or with non-pharmacologic approaches.

Cognitive behavioral therapy (CBT) is also an effective approach for Valium addiction that focuses on changing negative thinking patterns that lead to negative behaviors, like drug use 2. CBT also teaches how to cope with stress and adjust to living a sober life.

For those seeking support in recovery, self-help groups are also available:

There are numerous programs that can help you or someone you love recover from Valium addiction. For help finding the right choice, call us today at .