An estimated 200,000 Ohioans are addicted to opioids. State officials lay much of the blame at the feet of Big Pharma.

Ohio is going after these companies with a hefty lawsuit for damages. Similar to the suit recently filed by Mississippi, the lawsuit claims the companies’ marketing campaigns downplayed addiction risks and exaggerated benefits of their opioid products.

“We believe that the evidence will show that these pharmaceutical companies purposely misled doctors about the dangers connected with pain meds that they produced, and that they did so for the purpose of increasing sales,” DeWine explains. 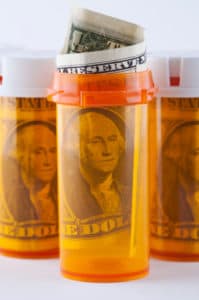 The lawsuit names Purdue Pharma, Endo Health Solutions, Teva Pharmaceutical Industries and subsidiary Cephalon, Johnson & Johnson and subsidiary Janssen Pharmaceuticals and Allergan. It claims the companies have been on a decades-long mission to persuade patients and doctors to believe lies.

While knowing opioids are addictive and unsafe for long-term use, they allegedly used targeted marketing to convince their audiences otherwise. They went as far as proposing the exact opposite of the truth. They wanted doctors to believe that effective, compassionate pain treatment required the prescribing of opioids.

Ohio officials point out that the opioid trend didn’t happen overnight. The drugs’ acceptance and use grew due to concerted effort by its manufacturers and distributors. Despite the risks to consumers, companies continued to spread the message their drugs were safe and necessary, until everyone started to believe it. Then, abuse and dependency rates began to soar and the opioid epidemic spread into the raging wildfire we have today.

Big Pharma Denies Being at Fault

The companies named in the lawsuit make contrary claims. In their defense, they cite adequate warning labels, FDA approvals and efforts to develop abuse-deterrent products. They say they’re actively involved in fighting the spread of addiction rather than causing it.

Whether these claims are true or not, the companies did succeed at growing sales and profits. And, as their numbers grew, so did the death tolls. From 2000 to 2015, Ohio drug overdose fatalities increased by 642 percent. By 2014, and again in 2015, Ohio had the greatest number of deaths from synthetic opioids in the country.

The state is asking for the named companies to pay restitution for these tragedies. The lawsuit names nine specific requests for relief, including civil penalties, payment for punitive damages and consumer restitution.