Dark Web Oxy Dealer Could Get 20 Years in Prison

Frenchman Guy Vallerius – aka the “OxyMonster”- is accused of selling the illicit drugs oxycodone, cocaine, and methamphetamine over the dark web.

In May, Vallerius plead guilty to charges of conspiracy and money laundering; he’s facing at least 20 years in prison.

Vallerius earned the nickname “OxyMonster” for his role as a moderator on Dream Market and TradeRoute, underground sites used in Europe and the United States for online transactions between buyers and sellers of illicit drugs. And these transactions are done without revealing either party’s real identities. 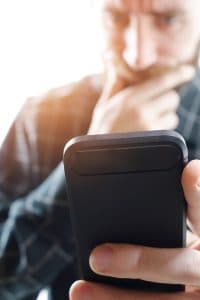 Authorities found Vallerius also had accounts on the notorious marketplaces Silk Road, Pandora, and Alpha Bay. Similar in nature to eBay, these sites can be used to sell products through a digital black market. Users can request technical assistance, resolve disputes, post reviews of vendors, and even take commissions from sales.

In January 2017, the US Drug Enforcement Agency (DEA) logged onto the Dream Market, where they were able to identify Vallerius’ true identity through his official capacity on the site. In a multi-agency approach involving the FBI, IRS, DEA, Homeland Security Investigations, and the U.S. Postal Inspection Service, they managed to track him down when he traveled from his home in France to Austin, Texas…where he was set to compete in the world beard-growing championship. (Can’t make this stuff up!)

He was arrested by U.S. authorities when he flew into Atlanta, Georgia. Special Agent Lilita Infante asked security officials from the Atlanta airport to detain Vallerius for questioning immediately upon arrival.

Security asked Vallerius for the passwords to his devices – cell phone, iPad, and laptop – as part of a routine inspection at the border. It was there that officials were able to search his devices and ultimately confirm his identify as the “OxyMonster.”

What Role Did Bitcoin Play?

The DEA also found evidence supporting his online drug business, including the Tor browser that allowed Vallerius to conceal his identity, as well as $500,000 in Bitcoin and profiles/ login details for these websites.

The OxyMonster initially hit the authorities’ radar thanks to Bitcoin. Agents were able to use Bitcoin to ascertain his true identity, track several incoming payments, and monitor outgoing deposits from accounts controlled by Vallerius.

Facing life in prison on an indictment, Vallerius and his attorney tried to keep his laptop out of evidence. When that failed, he entered a plea agreement.

Kerry Nenn
Kerry Nenn has a BSW in social work and psychology. She is a freelance writer who has written articles for various American Addiction Centers websites.