Michael Hesch is a conscious sedation nurse. His job is to intravenously infuse fentanyl and other medicines during surgical procedures.

If and when safe injection sites open in the United States, professionals like Hesch may be asked to work with those who visit the facilities looking for a sanitary and supervised place to shoot up.

Perspective From the Front Lines 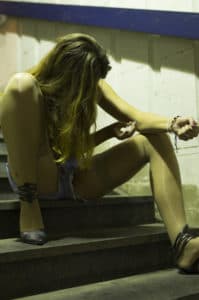 In a recent interview, Hesch described one of the many problems he has with the safe injection site scenario.

“As a critical care nurse…my main job is to watch over people who are using fentanyl. When we are doing conscious sedation, there are three providers – a doctor, an RN, and also a respiratory therapist – while I administer fentanyl to them. There is a lot of teamwork involved in all this. The patient is under constant monitoring. I’m watching all their vital signs.”

Hesch pointed out that fentanyl works by repressing the respiratory system. It’s a potent opioid and can be lethal. The same is true for heroin (which is often unknowingly laced with fentanyl).

Hersch explained, “If this person begins to crash..that’s what we’re there for. It will send you into respiratory arrest. It takes an entire team to get somebody back from a situation like this.”

At safe injection sites, the situation is quite different. Hersch noted, “I’m going to be one-on-one with this patient until they are at baseline for their vital signs and their mental status. Keep in mind, too, that if someone goes into anoxia because of respiratory depression, after four minutes they’re going to be sustaining significant brain damage.”

What About Harm Avoidance?

Hersch commented about the damage done to the body from injecting fentanyl and other opioids. “One of the most shocking things when you start taking care of a person who is injecting heroin is the level of infection in the body. Some of them are so deep they go into the bone, requiring amputation. The effects of heroin on infection will break free, sometimes, in the veins. They’ll actually start to shower infection particles across the body. The infection will build up on the valves of the heart.”

Hersch also pointed out that these infections can last for months – and that’s in a hospital setting where the patients are being treated properly. When asked if working at a safe injection site would violate his training, Hersch responded, “Absolutely.”

He further explained, “Every bit of training that we get as Registered Nurses goes all the way down the line of safely – pulling up a dose, the right dose, the right person, the right route. Everything is sterile, clean. This is completely the opposite of what is going on inside a heroin injection site.”

Hersch, who is also a veteran, added, “I didn’t sign up to become a nurse to do that.”

What do you think about Hersch’s stance on safe injection sites? Do you agree or disagree with his opinions? Sound off in the comments section below!