Fifty times stronger than heroin, the synthetic opioid fentanyl is flooding the drug market – and heightening the danger of overdose. In search of cheaper mixes and stronger highs, dealers now lace heroin and cocaine with this potent drug.

We’ve already talked about how potent fentanyl is, but the latest use of this drug really hammers that point home. Believe it or not, policy makers have chosen to add fentanyl to the cocktail mixture used for lethal injections.

Convicted of murder, Scott Dozier is scheduled for execution in Nevada. This would be the state’s first execution in more than ten years, and, as it turns out, they’re out of lethal injection supplies. Their previous two-drug injection protocol expired, so the state has decided on a new three-drug mixture for the upcoming execution. 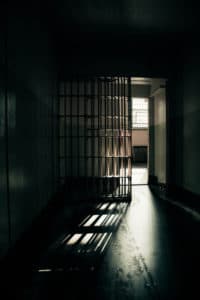 The new protocol is made up of fentanyl, valium and a muscle relaxant, cisatracurium. The valium and cisatracurium relax the body and reduce anxiety, while the fentanyl delivers the lethal effects. Barring legal complications or appeals, this new combination of drugs will eventually be used for Dozier’s execution at Ely State Prison.

Why have Nevada officials chosen this drug for their new lethal injection cocktail? It’s designed to kill.

The scary truth is that fentanyl is just as dangerous on the street as it is in the death chamber – if not more so. It doesn’t require the cocktail being used by prison officials to kill. In fact, that combination is designed to make the injection lethal, but humane. Drug dealers aren’t so considerate.

Popping up more and more frequently in street drugs, fentanyl is beyond dangerous. Last year, fentanyl and other synthetic opioids took over the number one spot for leading cause of drug overdose deaths in the US. The CDC reported more than 20,000 people in the US died from synthetic opioids in 2016. This is twice the number from 2015.

As fentanyl continues to spread, police officials are struggling to stop the drug before it hits the streets and unleashes deadly results. A recent drug seizure in New York took more than 140 pounds of fentanyl and nearly 50 pounds of fentanyl-laced heroin out of circulation. Seized from an apartment in Queens, this stash had the potential to kill millions.

The NYPD noted, “Given that a dose of fentanyl weighing two to three milligrams can be deadly, the [140 pounds] of pure fentanyl alone seized in this case could have yielded approximately 32 million lethal doses.” That’s enough to take out the entire state of New York, along with neighboring Pennsylvania. Let that sink in for a minute.

Beyond the Death Chamber

When we look at its potency, it’s easy to see why the number of fentanyl deaths are skyrocketing. Just a dusting of the powdery substance can be lethal. Even accidental exposure can cause death. Voluntarily consuming a dose of fentanyl is like walking into the death chamber with Dozier and asking the guard to “make that a cocktail for two.”