Suboxone – a medication used to treat opioid use disorder – is sadly inaccessible to a lot of people due to one simple factor: cost.

But that’s about to change.

Last month, a supplier of generic drugs – Dr. Reddy’s Laboratories – was allowed by a Delaware Court to produce a generic version of the costly drug. It’s a ruling which could potentially save countless lives, because many people suffering from substance abuse don’t have insurance, or if they do, their insurers don’t cover the cost of Suboxone films.

The generic name for Suboxone is buprenorphine-naloxone. Suboxone films tend to run about nine or ten dollars per strip – added together, a month of this medication gets pricey, especially without insurance. This unaffordable sum blocks access to medication assisted treatment for people in desperate need of help. Despite this, Suboxone manufacturers, Indivior, have until this recent court decision had a monopoly on the drug.

The FDA Takes a Stand Against Suboxone Manufacturer 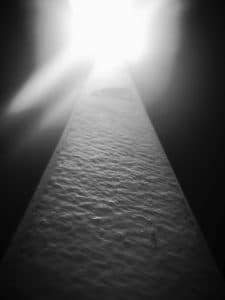 Senior writer and Pharmalot columnist at The Boston Globe health and medicine site, Ed Silverman, told Alcoholism and Drug Abuse weekly about the next steps for Dr Reddy’s (or any other company seeking to make generic buprenorphine-naloxone). He explained companies first need approval from the Food and Drug Administration, but Indivior can still go to court to file a patent infringement lawsuit.

Even with this probable litigation pending, the new FDA commissioner, Scott Gottlieb, M.D., stated the FDA would attempt to accelerate reviews of generic applications so more are approved in hopes of fighting the current deadly opioid epidemic.

According to Silverman, when generic versions of medications become available the cost of its brand name counterpart can decrease by 70-80 percent in just a few weeks. There’s also a financial impact on the revenue of Suboxone once the generic becomes available as there’s the potential to lose its’ monopolization of the market.

In response to this ruling, Indivior CEO Shaun Thaxter said: “Today’s news is disappointing to Indivior, given the belief that the Company has in its intellectual property for Suboxone Film…We will appeal the ruling and defend our intellectual property….As always, our unwavering focus is on addressing the unmet needs of opioid dependent patients. On behalf of the millions of patients who struggle to overcome opioid addiction, the majority of whom need help but go untreated, we remain relentless in our pursuit to transform addiction from a global human crisis to a recognized and treated disease.”

I can’t help but wonder if this company was so concerned with helping the millions of American’s dealing with opioid use disorder, why is Suboxone prohibitively expensive to some? And why are millions of American’s still dying every year from opioid overdoses when there’s treatment available? The Substance Abuse and Mental Health Services Administration recently issued the 2016 National Survey on Drug Use and Health, which stated as the opioid crisis continues, so does the availability of MAT – but it’s still not enough to meet the growing demand.

Additional Reading: 7 Really Smart Ways to Save Money on Suboxone