The National Institute on Drug Abuse reports an estimated 1.5 million Americans use cocaine.

Newsflash: Cocaine Use is on the Rise

Cocaine is an extremely addictive stimulant. Its use can produce perceived positive effects on mood, motivation, and energy. A cocaine high is a pretty short-lived high, and that means it’s frequently used in what’s known as a “binge” pattern. With repeated use, it alters brain chemistry and creates powerful cravings for its euphoric effects.

When the body becomes addicted to cocaine, a constant supply of the drug is needed to avoid withdrawal. If deprived of the drug, symptoms of cocaine withdrawal can include severe emotional and physical effects, such as: 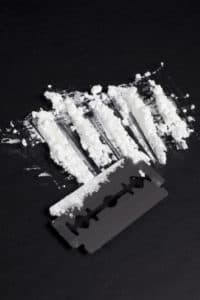 Successfully treating a cocaine addiction can be difficult. Truth be told, the options available to physicians and clinicians at this point in time are less than ideal.

While the treatment options for opiate addiction have increased, the same can’t be said of other addiction. In fact, there are no current FDA-approved medications available for treating cocaine dependency.

Attempts to develop an effective form of cocaine-related MAT have been unsuccessful. Issues with side effects, potential for abuse, and method of delivery are just a few of the obstacles hindering the development of such a medication. But that might not be the case for much longer…

According to one recent study, a group of doctors from Mount Sinai Medical Centre in New York may have finally overcome these roadblocks.

Research from Mount Sinai Medical Centre indicates the protein molecule, G-CSF, is responsible for cocaine-seeking behavior in mice. This molecule affects the reward centers of the brain and is found in higher levels in the blood and brains of repeat cocaine users. When researchers neutralized this protein, they found it suppressed the mice’s motivation to seek out the drug. Another significant finding was this process didn’t affect the mice’s interest for other things that stimulate the brain’s reward centers.

Researchers are hopeful these findings will eventually lead to the development of a medication-assisted treatment for cocaine dependency – a drug that could effectively reduce the desire for cocaine, while leaving a person unaffected in other ways. The doctors responsible for the study report:

“Treatment with a G-CSF modulator would have the distinct advantage that it may be harnessed to reduce drug taking while ostensibly having no abuse potential on its own – a known confound in many previous trials for psychostimulant use disorders.”

Although more testing is required before these findings can be applied to humans, researchers are excited about the treatment potential, as several G-CSF-manipulating drugs have been already approved by the FDA. Lead researcher, Dr. Drew Kiraly, notes, “Once we clarify how it can best be targeted to reduce addiction-like behaviors, there is a high possibility that treatments targeting G-CSF could be translated into clinical trials and treatments for patients.”

For people struggling with cocaine dependency and in need of effective treatment options, this possibility offers some very long-awaited hope.

Additional Reading:   Women More Likely to Get Hooked on Cocaine – But Why?