But what if your loved one died of an overdose? What if the thing that took them from this world was a lost battle with substance abuse? What do you say then? Were they at their best at the end? Should you ignore the facts and pretend they passed peacefully?

This is a common struggle for thousands of families across the nation as overdose from drug abuse claims the lives of more than 140 people every day. 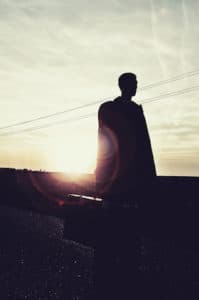 For many parents who have lost a child to substance abuse, their loss feels senseless. Their child, with so much potential, is gone.

As they write their son or daughter’s obituary, some seize the opportunity to make a difference in other parents’ lives. Rather than attempt to cover up the cause of their child’s death, they admit their loved one was struggling with chemical dependency. In doing so, they hope to make it clear substance abuse doesn’t discriminate.

Parents of Patrick Mullin, all-star lacrosse player and graduate of Nazareth College, wrote this notice of his passing:

Mullin, Patrick Joseph, Irondequoit: Died Tuesday, March 7, 2017, at the age of 32 after a long battle with addiction.

Patrick’s father, Joe, explained, “We’re not going to solve this problem by keeping quiet about it. It was easy to put in the obituary because we wanted others to know that it happens to everybody.” His mother, Mary, added, “It was important to us because we didn’t want to sugarcoat it.”

Others have published similar obituaries indicating the role of substance abuse in their child’s tragic death. Some choose to use phrasing that leaves the cause of death less clear. The obituary may state their child died “unexpectedly” or “suddenly.” With overdose now a common killer, this lingo is often recognized as code for cause of death.

For some, however, this isn’t enough. They want to send the message loud and clear. Joran Leavitt’s mother, Robyn, wrote:

This and similar obituaries are written in the hopes of raising substance abuse awareness, reducing stigma, and saving lives.

Robyn notes, “I need to do this because people need to understand this is a problem; we need to come together and stop some of this. If we can stop one family from having this kind of ending, we’ve won.”

Additional Reading: Surviving Mother’s Day One Breath at a Time