We all know healthcare providers and researchers are desperate to find solutions to the opioid crisis, but are they overlooking a possible cure? The answer, according to a recent article, appears to be yes.

The article, which was published by The Guardian, suggests an ancient substance called ibogaine might be the answer to opioid dependency.

Ibogaine is a psychoactive alkaloid that comes from the tabernanthe iboga plant. In the past, members of the Bwiti religion in western Africa have used it in healing ceremonies and initiation rituals. The powder used in these rituals is obtained by crushing the root of the iboga plant; it is considered “sacred medicine.”

In the mid 80’s, Howard Lotsof pioneered the use of ibogaine in opioid addiction treatment. He swore to the effectiveness of the drug after personally using it two decades earlier to get clean.

Today, you can find stories all over the Internet calling ibogaine the “miracle cure” for addiction. While recent research seems to show ibogaine can significantly reduce opioid withdrawal symptoms and temporarily eliminate cravings, its use remains illegal in the U.S.

A Story of Using Ibogaine to Overcome Heroin Addiction 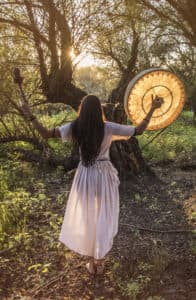 One ibogaine advocate highlighted in The Guardian article says he discovered the substance after numerous failed attempts to kick his own heroin addiction. He later goes on to describe his personal ibogaine experience.

An hour after taking the first dose, he felt like his withdrawals – what he described as “the worst flu you’ve ever had” – seemingly disappeared altogether. Eight ibogaine capsules and 24-hours later, he describes a feeling of pure elation.

He states, “You discover you’re no longer addicted to anything. Even a cup of tea with sugar tastes horrible.”

Ten months later, the former heroin user hasn’t experienced a relapse and once again feels like a contributing member of society. He is, however, dealing with one unexpected side effect: a congenital heart problem. This is an issue he feels could’ve been exacerbated by taking ibogaine.

As it turns out, he’s right.

Weighing the Associated Risks of Ibogaine

There are numerous medical reports linking heart problems with ibogaine use. According to research, ibogaine interferes with the heart’s electrical signals and significantly lowers the heart rate, resulting in heart muscle damage. In fact, it’s estimated that one in 400 people die from taking the drug, mainly due to undiagnosed, pre-existing heart conditions.

Other side effects of ibogaine use include:

Ibogaine is classified as a Schedule I substance, which, like heroin, is described as a drug “with no currently accepted medicinal use and a high potential for abuse,” the potential benefits and side effects of ibogaine remain unknown.

Is Ibogaine an Effective Treatment Option?

“There is no shortage of people wowed by reports of ibogaine cures; I’ve seen it for 20 years,” says Edward Conn, an addiction counselor. “How many official clinics exist? None. Ask yourself why.”

Even with the associated risks, Conn believes ibogaine can be an effective treatment option, as it alleviates the extreme discomfort associated with opiate withdrawal. “For some, ibogaine does work,” Conn adds. “It’s most effective for individuals who have stopped their drug-using lifestyle and are stable on low-dose methadone, and least effective on individuals still engaged in drug use.”

Additional Reading: 17 Ways to Get Sober You Probably Didn’t Know About (#8 is Controversial)