The Other Side of Suboxone

It’s become a commonly prescribed medical treatment for opioid addiction. In some cases, doctors prescribe Suboxone with the intention of stabilize those struggling with continued, compulsive abuse of illicit or prescription opioids to then, one day, slowly taper off the treatment drug itself entirely. At least, that’s the goal.

But it doesn’t always happen that way.

The Scoop on Suboxone 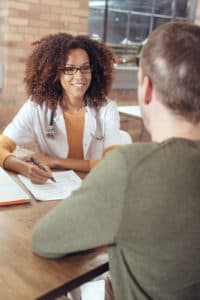 Like heroin and other opioids, Suboxone has its own risks, side effects, and withdrawal symptoms. When used in accordance with prescribed parameters, Suboxone helps stabilize and maintain many people in recovery from opioid use disorders. However, if misused, taking this drug may cause additional problems and dangers for the user.

Just what is Suboxone? In a nutshell, it’s an opioid substance used to treat recovery from other opioids. Suboxone’s primary active component is buprenorphine.1 Buprenorphine is a partial opioid agonist; it binds to and activates opioid receptors in a manner similar to other opioid drugs, but by doing so, it elicits relatively weaker effects than commonly-abused drugs like heroin and prescription painkillers like oxycodone. 2,3 In other words, it attaches to the same brain opioid receptors but doesn’t produce the same high.

Suboxone is unique from other treatment drugs such as methadone (and buprenorphine monotherapy) in that it is formulated in combination with naloxone, which is an opioid antagonist.3,4 As an antagonist, the naloxone binds to and inhibits the activation of opioid receptors, which can prevent a person from experiencing the effects of an opioid drug.4 The combination is designed to discourage users from abusing Suboxone by methods such as dissolving the drug in solution for injection since they will not achieve a high from the drug. That’s the good news.

Wondering if you or a loved one may have an addiction problem? Find out in less than 5 minutes with our confidential survey.

The buprenorphine in Suboxone has several potential side effects.

Common minor side effects include:1,3

More serious side effects of buprenorphine may include:2,3

In addition to these side effects, the abrupt discontinuation of buprenorphine could also lead to withdrawal. If a person has been taking this medication for a long period of time and they no longer receive it, they may be at risk of developing withdrawal symptoms similar to those associated with other opioid drugs. The severity of symptoms experienced depends on the degree of physiological dependence, which itself develops as a factor of dose and duration of use. Common withdrawal symptoms may include:1,3 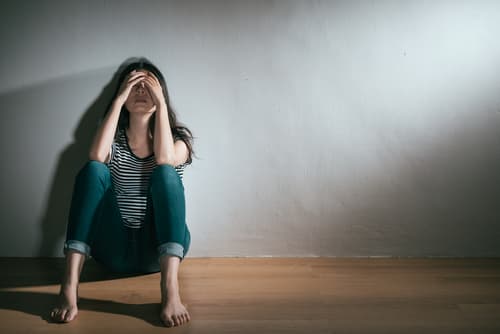 Opioid withdrawal symptoms can exacerbate underlying mental health issues such as anxiety and depression. When this treatment drug is misused, recurrent episodes of opioid withdrawal become more likely and can take their toll on a person as they further drive a compulsive cycle of buprenorphine misuse.

Historically, there has been an ongoing debate concerning the use of Suboxone for addiction treatment. The truth of the matter is that Suboxone helps thousands of people overcome their addictions. But there’s a flip side to this issue; as a drug with potentially-reinforcing opioid effects of its own, Suboxone is itself sometimes a target for abuse, which can further an individual’s addiction and recovery struggles.

No matter where you stand on the issue, it’s important to do your research and understand the facts before starting down this, or any other, treatment path.