Breathe on this. Spit on that. Provide a urine sample. You know the drill. The methods of drug testing are relatively common and well-known. From breathalyzers to blood tests, most people are familiar with the process…but all that’s about it change. The new instructions for drug testing might simply be: touch this.

Just a simple touch…really? No more giving up some small sample of yourself for a drug test? Yep, all you’d need to provide is a fingerprint.

Of course, the method isn’t the only difference. This new non-invasive test could change the world of drug testing and analytics.

How Does It Work? 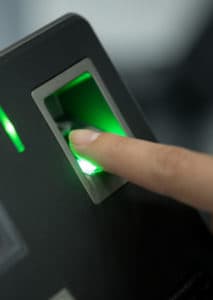 The method works even after you’ve washed your hands, so there’s no “coming clean” with a quick trip to the sink. Researchers report a 99 percent accuracy rate using this method.

The brains behind this drug testing breakthrough consist of individuals from:

The primary focus of their research was cocaine, but they say this technique will work for detecting a variety of drugs, including heroin.

What Are the Advantages?

“This is a real breakthrough in our work to bring a real time, non-invasive drug-testing method to the market that will provide a definitive result in a matter of minutes – we are already working on a 30-second method,” reported Dr. Melanie Bailey of Surrey University.

In addition to offering quick results, the test offers the benefit of authenticity. There’s no way to fool this test. The subject’s identity and substance use are both captured in the sample. This eliminates dishonest practices, like using someone else’s urine to pass a screening.

Researchers point out the benefits of fingerprint testing in a variety of situations, such as:

Can this method detect specific level of impairment, making it a viable test for drivers? That’s something that remains to be seen. What we do know is this quick and effective method is likely set to revolutionize the world of drug testing.