Ruthless Drug Dealer Ordered to Pay for His Client’s Funeral

Opioid abuse is killing thousands of Americans each year. Every day, nearly 100 lives are lost to the opioid epidemic.

Many of these fatalities are caused by a deadly drug that’s secretly added to baggies of heroin (or cocaine) as a cheap way for dealers to add weight to their product. You’ve probably heard of this drug by now: fentanyl.

Classified as a synthetic opioid, fentanyl is flooding the illicit drug market. Fifty times stronger than heroin, fentanyl not only offers a cheap way for dealers to make more money, it’s also an easy way to make their drug supply more potent. Of course, dealers don’t tell customers they’re buying drugs that are laced with fentanyl…and the results can be catastrophically deadly.

Increase in Overdoses Linked to Fentanyl

Last year, fentanyl and other synthetic opioids took over the number one cause for overdose deaths in the U.S. More than 20,000 people in 2016 died from using these substances. 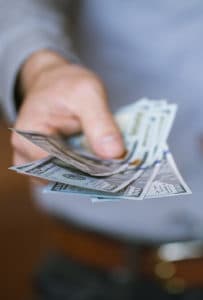 In New York City, fentanyl-laced cocaine caused 37 percent of overdose deaths last year. As dealers continue to secretly sell fentanyl in their products, a frightening number of users are left to suffer the consequences.

One such customer was a 17-year-old boy found dead in his Campbell County, Kentucky home last April. Identified by the initials “J.H.”, the boy died of a fentanyl overdose.

J.H. thought he was purchasing heroin from his dealer, Michael Chandler. J.H. received fentanyl instead. The switch-up proved fatal. But here’s the question: is Chandler to blame for the death of J.H.?

The courts seemed to think so…

In November, Chandler was sentenced to nearly 17 years in prison after pleading guilty to drug possession and distribution of the heroin and fentanyl that lead to J.H.’s death.

But the story doesn’t end there. Chandler’s sentencing included a very interesting twist. In addition to serving jail time, Chandler must also pay $9,000 for J.H.’s funeral.

Prosecutors noted, “In the end, [J.H.] was nothing more than a customer to Chandler. We do consider Chandler’s actions abominable, or better put, monstrous.”

In a final twist, prosecutors revealed that Chandler’s monstrous actions were caught on video. Self-incriminating evidence showed this local drug dealer servicing a line of cars in broad daylight, selling his lethal fentanyl-laced products to customers one after another.

Chandler claimed his drug dealing operation was comparable to McDonald’s. Customers who lined up in his “drive-through” received products like fast food as he drove by and delivered the drugs.

Chandler’s operation was shut down after a friend of J.H. worked with law enforcement to catch him in the act. The friend wore a wire and purchased fentanyl from Chandler. When authorities searched Chandler’s home, they found nearly 644 grams of fentanyl, along with drug paraphernalia, blending equipment, and a handgun.

Is Chandler’s punishment a new trend that the courts should continue? Should the money drug dealers make be used to pay for the funerals of their customers? This seems to have a ring of justice to it. Perhaps the courts will choose to take it a step further by making them pay for medical bills or rehab treatment, as well?

Tell us what you think about this interesting court ruling in the comments section below!