For San Francisco, the statistics related to opioid abuse are staggering:

San Francisco’s mayor, Mark Farrell, recently proposed a unique approach to curb these numbers. He explained in an interview:

“The consequences of standing still on this issue are unacceptable. Drug abuse is rampant on our streets, and the recipe of waiting for addicts to come into a clinic voluntarily is not working. Plain and simple. So, we’re going to take a different approach.”

Takin’ it to the San Francisco Streets 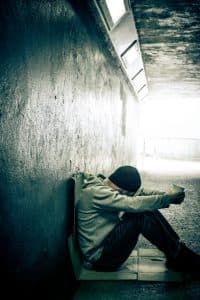 That means people can’t feel the effects of opioid drugs or overdose if they do happen to relapse.

The mayor’s budget proposal allocates $6M to the funding of a 10-person team that would ultimately prescribe the medication to at least 250 homeless people who are addicted to opioids.

Most of these dollars would come from the city’s general fund, with $900K reimbursed to the city by Medi-Cal each year.

Is This Better Than Prescribing Methadone?

Buprenorphine offers advantages over methadone, the drug most frequently used to treat opioid addiction. Buprenorphine causes fewer side effects than its sister drug, and it also works faster. Rather than slowly reducing cravings and coaxing those who are addicted away from heroin, the drug stops cravings immediately and makes overdose virtually impossible.

The drug offers another advantage that is highly relevant to this situation: accessibility. While methadone can only be prescribed and given out at methadone clinics, buprenorphine can be distributed immediately at a pharmacy. The user can also receive a one-week supply, rather than the typical daily dose of methadone.

As with methadone, buprenorphine must be taken regularly to work, but this extended supply can make a huge difference for those living in tents who might not make it to a clinic every day.

Officials are optimistic about the program.

The Department of Health tested the idea by prescribing buprenorphine in homeless tent camps back in 2016. They’ve discovered that over half of the 200 people who started on the drug in 2016 are still working on staying clean today. Considering more than three-fourths of heroin users typically relapse after starting treatment, that’s a pretty good percentage.