More and more states are moving to ban an increasingly popular mechanism used to defeat drug tests.  Synthetic urine, otherwise known as fake pee, has come under fire with lawmakers, who say the liquid gives drug users a way to sidestep screening exams administered by police, employers and the court system.

Synthetic urine is essentially water that has been fortified with a mix of chemicals (such as creatinine), salts, and yellow coloring. It typically retails for about $17 to $40 at head shops, truck stops, and on the internet.

Going by names such as “Monkey Whizz,” “Clean Stream,” and “UPass,” each bottle comes with a temperature sensing strip attached. Since temperature matters – urine specimens that measure hotter than 100 degrees or cooler than 90 degrees are rejected – some instructions tell users to microwave the bottle for 10 seconds, while other products rely on hand warmers with adhesive backing to help warm the sample.

Who Has Banned it? 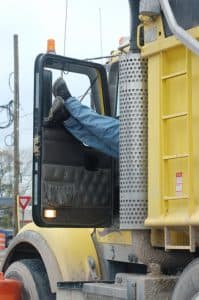 So far, at least 18 states including Arkansas, Indiana, Louisiana, New Hampshire, and Oklahoma have banned the synthetic liquid, according to the National Conference of State Legislatures.

Their reasoning? It creates a safety concern, giving workers such as truck drivers and people who operate heavy machinery a way to cheat drug tests when they’ve been using, thereby putting the public at risk.

“Our employers are reporting to us a concern that more and more of their employees are using synthetic human urine to cheat on a drug test,” said Dan Gibson, executive director of the Mississippi Association of Self-Insurers.

But it’s not just employees who are turning to fake pee. David Powell, executive director of the Indiana Prosecuting Attorneys Council, has heard numerous accounts of people on probation getting caught with it.  They often try to slip it into cups while in the bathroom at the probation office, trying to pass it off as a legitimate urine sample.

Mississippi’s bill, the “Urine Trouble Act” is the latest legislation to take a stand against the synthetic liquid and make it illegal. Ultimately, it passed the Mississippi House 113-2, but died on the Senate floor. Though those in favor of it were disappointed, organizations such as the Mississippi Association of Self-Insurers have plans to lobby for another effort next year.