Underage Drinking Across the United States

Using alcohol in ways that are illegal and irresponsible is both risky and dangerous to those who partake in such behavior, but especially so when those individuals are underage. Dependency, particularly when it involves alcohol, can take years off a person’s life and even affect overall brain development, and the road to those dire straits can begin early for those who drink alcohol before they are legally allowed to. Because underage drinking is such a huge problem in the United States, law enforcement is cracking down on it in major ways.

At DrugAbuse.com, we see firsthand how alcohol dependency can alter the lives of young people, and we wanted to know just how much law enforcement is attempting to mitigate it. To find this information, we used the 2017 FBI Crime in the United States Report to see how many liquor law and drunkenness violations were committed by underage drinkers across the US. To find out the answer, look through our findings below.

These numbers are staggering, but while we were assessing the report, however, we found that just looking at the underage drinking population alone didn’t illuminate the underage drinking issue as much as it should. So, we laid out the data in a different way to find the number of violations per 100,000 minors. 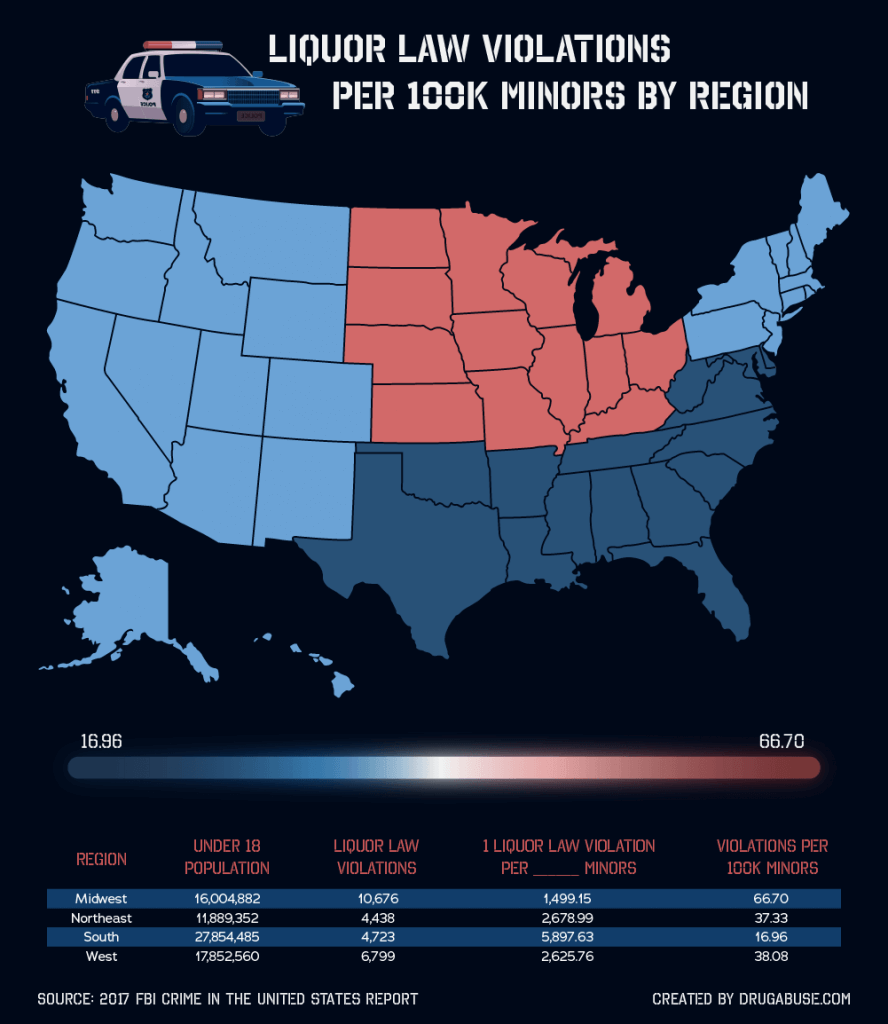 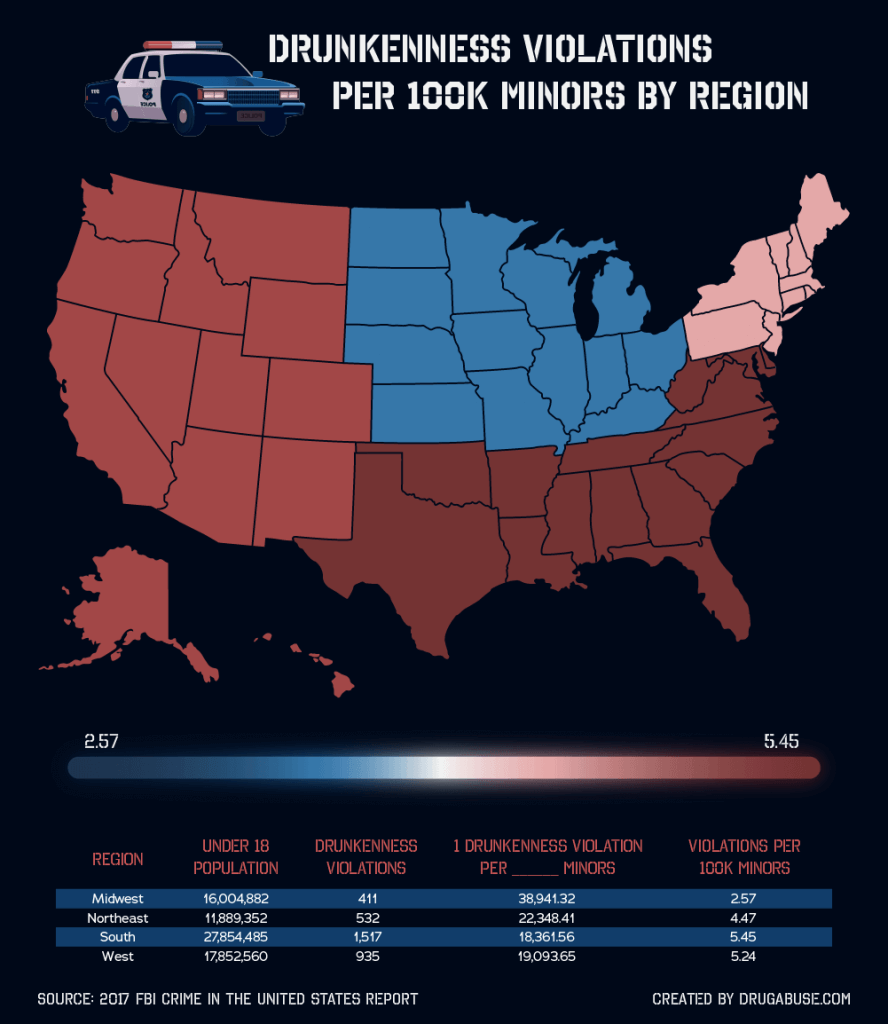 Underage drinking is an epidemic and it’s important for all of us to take this problem seriously. If you or a loved one has an alcohol dependency, please feel free to reach out today to learn how we can help.