Yes, Suboxone is Sober & The Truth About Suboxone

In 2014, almost 2 million Americans abused or were dependent on prescription pain medication. During that same time, as many as one in four people who received opioids for treatment of long-term pain in primary care settings struggled with an opioid use disorder.

When you factor in that heroin use has also been on the rise and heroin overdose death rates have increased by 20.6 percent from 2014 to 2015…well, it’s pretty clear to see we have a major problem on our hands.

To combat this growing epidemic, doctors have the option of utilizing medication-assisted treatment (MAT), an evidence-based form of treatment that uses a prescribed medication, such as buprenorphine (Suboxone), in conjunction with counseling and behavior therapies.

The Truth About Suboxone 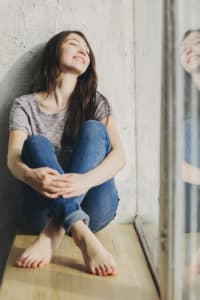 Suboxone has been proven clinically effective and has significantly reduced the need for inpatient detox services, yet it’s greatly underused due to widespread misconceptions.

Let’s address some of these common misconceptions, then separate fact from fiction:

As you can see, Suboxone has numerous advantages. Even though recovery isn’t a one-size-fits-all solution – what works for one person may not work for the next – this form of treatment often serves as a great weapon in the fight against the opioid epidemic. And let’s be honest, we need all the weapons we can get our hands on if we’re going to win the war.