Jobs change with technology, and work tasks evolve with those advancements. New policies and developments often put people out of work. It turns out, people aren’t the only ones affected by those changes.

Due to new marijuana guidelines, drug-sniffing dogs in the Pacific northwest have to get new jobs, too.

These well trained canines were trained to detect the scent of marijuana. Now that it’s legal to use cannabis in some cases, the K9 unit no longer needs them to focus on this drug. Instead, police departments in Oregon and Washington are training their dogs to search for harder drugs, like heroin, meth and cocaine. 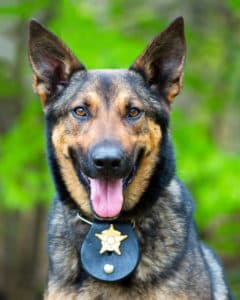 Traditionally, law enforcement agencies taught their dogs to sniff out heroin, crack, cocaine, meth and marijuana. However, there’s no way for the dogs to indicate a specific substance or the amount present. They simply alert their handlers when drugs are on the scene. Since possessing a little bit of pot is now within the law, it’s important that dogs don’t create a false alert by sounding the alarm over a legal amount of marijuana.

To prevent this, police departments in some parts of Oregon and Washington have decided to put their dogs through “extinction training” or desensitization. This method changes what drugs the K9’s will alert to if encountered. It requires about 30 days of initial training, followed by daily reinforcements to successfully modify the dog’s behavior.

Trainers and handlers are in disagreement about the potential success of this training. Some dogs might have to be retired from service. However, buying new K9’s isn’t cost effective. Training new dogs or re-training old ones can cost tens of thousands of dollars.

Other police departments aren’t making changes. Some point out that the K9 force still needs marijuana training to sniff out illegal pot practices. Not everything is above bar; possessing anything over one ounce is still a crime in Washington. The dogs can prove helpful in marijuana trafficking, illegal growing, and large-scale possession.

Many agencies are taking a wait-and-see approach. Recent court rulings could make dog-assisted prosecutions harder to stick. Concerns about personal rights infringements are generating attention and may make the entire K9 force unusable in many instances.

In the meantime, fewer dogs are focusing on marijuana detection. It’s possible the skill will become as obsolete as reading a paper map. Officer Daren Kendrick notes, “Drug-detection dogs will probably never go away. But who knows? Maybe in five years, you may be able to count on one hand the amount that can detect marijuana.”