The Effects of Cocaine Use

Cocaine is a powerful and highly addictive substance. Cocaine hydrochloride remains a schedule II controlled substance, as it has some legal therapeutic application as a pain reliever and vasoconstrictor, useful in association with some medical procedures. In most other cases, it is an illegal substance--one that is widely abused for its pleasurable stimulant effects.

Cocaine can be found in a number of forms, including a white powder, paste, or solidified and rock-like (the latter commonly referred to as "crack cocaine"). Whatever the form, the drug acts as a strong stimulant substance that can:

Dependent on the method with which it is used—e.g., smoked, snorted or injected—cocaine can be quite rapidly acting. One of it's effects in the brain is to increase dopamine release. Dopamine is a neurotransmitter that plays a role in the brain registering positive feelings, and "rewarding" the behaviors that led to those feelings to begin with. This increase of dopamine is, in part, what leads to the subjective "high" of cocaine use and its addictive power.

The high experienced after use is accompanied by a number of desired effects, including:

Some people use the drug in a misguided attempt to enhance performance or meet some other end goal. Since it temporarily decreases the need for sleep, some people will abuse the substance to stay alert, to study, or to accomplish a strenuous task. Since it suppresses the appetite, it is also sometimes used as a weight-loss tool. The long-term outcomes for both of these scenarios are bleak--people may find themselves tragically ensnared by addiction for what started as a grab for fleeting gains.

In a way similar to other drugs of abuse, its use is associated with unwanted short-term effects. Cocaine use may also bring about:

The Influence of Method of Ingestion on Drug Effects

The method by which cocaine is administered has an influence on the short-term effects of the drug:

It is sometimes abused in combination with a number of other substances--further compounding its risks to health. Combining drugs like cocaine and alcohol can be particularly dangerous. What's really in that cocaine?
Learn about the dangerous additives common in this drug.

What are the Side Effects of Cocaine?

Whether used for short durations or extended stretches of time, any use is associated with side effects. Usage can lead to a serious heart attack, even in those that are young and otherwise healthy. Taking large amounts is associated with erratic and possibly violent behavior.

Other side effects of  use include:

Can you Overdose from Cocaine?

In 2011, more than 4,500 people died from an overdose. Even though males are more likely to die from taking too much of the substance, it can happen to someone of any gender.

Overdose from cocaine can result in:

The risk of overdose is compounded when it is used with another dangerous substance like alcohol or other drugs. The combination of cocaine and heroin is particularly deadly. Known as a speedball—this mixture creates a serious risk of overdose.

Learn more about insurance coverage levels of some household health insurance brand names via the links below:

When short-term use crosses the line into long-term use, the risks increase for new and exaggerated negative results. These lasting health risks illustrate the drastic impact cocaine has on the abuser's physical health.

The potential health consequences of long-term use include:

Not only does the method of ingesting cocaine alter the immediate side effects, it also leads to different long-term effects:

Use over a long time period can also lead to addiction, depression, isolation from family and friends, psychosis, paranoia, and severe respiratory infections.

My friends and I would go to the mall after school; we said we were getting chicken fingers, but I'd meet the drug dealer and spend $50 on a gram, then a longtime housekeeper would pick us up. We didn't even have our licenses, but there we were, doing coke at each other's houses. The rest of my friends' moms went through their stuff, but my mother trusted me, so I hid everyone's stash in my closet. But because I had access to it, I started doing coke by myself. I'd get high in the school bathroom or at home before writing a paper.

Using cocaine can rapidly lead to tolerance and addiction:

According to a paper in Neuropsychopharmacology, 5-6% of people who have recently begun using cocaine will become long-term users. This varies with each person's individual brain chemistry, but the presence of dopamine in the brain is a highly rewarding feeling that most people will work to replicate.

Risk for addiction increases when there is an untreated mental or physical health concern that the abuse masks. Some will self-medicate with illicit substances—meaning that they address their current problem through use of cocaine. For example, someone with undiagnosed depression may be drawn to the appeal of the drug's effects.

Drug addiction is often marked by:

When a user becomes dependent on the drug, one's body will have a strong, negative reaction to periods without the drug. The most common effect of cocaine withdrawal is a "crash." A crash usually includes symptoms like:

The crash can last from hours to days depending on the frequency, amount, and period of previous use. 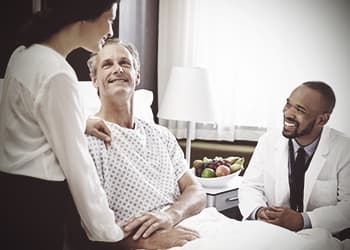 The cravings that accompany withdrawal can be intense, but can be treated with proper care and support. Treatment can take place on an inpatient, residential, or outpatient basis.

Inpatient care means that the addict is in a supervised, residential setting. Often, these settings will be staffed with medical and mental health professionals. Short-term inpatient detoxification may be needed to allow removal of the substance from the body in a safe, monitored environment to decrease withdrawal symptoms.

Residential-based treatment centers usually have a more home-like atmosphere. Those recovering from addiction live at the rehab center fulltime and focus exclusively on their recovery. Residential treatment may include individual or group counseling, medical treatment, or other types of addiction therapy.

Outpatient-based treatment means that the addict lives at home and continues his or her daily routines while attending treatment on a regular basis. Again, this treatment will include a range of options including individual and group therapy sessions with a focus on mental health and drug and alcohol issues. By diagnosing and treating any underlying medical conditions, such as depression and attention-deficit disorder, there is a better rate of abstinence from cocaine and a higher likelihood of successful and long-term recovery.

In less than five minutes, see if your loved one—or you—is addicted to cocaine. Take our online confidential survey.