Dexedrine is the brand name for an extended-release formulation of dextroamphetamine, a central nervous system stimulant prescribed to treat attention deficit hyperactivity disorder (ADHD) and narcolepsy. Dextroamphetamine is also one of the active components of Adderall, another commonly prescribed stimulant.

Prescription stimulants have found unequivocal success in treating ADHD and narcolepsy, but, unfortunately, these medications do have addictive potential when used outside of medical need. In the past two decades, stimulants like Dexedrine have been increasingly used for non-medical purposes, including attempts to:1,2

In certain populations—for example, teens and college students—the common misperception is that these medications can help improve studying ability and therefore improve grades even among those without ADHD.1,2  For this reason, prescription stimulants are often called “study drugs.”  Research, however, has shown that although these medications do increase wakefulness, there is no evidence of cognitive enhancement in users who don’t have ADHD.2

Snorting or injecting drugs can pose serious health risks and quicken the onset of addiction.

Most users consume prescription stimulants orally; however, users taking the drugs to get high may resort to snorting or inhaling it or even injecting it to experience more intense effects. These methods can pose serious health risks and quicken the onset of addiction.3

According to the National Institute on Drug Abuse (NIDA), abuse of prescription stimulants like Dexedrine is increasing,9 with many young people abusing them after receiving/purchasing them from a friend or relative. Stimulant misuse can have serious consequences, including high blood pressure and other cardiovascular problems, headache, panic attacks, and even suicidal or homicidal thoughts.1

An individual taking stimulant medication as prescribed may experience some possible side effects that occur with normal use like restlessness, trouble sleeping, tremors, and weight loss, but the more severe side effects may be stronger indicators of problematic use. These include (but are not limited to):4

Other telltale behaviors associated with Dexedrine abuse include:

How to Help a Dexedrine Addict Apart from the physical and psychological symptoms associated with Dexedrine abuse, a major consequence of misusing a stimulant like this is that it can lead the user down the path to physical dependence and addiction relatively quickly.

Drug dependence, or the physiological need for a substance, develops with repeat and/or chronic substance use. When the user tries to take less or quit altogether, they may experience a variety of withdrawal symptoms that range from bothersome (e.g., severe fatigue) to dangerous (e.g., depression or suicidal thoughts).4,5 Withdrawal avoidance tends to perpetuate use, so even if a person has stopped liking the drug, they may continue to take it anyway, creating a neverending cycle of drug use and regret. Some physical dependence may occur with normal prescription use; however, abusing Dexedrine—especially at high doses—may hasten this phenomenon and make quitting that much more challenging.

A steadily growing physiological dependence is often a harbinger of a developing addiction to Dexedrine. However, rather than merely describing a physical need for the drug, addiction is characterized by the continued, compulsive use of the drug even while it is causing harm to your body, life, or both.

Withdrawal avoidance tends to perpetuate use, so even if a person has stopped liking the drug, they may continue to take it anyway, creating a neverending cycle of drug use and regret.

The risk for abuse of and addiction to Dexedrine is especially high because, like many other addictive substances, it has an impact on dopamine activity—a neurotransmitter instrumental in processes such as pleasure, movement, motivation, and reward.

When Dexedrine is prescribed and taken according to the prescription, dopamine is steadily released, theoretically mimicking the brain’s natural release of the chemical.2 However, when someone takes it in ways other than prescribed, they can experience dopamine surges that result in feelings of euphoria or extreme well-being.2 This “high” can keep the user coming back to Dexedrine over and over.3 As time goes on, other activities that normally result in dopamine release won’t be able to compare to the drug; use of the stimulant will likely begin to take over other priorities, and the user may take Dexedrine even when negative consequences are occurring or are likely to occur.

Do you or someone you know struggle with drug abuse? Find out how to get help.

Taking too much Dexedrine can quickly propel the user into a life-threatening overdose situation. A toxic dose of Dexedrine can cause:4,5

The effects of stimulant misuse include social and personal ramifications that may be long-lasting. Dexedrine addiction may be associated with:

If you’ve seen Dexedrine causing problems in your life or the life of someone you care about, you are not alone. Call 1-888-744-0069Who Answers? to discuss your options with a treatment support specialist.

To prevent your teen from abusing stimulants, talk to them early about drugs and explain the dangers of prescription pills.

Prescription stimulant abuse significantly impacts the teen and young adult population. These populations may take Dexedrine in a misguided attempt to improve their performance in school or at work.1,2 They may also use stimulants to stay awake during social gatherings and parties.1

NIDA states that since drug use early in life is a major risk factor for addiction later on, the best way to curb this risk is to prevent young people from experimenting with drugs at all.6  Adolescence is a period of change in brain morphology—specifically the prefrontal cortex—which is responsible for decision-making, planning, and self-control.  Substance use can disrupt the later stages of maturation in the prefrontal cortex, potentially carrying serious consequences, including future onset of substance use disorders and other mental health issues.

If your teen is abusing Dexedrine or other drugs, call us at 1-888-744-0069Who Answers? today. Getting help early can save them from developing a debilitating addiction in the future. 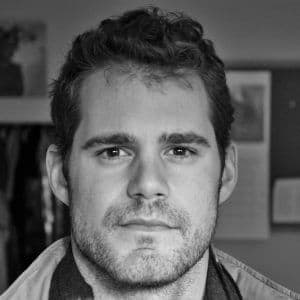