Dilaudid (hydromorphone) is a prescription opioid prescribed for the relief of pain. It may be prescribed as a liquid, tablet, rectal suppository, or injectable solution.

In 2014, an estimated 4.3 million people used narcotic pain relievers such as Dilaudid and other opioid analgesics (painkillers)that were not prescribed to them  (Heller, 2016).

Dilaudid is commonly abused for its sedating, relaxing, and euphoric effects. The euphoric high is similar to that of heroin and other opiates. Abuse of the drug can be dangerous and potentially fatal. Overdose and death can occur when Dilaudid is taken in high doses or when combined with other central nervous system depressants.

Prolonged use leads to tolerance, meaning that more of the drug is needed to achieve the original high. Increased tolerance may easily lead to physical dependence and addiction. Those who become dependent on hydromorphone typically experience withdrawal symptoms when they attempt to stop using, as the body and brain become accustomed to daily functioning with the support of the drug.Help for Dilaudid addiction, however, is possible.

It can sometimes be difficult for an individual to realize he or she has become dependent on Dilaudid, as addiction may develop after being prescribed the medication by a doctor. If you are concerned that you or a loved one may be addicted to Dilaudid, look for the following common signs and symptoms of Dilaudid addiction:

You might also notice significant lifestyle and personality changes that may include:

There are a number of potential side effects of Dilaudid, which may increase in severity with higher doses. These include:

Dilaudid abuse and addiction can cause numerous troubling effects on a user’s life, including:

According to the National Survey on Drug Use and Health conducted in 2011, 1 million Americans aged 12 and over reported using hydromorphone non-medically at least once in their lifetime.

According to the Drug Enforcement Agency’s hydromorphone fact sheet:

A 2011 survey conducted by Partnership for a Drug Free America revealed that 1 in 10 American teenagers abused prescription pain medications to get high in the last year, and that roughly 6% of those teenagers had abused them within 30 days prior to taking the survey. Hydromorphone is sometimes abused by teens, though less commonly than other prescription opioids such as OxyContin and Vicodin.

Teens most commonly obtain prescription opioids from the medicine cabinets of friends and family. They are also stolen from pharmacies, nursing homes, and hospitals, or ordered illegally on the Internet. To help prevent teen drug abuse, parents should keep prescription medications out of reach, have periodic conversations about substance abuse, and acquaint themselves with the common signs and symptoms of teen drug abuse, such as: 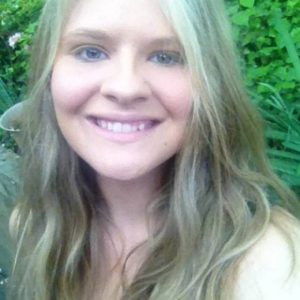