Both illicit and prescription drugs present many risks to individuals who abuse them. Drug abuse affects the brain in many ways that may lead to erratic, dangerous behaviors, social and emotional problems, and the development of addiction. In addition to its toll on mental and behavioral health, drug abuse in its many forms can profoundly impact the body—damaging a number of organ systems and influencing a decline in general physical health. The cardiovascular system is one system particularly affected by certain drugs of abuse.

The cardiovascular system includes the heart, arteries, veins, and capillaries that move blood around the body to supply organs and tissues with oxygen and nutrients while removing carbon dioxide and other wastes. Side effects from abusing illicit drugs and prescription medicines can range from mild to deadly, and they will differ depending on the type of substance abused and the method of taking it.

Most drugs classified as psychostimulants have similar, often severe, effects on the cardiovascular system. The family of psychostimulant drugs includes illicit and prescription drugs such as:

The heart-damaging effects of these drugs are mainly due to the fact that stimulants activate the sympathetic nervous system, which controls the release of adrenaline and other components of the “fight or flight” response. Even though the various psychostimulants activate sympathetic signaling through differing mechanisms, many of the effects are ultimately the same and include 1:

Together, these effects greatly increase an individual’s risk of experiencing myocardial ischemia (reduced blood flow to a portion of the heart), which can lead to myocardial infarction (the death of oxygen-starved heart muscle, known commonly as a heart attack).

Additionally, long-term abuse of psychostimulants can cause spasms of the heart muscle that eventually lead to tears in the arteries supplying the heart with oxygen or even in the walls of the heart itself 1.

Cocaine is one of the most widely abused psychostimulants in the U.S., and nearly 15% of Americans over the age of 12 are estimated to have used cocaine at least once 2. 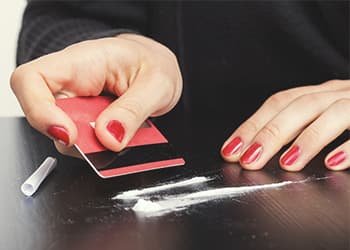 In addition to the effects discussed above, cocaine presents some unique cardiovascular risks to abusers. These risks are associated with premature heart attacks and other cardiovascular problems even in abusers who are otherwise healthy, and one researcher has called cocaine the “perfect heart attack drug” 3.

A study that compared 20 people who used cocaine “socially” at least once per month over the course of a year to 20 people who had never used the drug showed some alarming findings. When compared to those who hadn’t used cocaine, the users showed 4:

This study demonstrated that the effects of cocaine on the cardiovascular system last long after its effects on the brain have faded. Cocaine has also been shown to increase the tendency of blood to clot, which further increases the risk of blocked arteries that could lead to heart attacks 5.

Cocaine abusers also frequently combine this drug with alcohol for various reasons including to enhance the euphoric high from cocaine or to reduce the effects of alcohol intoxication. Unfortunately, both of these substances alone are capable of increasing heart rate, and the combination can boost heart rate to even more dangerous levels.

Like psychostimulants, opioids pose grave risks to even casual abusers, but the effects of these drugs on the cardiovascular system are the opposite of stimulants. In general, opioids decrease sympathetic signaling in the body and activate the parasympathetic nervous system, which controls the “rest and digest” state of various organs and bodily systems.

This is true for both illicit and prescription opioids, including drugs such as:

As one might expect, by suppressing the sympathetic (“fight or flight”) reactions in the cardiovascular system and promoting parasympathetic (“rest and digest”) signaling, many of the effects of opioids are the opposite of those produced by stimulants including 1:

* This can occur in both opioid and stimulant use.

The most popular street drug in the U.S., many users consider marijuana (cannabis, weed, pot) to be a safe and harmless substance. In reality, this drug has several dangerous side effects, including on the cardiovascular system.

Marijuana has different cardiovascular effects depending on the amount used 1:

Physicians have also reported cases of acute coronary syndrome in marijuana users,8 a condition similar to myocardial ischemia in which blood flow and oxygen to the heart is dangerously decreased, potentially resulting in injury to the myocardium (i.e., heart muscle).

In rare cases, marijuana use may be a trigger for heart attack, especially in the first hour after use 9.

Over the last decade, so-called “legal highs” have become widely available in convenience stores and head shops around the country as well as through the Internet, especially synthetic cannabinoids (spice, K2, fake weed) and synthetic cathinones (bath salts, plant food).

While some—but not all—of these substances are not specifically prohibited by drug laws, none of them is approved for human consumption, and many have dangerous cardiovascular effects.

Synthetic cannabinoids like Spice have cardiovascular effects that are similar to those of marijuana, but many synthetic variations are more potent than marijuana and may be even more dangerous. Dangerously rapid heart rates have been found in 33%–75% of cases reported to poison control centers in the U.S. and Europe 10. Heart attacks have been observed in some cases of synthetic cannabinoid abuse, even among teenage users 11.

Synthetic cathinones are mostly used as substitutes for stimulants like cocaine or MDMA, and these drugs have cardiovascular effects similar to those drugs, although they too are perhaps even more dangerous than traditional stimulants. Studies in rats have shown that one of the most popular bath salts, MDPV, increased heart rate and blood pressure even more than cocaine 12.

A Scottish study of patients who visited an emergency department after using the popular bath salt, mephedrone (4-MMC, “meow meow”), found 79% had a rapid heart rate and 74% had high blood pressure. Additionally, 25% of these patients complained of chest pains and 21% of heart palpitations, suggesting this drug causes a high degree of cardiovascular distress 13.

The Effects of Injection Drug Use

In addition to the negative cardiovascular effects caused by opioids and psychostimulants, the many abusers who inject these drugs are exposed to additional risks. Regardless of the specific drug used, intravenous (IV) drug abuse poses many risks due to repeated injections using improperly sterilized paraphernalia. These include 7:

In addition to these effects, some additives and contaminants in street drugs like heroin and cocaine may not be fully dissolved before injection. These contaminants can clog blood vessels supplying oxygen and nutrients to organs, leading to infections and tissue death in the lungs, liver, kidneys, or brain.

Many popularly abused drugs, both illegal and prescription, have negative effects on the body, and the effects on the cardiovascular system, in particular, can range from mild to fatal. The substances discussed in this article are only a partial list. Even drugs generally considered to have mild cardiovascular effects, like the hallucinogen psilocybin (“magic mushrooms”), have been known to cause arrhythmias and heart attacks in some users 14.

Unfortunately, many drug abusers are unaware of these risks and may hide their drug use, making it difficult for physicians to properly diagnose and treat any associated health issues, should they arise 15. The tendency for many substance abusers to combine several different drugs may significantly compound these health risks. Further complicating the issue is the fact that the precise effects of these combinations are often understudied and quite difficult to predict. 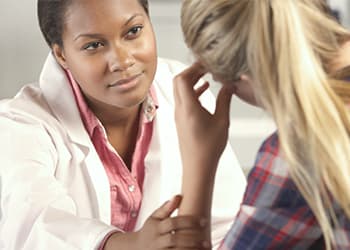 The cardiovascular side effects of substance abuse can be deadly and occur without warning even in individuals who are not habitual drug users. Those who are addicted to drugs are at even greater risk because these dangers increase when the body is exposed to these substances repeatedly over a long period of time. However, addiction is extremely difficult to overcome alone, and simply knowing the dangers of drug misuse is often not enough for an addicted individual to break the cycle of drug use. Fortunately, there are many resources available if you or a loved one is struggling with drug use.

There is no reason to gamble on your health any longer; call 1-888-744-0069 today to learn more about your available treatment options and how you can start the journey to recovery.