The Effect of Drugs on the Kidneys Chronic drug and alcohol abuse can lead to severe kidney damage or failure. The damage is not always direct; some substances may indirectly cause harm to the kidneys via biologic events triggered outside of the renal system itself. These secondary nephrotoxic effects are often a result of muscle breakdown and extremely high body temperatures 1.

The Function of the Kidneys

The majority of abused substances are excreted through the kidneys.

The kidneys’ job is to filter the blood pumped throughout the body in order to create urine 3. Urine is comprised of excess fluid and waste products and, once formed in the kidneys,  it travels to the bladder, where it is stored in anticipation of its periodic excretion  3. Working in concert with each other, these two organs help to stabilize electrolytes and prevent waste and fluid buildup in the blood 3.

Drugs and alcohol are no exception when it comes to the renal filtration process; in fact, the majority of abused substances are excreted through the kidneys 2.

There are a few factors that influence the kidneys’ ability to expel drugs, such as 4:

Kidney functioning can be negatively impacted by 4:

In some cases, if the kidneys are not functioning properly, the effects of a drug may be amplified and thus, the kidneys are more easily prone to toxicity from the substance 5. This can be particularly dangerous for someone suffering from an addiction to drugs or alcohol who is often increasing their dose to counteract tolerance.

What Drugs Affect the Kidneys?

Many different drugs, both legal and illegal, affect the kidneys’ ability to operate properly. Among these substances are:

Heroin, which is an illicit opioid that can be injected, snorted, or smoked, can cause renal damage in a few different ways: Cocaine, a powerful stimulant drug that causes euphoria and increased energy, has been shown to cause kidney complications in acute and chronic users. Much like heroin, rhabdomyolysis is commonly seen in those who abuse cocaine, and it can lead to kidney failure 2. As many as 33% of patients in the emergency room with cocaine-related complaints develop acute kidney failure 2.

Further, cocaine abuse can lead to renal infarction, as well as promote atherosclerosis, or plaque buildup in the renal arterial walls—conditions that are both characterized by disruptions in blood flow to the kidney, and resultant tissue damage  2. Symptoms of a renal infarction include nausea, vomiting, and severe abdominal pain 8.

Using MDMA, a popular “club drug,” can harm the kidneys in the following ways:

Inhalants, which are often household items, such as cleaning fluids, markers, glues, and spray paint, can lead to kidney lesions 2.

A common culprit behind inhalant-mediated renal damage is the toxic chemical, toluene, which is present in many glues and other volatile solvents 2.

Renal tubular acidosis, a condition in which acid builds up in the blood is thought to be caused by inhaling products containing toluene 2. This disease can progress to chronic kidney disease and kidney failure 12.

Binge drinking or drinking excess amounts of alcohol over time can harm the kidneys directly. However, even mild alcohol consumption can aggravate existing liver conditions to harm the kidneys indirectly 13. Drinking alcohol can significantly alter kidney structure and function.

The Effect of Liver Disease

Individuals with liver disease are at increased risk of experiencing adverse effects on the kidneys. It is common for those with cirrhosis to also have enlarged kidneys, with an estimated 33% increase in kidney weight 13. Some of the other kidney problems resulting from liver disease include

Some of the other kidney problems resulting from liver disease include 13:

Smoking tobacco is associated with a number of kidney complications, such as 2:

It may also cause progression of the following:

In addition to tobacco, the nicotine contained in cigarettes is toxic to the kidneys 19. It increases the smoker’s blood pressure, which can in turn lead to or accelerate kidney damage. Nicotine can also exacerbate kidney disease and increase the risk of kidney failure caused by type 1 diabetes, microalbuminuria, and proteinuria 19.

The Effect of Painkillers Some opioid painkillers, such as Vicodin and Percocet, contain acetaminophen, commonly marketed as Tylenol.

Long-term use of acetaminophen-containing prescription painkillers or acetaminophen alone can cause two types of kidney damage 20:

In the case of analgesic nephropathy, a person will likely require a kidney transplant or dialysis to return to normal renal functioning 21.

The Risks of Injecting Drugs

In some cases, this condition can progress to end-stage kidney failure. The prevalence of HIVAN ranges from 3.5% to 12%, depending on the study, and it typically occurs in advanced stages of HIV 11.

Get Help for Substance Abuse

If you or someone you know has a problem with drugs or alcohol, call our helpline at 1-888-744-0069Who Answers? to speak to a treatment support specialist about recovery options. 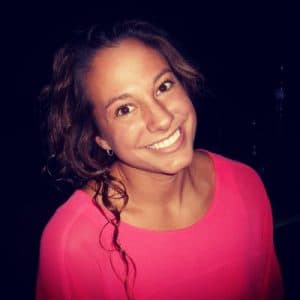