Zolpidem tartrate is a sedative-hypnotic agent found in many prescription sleep aid drugs used to treat insomnia 1. The most widely known brand name formulation of zolpidem in the U.S. is Ambien.

Its pharmacological effects often lead the user to feel extreme relaxation and drowsiness. While these effects are intended to help manage disruptive sleep disorders, they can be rewarding and pleasurable for some users—leading the individual into a dangerous pattern of abuse, which may eventually develop into a sleeping pill addiction. Fortunately, there is help for those suffering from zolpidem addiction.

Similar to benzodiazepines, zolpidem works by increasing the activity of the inhibitory neurotransmitter GABA at specialized receptors, resulting in sedation. In fact, it binds to a particular subtype of these GABA receptors that is related mainly to sedation, with less anti-anxiety, muscle relaxant, and anti-seizure activity than benzos and fewer issues with side effects like rebound insomnia and withdrawal, when taken as prescribed 2.

While safe for appropriate prescription use, zolpidem can certainly be risky when abused. In 2010 alone, more than 64,000 emergency department visits involved zolpidem use, 30% of which were due to adverse reactions to the drug 3. Even at the prescribed dose, regular zolpidem use can result in the development of physiologic dependence, and may lead to the onset of a withdrawal syndrome in the absence of the drug 1.

Zolpidem is prescribed in a number of forms, under various trade names, including:

Those abusing Zolpidem may abuse each form above in different ways, but abuse often entails using the drug in excess of prescription parameters: taking a higher dose, taking it more frequently than prescribed, or taking it recreationally.

Zolpidem abuse can also include combining it with other substances, like alcohol, to alter or enhance its effects.

Zolpidem exerts its effects by dampening signals in the brain. As a result, many of the side effects of abuse are related to this slowing of neuronal activity, and can be troublesome for the user.

Amnesia is an unfortunate potential side effect of taking zolpidem that can lead to troublesome results.

According to an article in the Huffington Post, a Washington man woke from an Ambien sleep to hallucinations of being in a plane crash, even going so far as to call 911.

Some signs of zolpidem abuse include 1,4:

Someone who is abusing zolpidem may act strangely, sometimes exhibiting confused, anxious, or upset behavior 4. In some cases, users may “sleepwalk” or otherwise engage in activities, such as driving, eating, or having sex, during their sleep. This can be extremely dangerous, as some of these activities (e.g., driving) require extreme attention for someone who’s awake. These users may experience a period of amnesia afterward, not remembering what they said or did while asleep 4.

A small percentage of zolpidem users experience effects that run counter to the sedative-hypnotic stereotype. One study found that some users do not feel the sedative effects, even at high doses. Instead, their zolpidem high involves a rush of euphoria and a stimulant-like high 5. 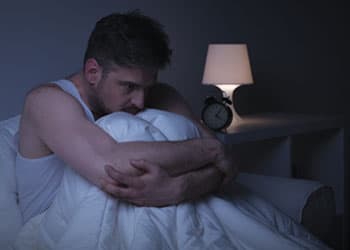 Zolpidem’s negative health effects can take their toll on the user, especially in cases of abuse. When a person begins abusing it, they may become tolerant to and dependent on the medication 6, 7. Tolerance means the initial dose fails to provide the desired effects and increasing doses are needed over time. Dependence refers to the state at which the body becomes accustomed to the drug, and essentially functions abnormally without it.

While both tolerance and dependence can occur in those who use the drug as prescribed, it is especially common in those who abuse it, and they often lead users to escalate their zolpidem use.

As use increases, the user may find they start to crave and use the drug despite negative consequences associated with use. This is a pattern of behavior known as addiction, and zolpidem users may find themselves addicted after long-term use/misuse of the drug 6, 7. Those with a history of drug and alcohol abuse may be particularly susceptible.

Abuse of and addiction to zolpidem can bring about a host of unpleasant effects. Beyond the physical symptoms that users can incur, users can experience a range of psychological fallout from their abuse. Taking zolpidem in any fashion, especially outside individual prescription guidelines, can lead to 1:

Drug effects can last beyond the intended therapeutic range into the following day, leaving users sleepy, uncoordinated, and out-of-it despite overnight abstinence 1. In cases where they’ve been active in their sleep, they may have no memory of their actions.

Overdose is a very real possibility for those abusing zolpidem. Because this substance reduces neuronal communication, zolpidem overdose generally involves a harmful reduction in brain processes and physiologic functions controlled by them. Symptoms of overdose include 1:

The 2014 National Survey on Drug Use and Health found that:

Fortunately, teen zolpidem abuse rates are not high. Only 0.2% of adolescents age 12 to 17 reported current nonmedical use of sedatives like zolpidem in 2014; however, young people who do abuse zolpidem are at high risk of harmful outcomes 8.

As the brain matures through adolescence, substance abuse can potentially cause serious developmental disruptions; prevention is vital as a person approaches adulthood.

Zolpidem is only available by prescription, but many younger people acquire the drug through prescription diversion from friends and family. One of the best ways to prevent teen abuse is to make sure all prescription medications in the house are secure. In addition, educating teens about the risks associated with misuse and abuse can help them make informed decisions when it comes to using substances.

If you know someone who is suffering from zolpidem (Ambien) addiction, we’re here to help. Call us today at to learn about how to get into an addiction treatment program.

To join the conversation, visit our Forum today.