Barbiturates are sedative-hypnotic drugs that were once commonly used as sedatives or antianxiety medications. A physician must prescribe barbiturates; otherwise, their use is considered illicit. Among their limited uses, barbiturates are used to manage some seizure disorders as well as for pre-procedural sedation. In rarer instances, they are prescribed for the treatment of headache, anxiety and insomnia. However, their use in most areas of medicine has largely been supplanted by other safer medications.

Barbiturates are controlled substances due to the potential they pose for abuse, physical dependence, and addiction.

Some of the more common barbiturates include 1,2.

Phenobarbital has a relatively narrow therapeutic range, which means the dose needs to be just right for it to be safe and effective. Those who take it to control seizures are regularly tested to see if the drug concentration in their bodies is within the right range. For those abusing barbiturates like phenobarbital, their likelihood of visiting a doctor to be tested for drug levels is extremely low. These users are at high risk of quickly boosting their concentration of the drug to toxic levels in their bodies if they regularly misuse the drug.

Even in the short term, barbiturates, if taken in excess, can quickly reach dangerous levels and exert potentially deadly effects. Also, because barbiturates are often taken with other drugs of abuse such as alcohol, narcotic painkillers, and even stimulants, the risk is even higher.

Some people abuse barbiturates because they desire the pleasant psychoactive effects of these drugs, which are similar to those of alcohol. These effects include making the user feel happy, relaxed, more talkative, and less inhibited.

Barbiturates can be swallowed in pill form, crushed and snorted, or injected intravenously.

Abusing barbiturates is extremely dangerous and can lead to severe short- and long-term physical and psychological symptoms, physical dependence, and accidental death. 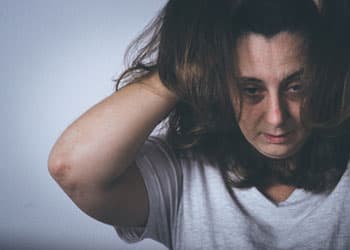 Some common signs of barbiturate intoxication include 1,2, 3:

People who are abusing barbiturates will exhibit signs that are similar in presentation to someone who is intoxicated by alcohol. These effects include, but certainly are not limited to the following 1,2,3:

Prior to the 1970s, barbiturates were the drug of choice for the treatment of anxiety disorders and anxiety-related issues and for many types of seizure disorders; however, due to their potential for abuse, the federal government restricted access to barbiturates in 1970 2, 6.7. Benzodiazepines (e.g., Xanax, Valium, Ativan, etc.) have largely assumed the role that barbiturates once had in treating anxiety. However, barbiturates are sometimes prescribed for certain patients, such as those with seizures disorders.

Since the restrictions on access to barbiturates were implemented, the number of individuals abusing these drugs has declined dramatically. Because of the relatively scant data, the actual figures regarding abuse of barbiturates are less reliable. However, we do know that: 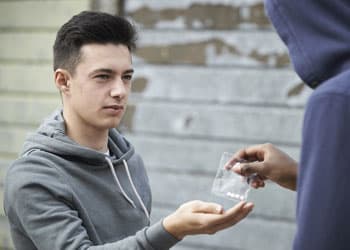 As mentioned above, barbiturates are not as commonly prescribed as they once were; however, teenagers may have access to barbiturates that are prescribed to their parents or grandparents, and in some cases may be able to obtain them illegally on the street.

Sedative drugs are particularly attractive to younger people because they provide psychoactive effects similar to alcohol without the obvious smell. Because teenagers are not fully developed emotionally, the cognitive side effects of barbiturate abuse might manifest themselves more readily in these individuals. For instance, individuals might be more prone to engaging in risky behaviors and express extreme emotional states as a result of barbiturate abuse such as 1, 2, 3:

A number of detrimental emotional side effects are associated with barbiturate abuse and teenagers may be more prone to developing emotional or mental health issues such as 2:

If you recognize symptoms in your teenager such as increased mood swings that alternate between sedation and isolation, or any of the other signs of abuse, it is important that you take action immediately. Doing so can prevent some of the more severe and/or life-threatening side effects from occurring. You can speak to a substance abuse therapist, a psychiatrist, your child’s primary care physician, or an interventionist if you are concerned that your child may be abusing barbiturates.

For more information, check out our related articles: