Barbiturates are members of a broad class of drugs called sedatives that have historically been prescribed for the treatment of anxiety, insomnia, and seizures; however, prolonged use at increasing doses may have severe health consequences, and may even exacerbate the symptoms that are originally prescribed to treat.

There are different types of barbiturates that are generally categorized by how rapidly they work and how long they remain in an individual’s system 2, 3. All barbiturates, regardless of these categorizations, are classified as controlled substances by the United States Drug Enforcement Administration 1 due to their potential for abuse and dependence.

Although barbiturates were once widely prescribed for anxiety and seizure disorders and used in surgical procedures as pre-anesthetics, their use has decreased significantly since 1970 following federal government regulations regarding their dispersion 2, 3. Benzodiazepines, certain antidepressants, and anticonvulsant medications have largely replaced barbiturates as anti-anxiety and anti-seizure medications. 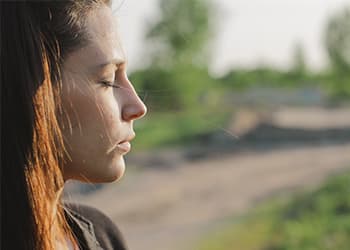 Barbiturates depress the central nervous system and have effects that are similar to those of alcohol. The immediate effects associated with taking barbiturates include 1, 2, 3, 4:

Used as a short-term medication, barbiturates can effectively relieve symptoms of insomnia and anxiety, provide pre-surgical sedation, and act as anticonvulsants for those with seizure disorders. Like all drugs, barbiturates have side effect profiles. Chronic abuse of barbiturates can produce a number of adverse effects, such as 1, 2, 3, 4:

At high doses or in overdose situations, barbiturates can result in coma, significant brain and other organ damage, or death due to respiratory suppression.

Barbiturates have a low therapeutic index—meaning that there’s a relatively small separation between the dose needed to achieve therapeutic effects and one that will result in toxic effects. Overdose can occur with surprisingly small amounts of the drug, especially when the drug is abused in conjunction with other drugs such as alcohol. Signs of overdose may include 1,2:

If you witness someone exhibiting one or more of these signs and you believe this to be the result of an overdose of barbiturates, it is pertinent that you take him to the nearest emergency room immediately. Barbiturate overdose can be fatal.

Long-term use and abuse of barbiturates can lead to a number of different complications, including 2, 3, 4:

Chronic misuse or abuse of barbiturates increases the risk of developing an addiction as well, which is characterized by problematic and maladaptive use despite negative consequences.

Physical dependence develops over time with consistent barbiturate use. Physical dependence often arises in parallel with both tolerance (the need to use a higher dose of the drug to achieve the same effects that were once achieved at lower doses) and withdrawal (a series of negative psychological and physical symptoms that occur when levels of the drug in the system rapidly decrease 2,4).

By definition, a substance use disorder occurs when an individual exhibits a problematic pattern of use resulting in a number of negative outcomes for the person.

If you or someone you love has become physiologically dependent upon barbiturates, the body has reached a new state of equilibrium with them and therefore stopping abruptly can put your body into shock, inducing withdrawal symptoms.

Symptoms of barbiturate withdrawal may develop within a few hours to a few days after cessation of use, depending on the type of barbiturate and may include 2,3,4: 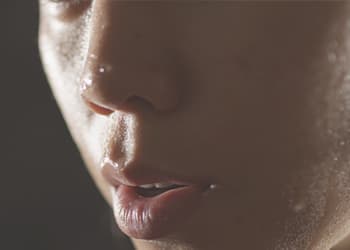 Less severe symptoms such as depression, irritability, issues of motivation, and cravings could persist for years in chronic users.

Withdrawing from barbiturates can be severe and potentially life-threatening, and should not be pursued alone. The help of a physician-supervised withdrawal management program will both ease the more uncomfortable symptoms and ensure your safety from the more severe and potentially fatal symptoms. Medically supervised detox can also increase the chance of a successful recovery from barbiturate dependence and addiction 5.

The detoxification program for barbiturates typically uses a tapering program such that the individuals are given successive decreasing doses of either a long-acting barbiturate or benzodiazepine. This gradual process allows a person’s body to adapt to lower levels of barbiturates and slowly normalize its functioning without experiencing the severe effects of withdrawal.

Other medications may also be used to control specific symptoms that the tapering process does not effectively address. Medication-assisted techniques may prolong the withdrawal process; however, it also reduces the symptoms and virtually eliminates the potential for any dangerous symptoms, such as seizures. A professional, medically assisted detox program will be administered under the supervision of an addiction medicine physician or a psychiatrist that specializes in addiction.