The Effects of Bath Salts Use

The term “bath salts” refers to a family of designer recreational drugs that contain one or more synthetic chemicals related to cathinone–a stimulant found in the khat plant, with effects similar to amphetamine.

The name “bath salts” and the ubiquitous, intentionally misleading warning that these products are “not for human consumption” arose from efforts by the illicit manufacturers and sellers to sidestep drug laws. Other labels for these drugs include:

Bath salts have been called a variant of cocaine, methamphetamine, or ecstasy (MDMA)–as their stimulant features are quite similar in nature. Additionally, like cocaine, bath salts are frequently crystalline in appearance, and can be purchased on the street. They can be injected, snorted, or taken as tablets.

What Are the Dangers?

The most common cathinone-like chemicals found in bath salts are mephedrone, methylenedioxypyrovalerone (MDPV), or methylone, but the exact composition of the different products sold as bath salts varies extensively. This variation presents one significant danger of taking bath salts since a user can never be sure of what combination of chemicals, nor what drug dose is being ingested.

Bath salts have been known to be harmful to users and those around the users for several reasons. These drugs can produce side effects like:

The effects of bath salts are diverse and inconsistent between different batches due to the variable nature of substances labeled as “bath salts.”

However, the effects caused by same type of bath salts may vary between different users and also depend on the dose taken and the method of ingestion. The common “positive” short-term effects sought by most abusers are similar to other stimulants like cocaine and can include: You don’t have to live with addiction. Learn about treatment now and reclaim your life.

In addition to the effects desired by abusers, there are many serious side effects associated with the use of bath salts. These can impact a person starting with the first time they take the drug, and it does not need to be used for a long period of time or in high doses before negative side effects occur. Some adverse effects are dangerous and may result in death if they are not treated.

The long-term effects of bath salts include many serious side effects that can result in serious injury or death. In addition to being addictive, bath salts – like many stimulant drugs – can result in dangerously erratic behavior and, over time, contribute to the development of psychoses and mood disorders.

Some of the most serious side effects include mood disorders, since these can result in profound depressed states and potential suicide attempts. Self-mutilation and delirium are both common with the use of this drug over time. Death is also not uncommon with long-term use of bath salts.

A bath salts dependency can be very serious, especially since this drug has so many inherently dangerous health effects. Dependency is usually preceded by tolerance. As the body adapts to repeated use of bath salts, tolerance will develop and the user will need to take progressively larger doses in order to achieve the same effects.

This can increase the likelihood of dangerous side effects or a potentially fatal overdose.

Dependency occurs when a user can’t stop taking the drug, without experiencing negative physical or psychological withdrawal symptoms. In cases of substance dependency, the body needs the drug and has become dependent on it. 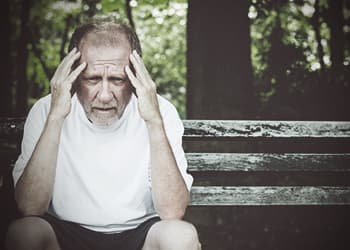 Dependency is sometimes considered a precursor to addiction. Addiction is further characterized by an inability to deal with everyday life without the substance and a compulsion to continue taking the drug despite negative life consequences, such as serious health problems, financial stresses, family conflicts, etc.

A person addicted to bath salts may:

The clinical picture of bath salts withdrawal can be virtually indistinguishable from other stimulants, such as methamphetamine or cocaine.

Medically supervised detox can help streamline this uncomfortable process and encourage the patient to continue on to a long-term program of recovery.

The treatment of bath salts abuse comes in many different steps. Medical monitoring is often necessary, and doctors and nurses are usually present to give attention to a patient as new needs and withdrawal symptoms arise. Sedatives and anti-anxiety medications may be used to help alleviate the emotional and physical withdrawal symptoms.

Psychiatric or other qualified mental health staff will remain vigilant throughout the period of detoxification and withdrawal, as anxiety and depression are frequent stimulant withdrawal manifestations.

After detoxification, patients may attend an inpatient or outpatient drug rehabilitation program, depending on their individual needs.

These facilities provide support and counseling with the goal of helping patients through the emotional and mental health issues caused by addiction. Both inpatient and outpatient treatment programs aim to:

Finally, during recovery, recovering addicts may enter a supportive facility such as a sober living house or return home. Sober living homes give people recovering from addiction time to adjust to the world before returning to their previous situations.

There are also many peer-support groups, such as 12-step programs, that can provide support and encouragement to those in recovery. The end goal for any treatment plan is to help patients return to a satisfying and productive life while avoiding relapse and a return to addiction.