The Effects of Carisoprodol Use 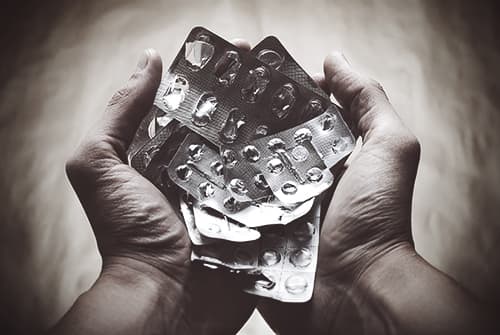 Carisoprodol, sold under the trade names Soma and Vanadom, is a muscle relaxant that acts as a strong sedative. The drug is often prescribed clinically for the relief of muscle pain and is typically recommended for use only on a short-term basis.

Carisoprodol is generally considered safe at low doses, but at higher doses or when mixed with other drugs, it can be dangerous and addictive.

Carisoprodol is often abused with other drugs because the muscle relaxant acts as an enhancer for other drugs such as opioids, additional sedatives or alcohol, and can make the “high” feeling much more potent. Drugs commonly mixed with carisoprodol include:

The Severe Dangers of Carisoprodol Abuse

At high doses or when mixed with other drugs, the drug can cause:

When prescribed by a doctor at the correct doses, carisoprodol can have short-term positive effects in the setting of painful muscle spasm or injury, including:

However, the drug does have its fair share of negative side effects that present themselves when carisoprodol is taken in high doses or when it is mixed with other drugs. Continue reading to learn more.

Worried that you’re addicted to prescription drugs?
Learn the signs and how to find treatment.

There are negative effects of carisoprodol that cannot be ignored as they can become quite dangerous at high dosages. These negative side effects include:

NOTE: Effects are more severe and pronounced when carisoprodol is combined with other substances. Mixing carisoprodol with illicit drugs and/or alcohol is known to put users at higher risk for seizures and even death.

The long-term effects of carisoprodol abuse revolve around the addiction and dependency of the drug.

Unfortunately, there are have not been many studies on the long-term effects of carisoprodol abuse. For example, the FDA warns that there has not been enough research to determine whether:

Also, since carisoprodol is often used with other opiates, health officials often refer to the long-term effects of those drugs when looking at the long-term effects of carisoprodol use. Long-term opiate use raises the risk of overdose and can permanently impair the brain’s ability to create an appropriate level of dopamine, which is necessary to naturally “feel good” and avoid depression.

Long-term abuse of any drug can also lead to lifestyle and personality changes in the addict, which may include:

Carisoprodol dependence comes with a number of physical risks. Users that have become dependent or reliant on the drug often have a greater tolerance to its effects. So in order to get the same “high,” tolerant users must take higher doses of carisoprodol, which is dangerous.

If an individual is suspected of becoming addicted to carisoprodol or one of the drugs it is commonly used with, the potential health risks are too great to ignore. Plans should be made for that person to:

Additionally, should any of the grave, potentially life-threatening side effects be experienced, the individual should be immediately taken to an emergency room or qualified medical facility.

Carisoprodol withdrawal can come with symptoms such as:

These symptoms can make the withdrawal and recovery processes difficult; however, it’s important to remember that, despite the struggle, recovery is entirely possible. The drug often changes the brain’s chemistry, and a brain going through withdrawal often needs time in order to alter its chemicals back to a more natural state.

Options for treatment include inpatient rehab, outpatient services, and 12-step programs, among others. Inpatient treatment is a great option for those who need focused and continuous care to stop using. Patients typically stay in rehab for a period of 30-90 days, or longer depending on their needs.

Some people, however, are unable to leave work or other responsibilities for an extended period of time and may find outpatient treatment to be a better option. However, when considering the benefits and drawbacks, it’s important to note that recovery enables you to effectively fulfill your responsibilities, so even if you have to spend a certain amount of time in rehab, it will be worth it in potentially saving your life and letting you perform better as an employee, a spouse, a parent, etc.

If you or a loved one is suffering from Carisoprodol addiction, there is a way to get help. Give us a call at and let us help you find the right treatment program for your personal needs so that you can get back to living a clean and sober lifestyle.