Cocaine Use During Pregnancy

Cocaine usage during pregnancy has the potential to harm both mother and baby, and the effects may be long-lasting.

According to the 2015 National Survey on Drug Use and Health (NSDUH), roughly 1,000 pregnant women reported using cocaine in the past month.1 This usage is especially prevalent among young adults aged 18 to 25. In fact, according to a national survey, 1.7% of young adults between the ages of 18 to 25 admitted to using the drug in 2015.2 In the United States, roughly half of all pregnancies are unplanned, and among women 19 years or younger, more than 4 out of 5 pregnancies are unintended.3 This means that a mother may use the drug before she even knows she is pregnant—placing the fetus at risk for exposure to the drug. In fact, women who use cocaine may have irregular menstrual cycles, which can delay the awareness of pregnancy.4

Exposing a fetus to cocaine may lead to long-term health consequences, such as behavioral problems and impaired language development. Prenatal exposure to the drug also increases the risk of adverse cognitive and neurodevelopmental issues in the baby.5

Effects of Cocaine Use on an Expectant Mother

A pregnant woman’s health in large part shapes the health of her unborn child. Maternal cocaine abuse is associated with poverty, poor nutrition, and poor prenatal care, and due to the effects of the drug and the associated inadequate intake of healthy foods, it is common for users to have vitamin deficiencies—all of which may negatively affect the child in various ways.4

Using substances like cocaine during pregnancy may also impact a mother’s likelihood of carrying her baby to full-term.5 “Full-term” is defined as birth between 37 and 41 weeks. The last few weeks of pregnancy are important stages in a baby’s brain development; a baby’s brain at 35 weeks is only two-thirds the weight of what it will be at 39 or 40 weeks.4 A shorter pregnancy could negatively affect a baby’s final growth spurt.

Video: Why Is Carrying to Full-Term So Important?

The abuse of cocaine is also associated with a number of health issues for the mother that include psychiatric health issues, cardiovascular disease, respiratory problems, and blood-borne infections like hepatitis and HIV.2

Other serious maternal health risks that may subsequently place the unborn baby in danger include the following:6

Treatment is the best investment you can make for your health and the health of your family. If you or someone you know is pregnant and unable to stop using cocaine, give us a call today at . You can speak to a rehab placement specialist any time of day or night to learn about available recovery options.

Maternal cocaine use has been associated with poor outcomes during pregnancy. Problems that may arise as a result of this drug’s use within and around this delicate period include:5,7,8 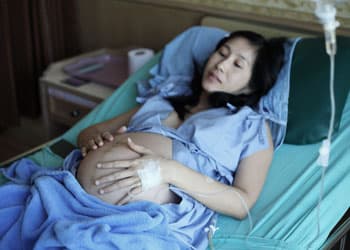 *According to the World Health Organization (WHO), preterm birth is defined as a birth that takes place before 37 weeks of pregnancy. Preterm birth is the most common cause of death among children under 5 years of age, and many preterm children suffer from lifelong learning disabilities, as well as visual and hearing problems.9

**One study of blood test results found that the use of a stimulant like cocaine was associated with 2.2 times greater risk of stillbirth.7 The trauma of experiencing a stillbirth can have long-term psychological effects on a mother and the family. Studies have noted that the maternal experience after stillbirth may be characterized by depression, post-traumatic stress disorder (PTSD), maternal anxiety, and unresolved mourning.10

Effects on a Developing Child

One study found that children who were exposed to cocaine before birth had 2.8 times the risk of having a learning disability.13

Cocaine affects the central nervous system (CNS). It is small in molecular weight and can cross the placenta, directly reaching the fetus. The direct impact of the drug on a developing fetus may lead to a number of congenital abnormalities (or birth defects), including 13

Cocaine in utero may also cause neurodevelopmental problems for offspring, potentially contributing to:5,13

Research has also found that using stimulant drugs, such as amphetamines and cocaine, is associated with increased odds of physical abuse of the child.14 This may be due to the fact that these drugs cause significant mental disturbances.14

Researchers have also found that teens who were exposed to the drug in utero were twice as likely to use tobacco and marijuana at age 15 and to develop a substance use disorder at age compared to teens who did not experience in-utero cocaine exposure.17 These teens were also more likely to have:17

If the child was mistreated, for example neglected or emotionally or physically abused, they were also more likely to suffer from the problems above. Researchers suggest that prenatal cocaine exposure may lower a child’s threshold for when they activate their stress circuits and may make them more vulnerable to stresses in their environment, including any mistreatment. 17

Teens exposed to the drug in-utero were also more likely to engage in aggressive behaviors at school, as well as steal or use tobacco or alcohol.17

Long-term drug abuse can greatly impact the development of a child. Prenatally exposed children may be negatively impacted by living with a parent who is living in the ‘‘stress and chaos’’ of drug abuse. After a baby is born, their environment can play a major role in how they develop. If a child is raised in a stressful environment, it can decrease their chances of overcoming the effects of prenatal exposure to cocaine.15

Getting Help for Cocaine Addiction During Pregnancy

If you are abusing cocaine during your pregnancy, it is important that you seek medical care for your addiction. There is evidence that early intervention can make a big difference in your child’s life. 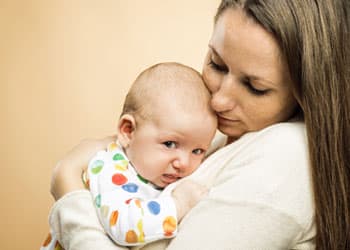 Getting help for an addiction to this drug can greatly boost the health of your entire family in numerous ways and reduce the incidence of:16

There are a variety of treatment options available to help you stop using the drug and learn coping skills. Often, a parent who abuses illicit drugs like cocaine does so in order to cope with underlying stressors, such as past trauma or abuse. Treatment can help you learn skills to help cope with these triggers without the use of cocaine or other drugs. Options for addiction treatment include:

By taking the steps to get treatment, you are creating a safe and healthy environment for your child. Research shows a positive association between mothers receiving drug treatment and:16

Engaging in drug treatment during and after pregnancy improves both your health and the health of your unborn child. Give us a call today to learn more about your options .