Cocaine is a stimulant drug with highly addictive properties that is derived from the coca plant 1. Also known as “coke,” “snow,” or “blow,” cocaine is a white, crystal-like powder that provides a euphoric high.

Cocaine is ingested in a variety of ways. It may be consumed orally and rubbed on the gums, dissolved in water and injected, smoked, or snorted through the nose 1. Snorting cocaine involves inhaling the powder through the nose, where it is absorbed into the bloodstream.

Cocaine is commonly snorted through the nose because the high typically lasts 15 to 30 minutes, which is longer than other routes of administration 2. Because the cocaine high is relatively short-lived, cocaine users may go on binges where they consume large amounts of the drug over of a period of time in an effort to maintain a consistent high.

While snorting cocaine causes a sought-after high, it has numerous downsides. Dangerous effects of snorting cocaine can include unpredictable and violent behavior, paranoia, tremors, and increased heart rate, blood pressure, and body temperature 1. Individuals who snort cocaine are also at risk of both developing an addiction and overdosing.

Why Is Snorting Cocaine Dangerous?

Snorting cocaine can be dangerous for a number of reasons. While snorting cocaine causes short-term pleasure, repeated abuse can lead to the development of a debilitating addiction 3. Cocaine is addictive because of its significant effects on the brain 2. When a person uses cocaine, dopamine—the neurotransmitter responsible for the feelings of euphoria and rewarding sensations – becomes more active. This increase in dopamine activity can reinforce a compulsion for continued use—enticing users to take more of the drug to continue feeling its effects.

With chronic use, cocaine can impart long-term changes in both the reward system in the brain and in the orbitofrontal cortex—the area of the brain responsible for decision-making, flexibility, and insight. Cocaine can also affect the brain’s stress response, causing the stress circuits in the brain to become increasingly sensitive 2. This may contribute to increased risk of future relapses 2. Animals who have been given cocaine in the past are more likely to seek it out when put under stress 2.

Over time, cocaine’s effects on the brain can lead users to compulsively take the drug despite its negative impact on their health and relationships.

Another danger of snorting cocaine is the risk for overdose. Ingesting a toxic amount of cocaine can cause sudden death 2. Snorting cocaine even one time can result in an overdose. Users with preexisting health issues and those who mix cocaine with other drugs (e.g., with heroin as a “speedball” or with alcohol) are especially at risk of overdose.

Side Effects of Snorting Cocaine

Cocaine use can cause a range of short-term physical and emotional side effects. These effects may be intensified when cocaine is combined with other drugs. Common side effects of cocaine use include 2:

In rare cases, cocaine use can lead to serious (and sometimes fatal) medical complications, such as 2:

In particular, snorting cocaine has additional health effects, including 1,4:

The effects of snorting cocaine can be extremely dangerous , and users can suffer fatal complications on the first use. If you’re using cocaine or love someone who’s addicted, don’t wait another day to find help. Call now for help finding treatment.

Do You Know What You’re Snorting?

Cocaine may be laced or cut with a variety of substances, such as 5:

Cocaine has increasingly been laced with levamisole, a drug primarily used as an anti-parasitic in veterinary applications 6. Use of levamisole as a cocaine adulterant chemical has increased substantially since its use was first detected. In samples tested in 2001, levamisole concentration was below 1%; by 2009, samples of cocaine had an estimated 10% concentration of levamisole. The DEA also reported that in 2009, 69% of the cocaine entering the US was cut with the substance 6. Levamisole looks similar to cocaine, allowing it to blend in and trick users into believing they are consuming pure cocaine 7. Cocaine combined with levamisole may cause 5,6,8:

Cocaine may also be laced with fentanyl, a powerful prescription opioid medication that is approximately 50 times more potent than heroin.

Consuming drugs like cocaine mixed with fentanyl can significantly increase the risk of a fatal overdose 7. Fentanyl can cause respiratory depression, a condition that involves inadequate breathing, and may lead to death.

How to Tell If Someone Is Sniffing Coke

If you suspect a friend or loved one is snorting cocaine, look for these physical signs:

Getting Help for Addiction

Cocaine addiction is a complex disorder that commonly occurs in association with a number of characteristic issues—each which may require specialized treatment (e.g., the presence of polydrug abuse, co-occurring mental illness, and significant changes in the brain due to continued substance abuse) 2. 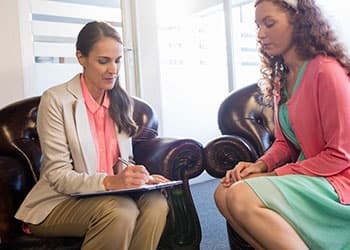 Treatment for cocaine addiction can take a variety of forms but is most effective when it addresses a person’s risk for relapse and replaces substance use with healthier alternatives. Treatment may accomplish these goals by:

Cocaine addiction treatment may be offered at varying levels of intensity based on the severity of a person’s condition:

Effective treatments for cocaine addiction include 2, 9:

During and after formal addiction treatment, recovery groups and 12-step programs like Narcotics Anonymous and Cocaine Anonymous can provide continued support for those learning to live in recovery.

If you or someone you know is addicted to snorting cocaine, call our helpline at for assistance finding a treatment program.