The Effects of Crack Use

Since it first appeared on the illicit drug scene during the 1980s, crack cocaine has solidified its reputation as one of the most addictive substances available on the street. According to the National Drug Intelligence Center, part of its popularity is due to the fact that almost anyone can make it, provided that he has the right tools. Additionally, it can be produced in smaller, easily transported quantities that are cheaper to buy than powdered cocaine. A common method of production involves mixing cocaine with ammonia, baking soda and water. As the water dissolves, dried crystals, known as crack cocaine, form.

Users typically insufflate (snort) or first dissolve in solution, then inject powdered cocaine. However, people who use crack typically smoke the substance. While uncommon, crack can also be dissolved in aqueous solution and injected, similarly to its powdered counterpart. Smoking the drug produces a faster, more intense high than snorting does because it reaches the bloodstream and brain more quickly. However, the effects of smoking cocaine are shorter in duration, lasting only 5 to 10 minutes verses 15 to 30 minutes for insufflated powder.

The short-term physical and mental effects of using crack are generally more intense than the effects from snorting powdered cocaine and are similar to what is experienced when injecting cocaine. These effects are also similar to other commonly abused stimulants such as methamphetamine.

Because crack is produced in unregulated settings from cocaine of inconsistent purity and quality, the precise effects vary greatly, but generally include:

While users claim to feel euphoric or high when using crack, there are some paradoxical drawbacks to using crack for any length of time—the initial euphoria can quickly turn to feelings of depression and paranoia.

People experiencing crack-induced paranoia might find themselves thinking that someone is trying to get into their house, that someone is following them, or that others are trying to attack them. This can lead to aggressive behavior or unprovoked attacks on others and lead to dangerous situations for both the user and innocent bystanders.

The fleeting high from smoking crack can be outweighed by a host of negative effects. Though these can vary as widely as the positive effects listed above, commonly reported side effects include:

According to an article in the journal Neuropsychopharmacology, crack use is associated with a higher rate of dependence than use of powdered cocaine.

Crack cocaine gives the user an intense, euphoric feeling. The first time a person uses crack, he or she feels an initial high that cannot be recreated by subsequent use. Users sometimes describe this as a feeling unlike anything else in the world.

Once the person experiences this initial high, he may spend years trying to chase this feeling as tolerance to the drug effects develop rapidly. In these attempts, he may take increasing amounts, putting himself of risk of overdose.

This pattern of compulsively chasing an elusive euphoric feeling is a fundamental component leading to a diagnosable mental condition known formally as ‘crack use disorder’—but, more commonly as addiction. It can only take one use for a person to be well on their way to forming an addiction to crack.

Video: Crack Cocaine and Your Brain

The following video shows how your brain is affected by crack cocaine use and how using it can lead to dependence, addiction, and an array of negative effects.

In addition to negative short-term effects, long-term crack cocaine abuse can have even more pronounced drawbacks that affect users even when they are not getting high. 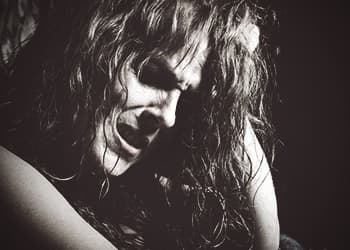 A short list of the most serious effects includes:

Some users experience a problem that abusers refer to as “coke bugs” or “crack bugs.” This is a type of tactile hallucination – also called formication – that makes the abuser feel like bugs are crawling on or below his skin. The user might have long scratch marks on the surface of his or her skin, caused by scratching in an effort to get rid of the bugs. Such hallucinations can make it impossible to sleep, and the resulting sleep deprivation contributes to the user’s disordered, delusional thinking.

Long-term crack cocaine use risks not only the mental effects listed previously but also serious risks to an individual’s health. Some lasting health effects of crack cocaine smoking include:

People of any age and gender can become dependent on crack. Crack dependency occurs after users develop a tolerance to the drug and begin using more often and in larger amounts to achieve the desired effects.

This frequent exposure to crack cocaine causes users to depend on this substance to help them avoid negative moods and feelings; those ensnared by a crack dependency will experience extreme anxiety when they are not able to obtain the drug. Because crack use itself is known to cause depression and anxiety, using it to alleviate the onset of these feelings becomes a vicious cycle—one that can quickly result in addiction.

The pleasurable or euphoric short-term effect of the drug can usher a user towards addiction after using it just once. 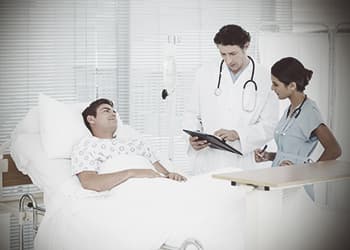 Although withdrawal from crack specifically – and cocaine in general – does not cause as many physical symptoms as other recreational drugs, the psychological effects of stopping use can be quite intense, including:

Inpatient treatment centers are a desirable choice for many crack abusers because these centers keep the user away from the drug and anyone using it. Inpatient programs can also provide the intensive counseling and therapy many people require to recover from crack cocaine addiction. Additional aftercare or sober living programs can help ex-abusers maintain their sobriety and rebuild their lives once they leave the safety of inpatient treatment.

Addiction is not a disease that should be faced alone. If you or someone you love needs help addressing a problem with crack cocaine, you can call  any time of the day for a safe and anonymous way to find treatment facilities in your state.