Why Is Crack So Addictive? 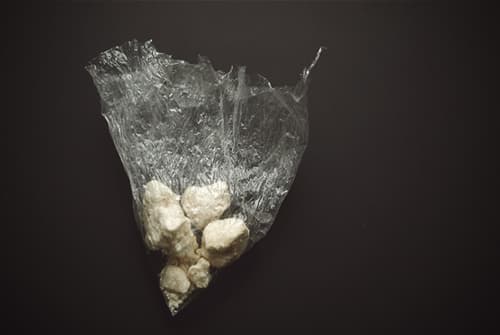 For thousands of years, the well-known stimulating effects of the coca plant have been sought for a variety of uses, and the plant itself has played an important role throughout a number of different geographic locations and diverse cultures. Its uses range from the mundane (chewed or otherwise consumed as an energy booster or mild anesthetic), to the more ceremonious (as part of religious ritual).

It was not until the mid-1800s when scientists were able to isolate and extract the active alkaloid components of the coca plant and create powdered cocaine. The advent of this purified form led to a surge in use over the next century, with cocaine becoming increasingly used both in the medical field and, eventually, for recreational purposes.

Illicit cocaine use was quite common in the 1970s, and worldwide production went into high gear to meet the demand. An eventual surplus of manufactured cocaine prompted sellers of the substance to find another way to market their drug. They accomplished this by converting powdered cocaine into a rock-like, free base form. This chunky form of cocaine could be smoked, and became popularly referred to as crack. In the US, crack use skyrocketed throughout the 1980s. Other parts of the world would later follow suit—becoming similarly affected by the crack epidemic up through the turn of the century, and continuing into the 2000s.

The drug is no longer used as robustly as it was throughout the 1980s; however its use persists to this day, and continues to present a significant public health concern. According to findings in 2014 from the Substance Abuse and Mental Health Services Administration:

According to the National Institute on Drug Abuse in 2015, between 1% and 1.7% of 8th, 10th, and 12th graders reported having used crack at some point in their lives.

Video: Your Brain on Crack Cocaine

Crack is a very addictive substance due to its potency and the rapid high that results from its particular method of use. As crack is heated, and its resultant vapor smoked or inhaled, the active cocaine component crosses almost immediately from the lungs to the bloodstream, whereupon it is quickly shuttled to the brain.

Insufflated or nasally inhaled powdered cocaine traverses a slower route to the brain—yielding effects that are less intense but potentially longer-lasting. Crack provides an immediate, intense euphoric and pain-reducing high that may only last for five minutes. The interplay of both its quick onset of action and intense high contributes to crack’s powerful addictive potential.

Once in the brain, the crack blocks neuronal uptake of dopamine from the spaces between the brain cells, effectively amplifying its activity in certain regions of the brain. Dopamine is a neurotransmitter chemical in the brain that is instrumental in mediating pleasurable sensations and positive feelings, as well as reinforcing the behaviors that lead to both. By blocking the uptake, crack allows more dopamine to be available in the brain and to connect to receptors. This rewarding and desirable feeling associated with excess dopamine encourages repeated use and crack binges, which entails continued, high volume use of the substance until it is no longer available or obtainable

As crack use continues, the person will become tolerant to its effects—at which point an increased quantity or frequency of use will be needed to produce the wanted experience. As tolerance builds, and crack use ramps up in an attempt to overcome it, the risks of sustaining physical harm and/or experiencing overdose rise. Similarly, the chances of developing a crack addiction become increasingly more likely.

Methods of Use and the Effects of Crack

Crack is most commonly smoked – usually in a glass pipe – to achieve the desired crack cocaine high. In fact, the name “crack” refers to the sound the substance makes when heated.

As a stimulant, crack has the potential to speed up various actions throughout the body and brain. While under the influence of crack, a user may:

With increased use and growing tolerance, the desired effects of the substance become diminished while the negative health effects pile up—becoming more numerous and more intense with each subsequent use. For instance, what began as slight paranoia can quickly transition into full psychotic symptoms.

Abusing a powerful stimulant like crack places the user at increased risk of experiencing cardiovascular issues such as stroke and heart attack. These risks compound when used in conjunction with other substances for the purpose of modifying the high. For example, drinking alcohol or using heroin with crack can increase the frequency of overdose as crack potentially masks the effects of the intoxication experienced from such depressant substances. Unable to detect the feeling of alcohol intoxication, for example, a person may drink way more then intended and suffer alcohol poisoning. An additional danger of combining crack with alcohol arises from the fact that the presence of both in the bloodstream results in the liver creating a cardiotoxic metabolite known as cocaethylene.

What Does It Mean to be Addicted to Crack?

Those who’ve developed a crack addiction will compulsively use the substance regardless of the negative ramifications that may come their way. Someone suffering from an addiction to crack may:

Use of crack is not a standalone indicator of addiction, but with crack’s highly addictive nature, addiction is likely to develop at some point.

Physical dependence – a major building block of addiction – refers to the point at which the body acts as if it needs the drug to function normally. An individual with a crack dependency will frequently experience distressing withdrawal symptoms without the drug.

Most individuals who’ve developed a crack dependency will experience a stimulant withdrawal syndrome when the drug is no longer available, or if it hasn’t been used for a certain length of time. Certain characteristic withdrawal symptoms may occur as the body readjusts to the absence of heightened stimulation. These may include:

One of the most troubling withdrawal symptoms is the craving of more crack. At times, the cravings are so strong that the user will relapse during withdrawal. This common occurrence underscores the value of supervised detox, in which someone in recovery can get help managing the discomfort associated with the process and avoid slipping into relapse.

How to Get Help for Crack Addiction

Unlike some other substances, and despite its potential to be quite unpleasant, withdrawal from crack rarely poses a serious threat to physical health. Even with this being true, professional treatment can be hugely beneficial for anyone attempting to quit using crack. There are currently no medications specifically approved to treat crack addiction and dependence; however, a number of behavioral therapies have proven successful in helping those in recovery from crack addiction. Tested therapies include: 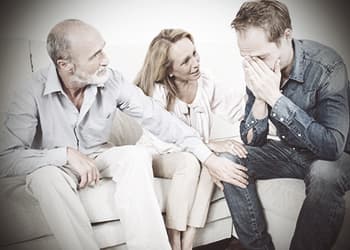 Participation with any of these therapeutic approaches can occur in both outpatient and inpatient/residential settings.

For some individuals, longer-term recovery efforts take place in a sober living setting. For example, therapeutic communities that require 6-12 month stays have been indicated to aid desired treatment outcomes.

All styles of treatment will have a focus on relapse prevention in attempts to extend sobriety and time away from crack and other substances.